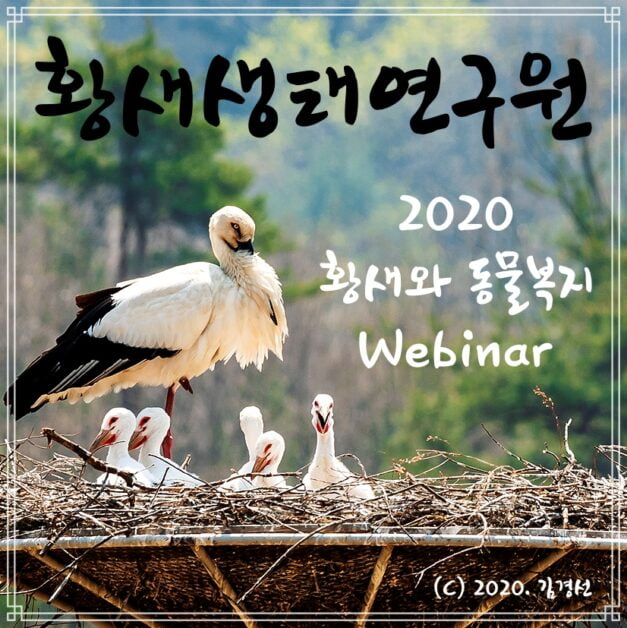 Animal welfare charity Wild Welfare, ran online training for more than 30 delegates from the Eco-Institute for Oriental Storks and other facilities across South Korea, as part of a whole day’s conference on Oriental storks.

Focussing on the conservation and welfare of Oriental storks (Ciconia boyciana), training covered animal management and behaviour and animal welfare concepts such as the provision of choice, comfort and control for captive animals.

Wild Welfare’s animal welfare field manager Sarah Blake, who delivered the training, said: “We hope this is the start of a collaborative partnership between Wild Welfare and captive animal facilities in South Korea that need our support. Our existing global partnerships help ensure improvements in animal care and welfare standards, so we hope the same can be achieved here.”

This is the first time the charity has worked in South Korea and although the link was only virtual, due to the ongoing restrictions of COVID-19, learning like this is just one way the charity is continuing to deliver animal care and welfare training to the staff and facilities that need it most.

The Eco-Institute invited Wild Welfare as they are keen to improve animal welfare for their captive storks. The individual birds at the facility are housed for breeding and eventual release back into the wild, once viable habitats have been restored.

The online training examined what it is that drives particular animal behaviours such as foraging in storks, as well as ideas behind environmental enrichment provision. Sarah also discussed management practices with delegates, sharing ideas regarding feeding devices, perching opportunities and social dynamics among birds.

The charity also provided delegates with enclosure auditing information and translated enrichment guidelines, to enable animal care staff to carry out their own actions to improve welfare standards.

Oriental storks are an endangered species, listed on the IUCN Red List as having a decreasing population, of less than 3,000. They are native to Southeast Asia, where Wild Welfare already has several projects operating, including in Vietnam, Thailand and Malaysia.

“To be a part of this conference was a real honour, because this training has the potential to positively impact both animal welfare and conservation efforts, and prevent the extinction of what is an incredibly beautiful bird,” Sarah added.