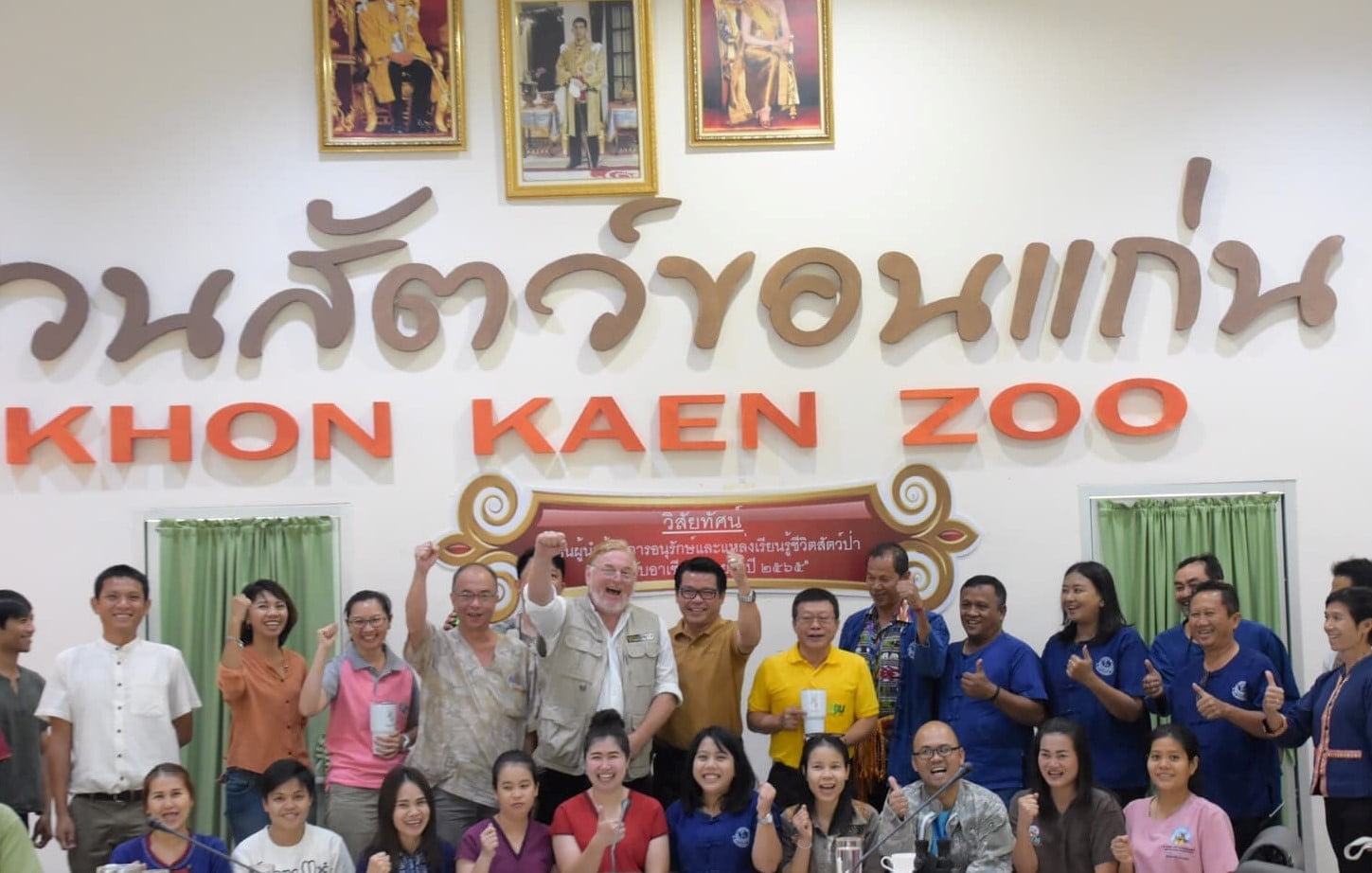 The Wild Welfare team has just returned from their first trip to Southeast Asia, as part of the roll out of the Southeast Asian Zoos and Aquariums Association (SEAZA)’s welfare certification programme.

Wild Welfare has been working with SEAZA on their new welfare certification programme, which once in place will bring in standards for SEAZA facilities to attain and adhere to and help improve care and welfare for thousands of animals housed in the Association’s 50-strong zoo and aquarium membership.

Commenting on the recent training, Wild Welfare’s field director, Dave Morgan said: “In more respects than one, these initial SEAZA welfare audits are something of an historic first for the Association and the region as a whole.

“The fact that these are part of a regional association welfare procedure is a clear indication that animal welfare is becoming increasingly important in Southeast Asian zoos. We congratulate SEAZA for initiating this process and are delighted to be part of it.”

Dave Morgan trained five Thai auditors in a day’s session held at Korat Zoo, and oversaw audits of a zoo to ensure auditors grasped a good understanding of the welfare assessment process. Joining both zoo audits were Dr Sumate Kamolnorranath, the deputy director of ZPO, and Dr Lester Lopez, a member of the SEAZA Ethics and Welfare Committee.

The auditing process involves raising findings and observations and then working with the zoo to develop a timeline for corrective action, and it is only once these corrective actions have taken place that the SEAZA Ethics and Welfare Committee consider a recommendation for a zoo’s certification and put it forward to the SEAZA Board.

This initial auditor training was very well received by all those who attended:

Dr.Sudarath Baicharoen, researcher and head of foreign affairs at ZPO, and one of the five auditors to receive training, said: ” Many thanks Dave, for the SEAZA auditor training. This program has made me understand the animal welfare standard and how to be a good auditor. I’m appreciative of being a part of helping animals to be happy, and I like your motto “welfare is right now.”

Dr Visit D.V.M., assistant director of ZPO’s Dusit Zoo, also thanked Mr Morgan, saying: “I have gained more experience about animal welfare and the principles of welfare standards that will help develop animal welfare in all ZPO zoos and other zoos in Thailand.”

The SEAZA welfare certification programme is already well on its way to becoming established across the region, with the next auditor training planned in both Vietnam and Indonesia during April, where a further three facilities will be assessed.

Our thanks go to Wildlife Reserves Singapore1, whose funding is helping Wild Welfare support SEAZA with this project to establish and enact the animal welfare and husbandry standard across the Southeast Asian region.