Why are we still failing in zoo animal welfare? 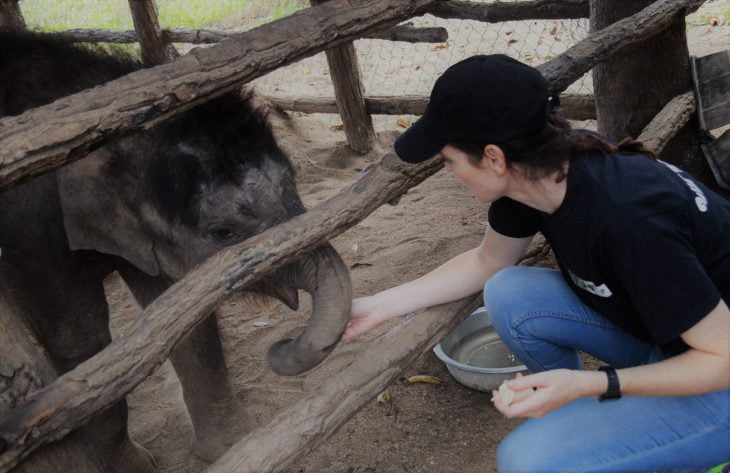 Wild Welfare director, Georgina Groves, discusses some of the reasons for poor animal welfare in zoos around the world and how the charity’s approach is working to address the welfare gaps and helping to ensure wild animals can thrive in captivity.

The number of zoos and aquariums around the world is unknown, but it has been estimated to be anywhere between 7,000 and 16,000. A small percentage fall under effective protective legislation and guiding principles from a zoo membership association such as the Zoo and Aquarium Association (ZAA). However, a significant number of facilities fall outside any ethical oversight from an association or are not influenced by adequate legislation. So, despite meaningful advances in animal welfare science by leading zoo bodies, poor animal welfare is still widely observed around the world.

From barren, overcrowded enclosures and inadequate veterinary care, to forced performances or visitor interactions that cause undue stress, overwhelming evidence indicates that potentially thousands of wild animals in captivity are suffering. Wild Welfare works collaboratively with captive facilities, regional animal welfare partners and national stakeholders, to address these issues, but, as a global problem, where do we start?

Reasons for the animal welfare gap

We have identified three main reasons why a knowledge and practical welfare gap continues between a smaller group of leading zoos and aquariums and the rest of the captive community. We have created a framework to tackle these reasons and provide the necessary support to help build good welfare standards.

Our experience suggests some of the most common and major welfare concerns in the zoo and aquarium community are ones involving the provision or lack of, primary care practices. Despite continued growth in animal welfare research, many country’s practices can still be based on historical values, beliefs or cultural perceptions. Without effective regulations in place, as a result of misguidance or simply a lack of government consideration for animal protection, an inconsistent approach to daily duty of care procedures results in poor animal care.

In many cases, poor animal welfare is due to a basic lack of understanding of species biology and behaviour, what constitutes good animal welfare, and an inability to research or gather information.

Despite a proliferation of species-specific care guidelines, many are of limited use due to language barriers, online access, or cultural implications of practise and this results in a lack of available animal care and welfare literature for the facilities that really need it.

The third reason for the welfare gap is behavioural barriers that inhibit a change in practices that improve animal welfare. People will change their attitude and behaviours if their values around a perceived problem changes. Despite the welfare of animals under human care being a moral issue, it is often governed by a scientific approach that can potentially inhibit engagement in the learning opportunities that encourage behavioural change. Identifying the barriers to developing appropriate engagement in animal welfare-related issues is critical for improving welfare standards, promoting long-term changes in attitude, behaviour and knowledge within institutions, and supporting the development of regulations and increase in expertise.

Tackling the gap with a welfare framework

Our approach engages zoos in all activities pertaining to animal care, creating opportunities for open, honest dialogue on what animal welfare really means. We encourage the development of relevant literature, incorporating cultural and legislative differences without diluting the welfare standard, and we identify what the important moral values are to those we are working with, so we can utilise these to encourage engagement and learning.

As custodians of captive wildlife controlling all aspects of an animal’s life, our ethical obligation is to provide them with opportunities to thrive.

No single solution exists for reducing global zoo animal welfare failings, but a culturally competent, collaborative, sensitive approach can help encourage engagement in welfare concepts, bringing in the age of compassionate care by all.

You can also read the published blog in Issue 28 of Welfare Pulse HERE.