Animals are being mistreated in I’m A Celebrity, says animal welfare charity 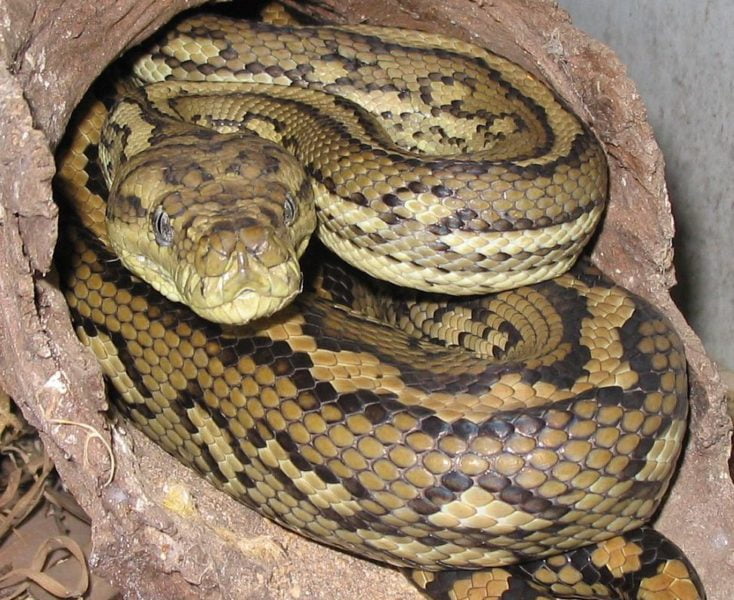 Animal welfare charity Wild Welfare, says wild animals are being mistreated in the UK television show I’m A Celebrity, because programme producers are failing to give proper consideration to animal welfare.

The TV programme I’m a Celebrity…Get Me Out Of Here, sees celebrity contestants living in jungle conditions where they are set ‘Bushtucker Trial’ challenges, often involving close interaction with wild animals.

In a recent episode Wild Welfare believes two snakes were harmed, in a challenge where a female contestant placed her hand into a small compartment containing the snakes, causing one of them to lunge at her several times and appear to bite.

Wild Welfare’s field director and herpetologist, Dave Morgan, said: “This situation would have caused the snakes quite extreme physical and psychological harm. It was a highly stressful situation that did not allow the snakes the recourse of escape, so forcing them to react in the only way they knew how.

“Any reptile expert would say the same: that the snakes’ reaction to their predicament was completely inevitable. By intentionally placing the snakes in such a stressful situation, they were forced to attempt to bite. And for what? For sheer sensationalism. The animal’s welfare wasn’t the main consideration, it was shock value and viewer entertainment.”

The two snakes being used for the challenge called ‘Viper Pit’ not venomous, but were juvenile carpet pythons, a native Australian species that is completely non-venomous. Both snakes were showing behaviour indicative of a defensive response, that snakes under acute stress will adopt when cornered. Usually when facing a potential threat, snakes – like any other animal – will try and move away, but if they feel trapped or unable to retreat, they will try to defend themselves. That is what one snake did by lunging at and biting the perceived threat – the contestant’s hand.

Wild Welfare’s projects director, Georgina Groves, said: “It’s completely inappropriate to place any animal in an intentionally stressful situation like this, with no way of escape and the only option to act to defend themselves. It is unacceptable to deliberately cause animals harm in this way.”

Carpet pythons have small, solid teeth, that face backwards in their mouth. In biting the contestant, the snake would very likely have hooked its teeth into her skin. This physical hooking action followed by the contestant snatching her hand out of the compartment, would pull the snake and its own weight off the floor, where the dangling and then dropping from height would very likely snap off, or pull out, several of the snake’s teeth. Being bodily wrenched could also cause long-term spinal issues for the snake. In contrast, at only a few millimetres in length, the snake’s teeth would only cause the contestant a superficial scratch or a few tiny skin punctures.

Georgina Groves, added: “It is absolutely vital people have proper respect for animals and we shouldn’t be sacrificing their wellbeing for our entertainment. We all have a part to play in educating the public about how to be respectful and compassionate towards animals and using them as entertainment props, causing them unnecessary stress and fear is completely contrary to that.”

Wild Welfare improves care and welfare standards for wild animals living in captivity around the world. Unfortunately, the inappropriate use of wild animals in interactions with people, such as for selfie-opportunities, animal rides and circus-style shows, is still commonly seen in some countries. Wild Welfare believes that any contact between animals and people should never result in harm to the animal or risk compromising their welfare.

The I’m A Celebrity show has aired nearly 200 times across the past more than 15 years, and more than 10 million UK viewers were watching the first episode of this latest series. The format of the show regularly involves contestants closely interacting with a variety of wild animals – anything from snakes and crocodiles to insects and rodents.

Georgina Groves, added: “I’m A Celebrity has a huge platform and rather than distressing animals to get better viewer numbers, it is actually a great opportunity to teach people about the wonder and distinctiveness of species that often inherently frighten people – like snakes – in a manner that does not compromise their welfare.”

Wild Welfare has written to ITV Studios, the producers of the I’m a Celebrity programme, to highlight its concerns over this recent episode and the show’s ongoing use of wild animals.