Reflecting on our year helping animals 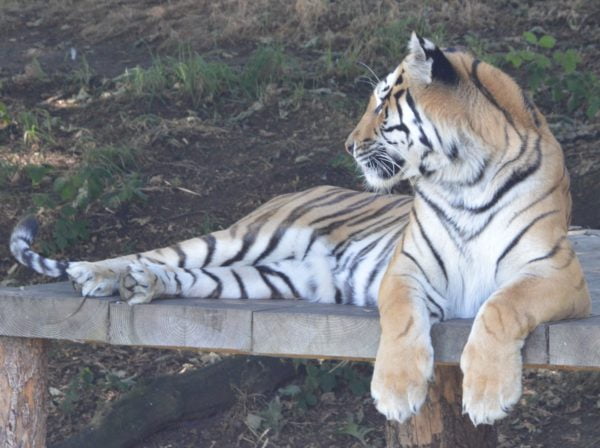 As the end of the year approaches and we remain as busy as ever planning for the one ahead, we also take time to reflect on a year that’s almost passed, what our successes have been and what setbacks we’ve faced.

The challenge of tackling the many issues facing wild animals in captivity can, at times, be overwhelming. The team that we bring together, has spent many years working in this environment and has seen animals in some of the very best of captive situations, but also sadly some of the worst.

But as we learn to process distressing situations, we stay determined to focus also on the positive – all the constructive changes Wild Welfare and its partners have already made for animal welfare and the ones we have the potential to make in the future.

This year some of those changes included training around six hundred zoo staff in Indonesia, improving lives for animals in zoos and aquariums across Brazil, with our project with the Brazilian Association of Zoos and Aquariums (AZAB), a new partnership with the Zoological Park Organization Thailand that has ensured positive improvements for nearly a dozen different species at Chiang Mai Zoo, and the witnessing of the Southeast Asian Zoos and Aquariums Association (SEAZA)’s new welfare certification programme, which when rolled out next year will benefit thousands of wild animals in facilities across the Southeast Asian region.

And of course, this year, we saw the culmination of a nearly two-year-long project to help four brown bears in Japan find a better home.

Having lived in cramped conditions for decades, the bears’ suffering was palpable. In tiny concrete cages, with little space to move around, they had no enrichment, a very basic diet and absolutely no opportunity to be bears; to dig, forage, climb or explore. We were lucky enough to join forces with a whole team of individuals and organisations from across Japan, the UK, and further afield and after a more than 5,000 mile journey, the bears took up their new home in the UK at Yorkshire Wildlife Park.

Sadly, for one of the bears, Amu, his life in captivity had taken too much of a toll on him and the new opportunity came too late. But for brothers Riku and Kai and feisty female Hanako, life in Yorkshire is wonderful – they are so busy being bears they have no idea of the impact they have had on our work in Japan, the new partnerships we have formed and the light we have been able to shine on the hundreds of other bears and wild animals there waiting for our help.

We have continued to be the voice for animals this year, making it clear that providing positive welfare for animals, means that we must give proper consideration to their emotional capacity to feel negative feelings such as pain, fear and stress and their capacity to feel positive feelings such as joy and contentment, just like us. This year we published statements on the animals suffering at Thailand’s Pata Zoo, a blind lion in a zoo in the Philippines, reptiles being mistreated on UK television programme ‘I’m a Celebrity’, the continued unnecessary cruelty of the Taiji dolphin drive in Japan and animal welfare and exploitation concerns at Mexico’s Black Jaguar White Tiger facility.

When you bring us your concerns, we don’t just make a statement condemning the visible animal welfare issues – we take action wherever we can. We contact our colleagues around the world, from within the zoo and animal welfare communities and we see what can be done to help. We galvanise a collaborative and compassionate approach, one that can take innovative action towards bettering animal welfare policies and practices. Our whole philosophy is about bringing together the expertise from these communities, uniting on common concerns that we all agree need to be addressed.

Looking back on 2018 we’re extremely proud of what we have been able to achieve for animals. We haven’t done it alone and we are incredibly grateful to the huge network of zoo and animal welfare professionals that support us and work with us in a myriad of ways.

Wild Welfare itself is a small team, but we are growing. This year we took on one new member of staff and early in 2019 we look forward to welcoming another. As we grow in number so we grow in strength, in capacity and in our ability to make change, change that will help even more animals in captivity around the world. 2018 has been a great year for helping animals, but we hope to make 2019 even better!