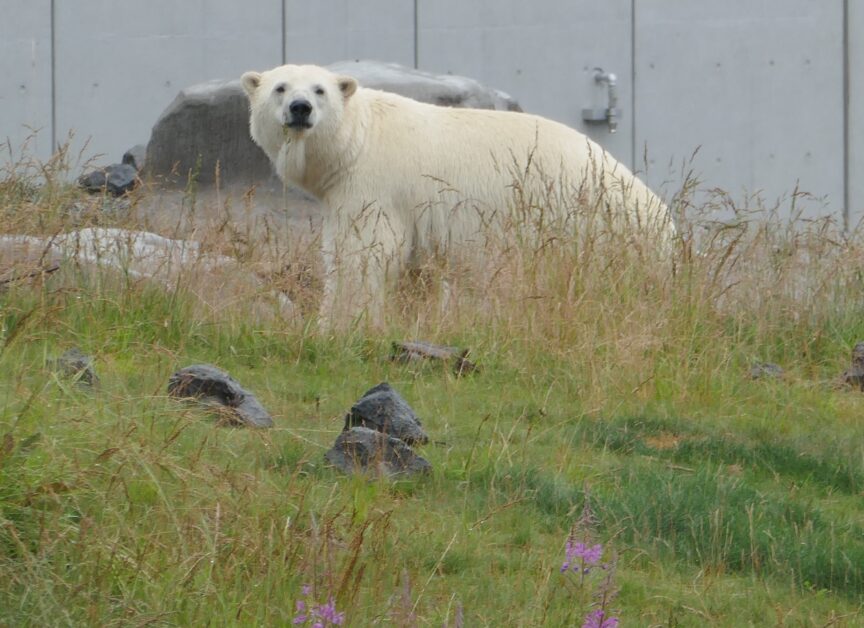 Wild Welfare has strongly condemned a hotel in China, that has been built around a polar bear enclosure, calling it out for multiple animal welfare failings.

At Harbin Polarland in northern China, it is reported that hotel guests can view polar bears 24 hours a day through windows facing onto the bears’ enclosure.

Wild Welfare’s acting UK director Simon Marsh, said: “This hotel is akin to a 21st century bear pit. There is absolutely nothing positive to say about a captive animal facility which only caters for public needs.

“These bears appear to have no fresh air, no space to roam, no privacy, no peace, no view and just artificial stimulation.”

A video seen by the charity shows what appears to be an indoor enclosure, housing at least two polar bears with multiple windows overlooking the enclosure for guest viewing.

Simon Marsh added, “Polar bears are the world’s largest land carnivore, they need space, natural stimulation and substrates and choice and control over their environment, including the ability to retire away from visitors.

“Zoos and other captive facilities should prioritise the individual needs of their animals, not the public, this is not good welfare for a bear or any other animal.”

Harbin Polarland, which opened 15 years ago, describes itself as ‘the world’s first polar performing arts amusement park’. The recently opened hotel is a new addition to the park complex.

Wild Welfare joins other animal welfare and conservation groups in condemning the hotel, but from within China there has also been public outcry, demonstrating the changing views and understanding of the Chinese on what constitutes good animal welfare.

China received public criticism in 2016, when news and images of Pizza, a captive polar bear housed in cramped conditions in a shopping centre aquarium, spread around the world.