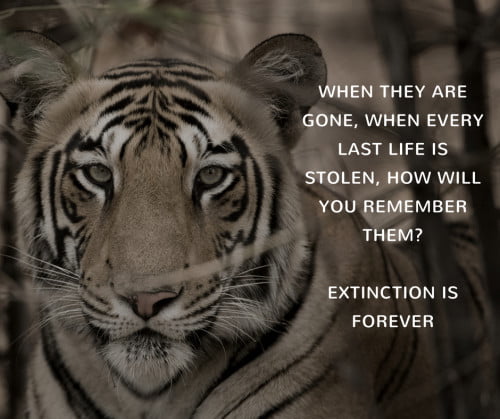 Endangered Species Day occurs annually each May and a major objective for zoos and aquariums is to help conserve protected and critically endangered species around the world. And there are some fantastic success stories, the Arabian Oryx, Eastern Bongo or Amur Leopard to name a few. In 2016, 823 species or subspecies benefited from conservation action by members of the the American Zoo Association, and 192 of these were endangered species. Dozens of zoos across North America participate in the AZA’s Species Survival Plan (SSP) Program, which aims to manage the breeding of specific endangered species in order to help maintain healthy and self-sustaining populations that are both genetically diverse and demographically stable. There are now around 113 different SSPs covering over 18 individual species.

In Europe, breeding programmes, such as the European Endangered Species Programmes (EEP), the European Studbooks (ESB) and the Regional Collection Plans (RCP), aim at conserving healthy populations of animals in captivity while safeguarding the genetic health of the animals under human care. These programmes hope to promote a collective approach between zoos, helping to maintain and safeguard hundreds of different species. Both these programmes also promote the development of species specific guidance, and encourage research and in-situ conservation initiatives to further understand the biology and demographics of endangered species.

In short, good zoos do good conservation work and can contribute to the global protection of endangered species. However, not all zoos are equal, and there are still many that exist with no true conservation imperative.

As a member of the public, it is fairly easy to identify a zoo that lacks a moral commitment to conservation. These facilities have low standards of care and welfare and their remit is entertainment, with little to no appropriate educational offer. They squeeze a wide variety of species into a limited space with a lack of resources, and have no real strategic plan on why or what species they hold.  While sometimes they may hold critically endangered and often endemic species within their collections, they can lack the genetic management and specific care required, and this, combined with a lack of collaboration between institutions can result in animals being over-bred, in-bred and living short miserable lives.  A welfare compromise in the name of conservation or for purported conservation reasons is inappropriate and should always be very closely questioned.  These facilities can actually contribute to the genetic decline of a captive population, making it that bit harder to apply proper global protection to that species.  But with some, the desire is there to improve in this area, and we provide guidance on determining what the conservation goals can be within the restraints of that facility, identifying partnership opportunities that will support their efforts and help contribute to the collaborative and global protection measures being taken with specific species.

But good conservation isn’t just about maintaining populations, it is also about appropriate education. Us humans are the single most significant threat to our wildlife through our over-use and abuse of the natural world. For example the pufferfish, a species that has survived for thousands of years is in danger from intensive fishing due to a fashion for sushi and sashimi. The Atlantic Bluefin Tuna is on the verge of collapse, since the fishing industry catches them before they are old enough to reproduce.

We are facing the 6th mass extinction, but zoos and aquariums are in a formidable position to educate their millions of visitors on how changing their behaviours can help prevent the extinction of much loved species. Survival of the fittest doesn’t apply when so much is at risk, and our wildlife needs all the help it can get. As the pressure on our wildlife continues to grow, zoos are under their own increasing pressure to respond accordingly.

Zoos recognised the silo mentality was not working decades ago, and now embrace a collaborative approach. We must champion those facilities that want to improve and also those that provide the support needed for them to meet more ambitious and much needed conservation goals. However, there are still hundreds of captive facilities that don’t take appropriate action for their animals; we must continue to collectively challenge them and just hope, that it’s not too little too late.