Engaging Hearts and Minds Through Film 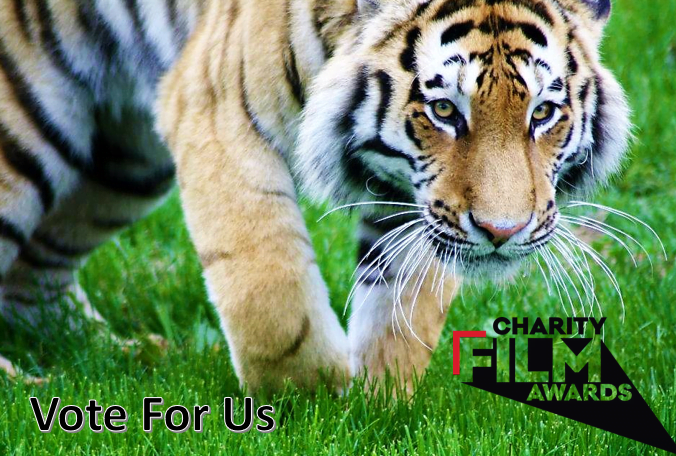 “Imagine If you were an animal in a zoo. How would you want to feel?”

That is the message of Imagine If – a video released by Wild Welfare, which has now been shortlisted for a Charity Film Award.

The Charity Film Awards celebrates the effective use of video by the third sector to change mindsets, raise awareness for the charity or fundraise.

The initial idea for the video came about because the charity wanted to encourage viewers to consider the fact that animals, like humans, have emotions. If the behavioural needs of an animal are not met in captivity, they can have negative feelings such as frustration and boredom.

Conversely, if their needs are met, they can also feel things such as joy and contentment. Despite scientific evidence to support this, there is still limited understanding that animals are sentient and capable of having complex emotions. 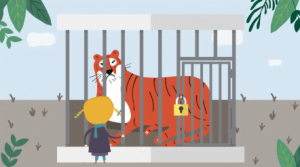 The Imagine If story begins with a young girl at a zoo. She spends some time looking at a tiger and makes an observation about him. He seems to be bored. “Why are you looking so bored?” she asks him. He explains that his cage does not provide for his needs. He has no way to hunt, play, sharpen his claws, or simply rest on soft bedding. As a result he is feeling bored and restless.

The young girl goes on to have three more conversations with various animals, a bear, a parrot and a monkey. All three species are struggling with their inappropriate environments, just like the tiger. The bear is frustrated, the parrot is stressed and the monkey is lonely. We wanted to convey the negative emotions we most commonly see when animals are not kept in appropriate environments. 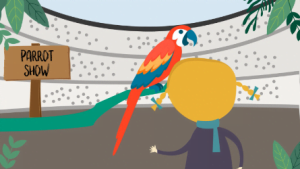 Each animal asks the girl to imagine how she would feel if she was in their situation. Ultimately the film explores how good zoos can provide positive welfare experiences if the animal’s mental well-being is prioritised and their species specific needs provided for.

“We wanted to help people to understand the difference between zoos that provide high standards of animal care, enabling their animals to live fulfilling lives and to thrive, and zoos that don’t, where animal welfare suffers as a result,” said Georgina Groves, executive director for Wild Welfare.

The hope is to eventually have the film translated into other languages. Wild Welfare currently works in 10 different countries and languages can sometimes act as a barrier to change. However, with the use of a simple animation, alongside our other training tools we are hopeful that the message of the film can be universally accessed. 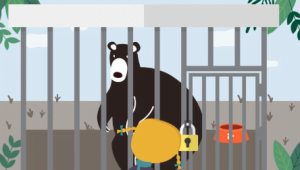 When it comes to zoos, knowledge of animal welfare by the public varies and misinterpretation occurs easily. Animal welfare concerns can be raised when there are none, while equally, other very real concerns can go unnoticed. We wanted to help people understand, so that when they visited a zoo, aquarium or other captive environment, they can make an informed judgement about what the welfare conditions are for the animals and possibly help organisations like us take action where it is needed most.

Learning about an animals’ needs and viewing those animals as sentient beings, with feelings, emotions and the ability to experience sadness, fear, frustration and loneliness, has the potential to protect captive animals from unnecessary suffering. This understanding can ensure their welfare is given priority across zoos and aquariums in all countries of the world.

Our aim was to help inform and encourage action by showing what common ground we share with animals. We decided to use simplistic animation as we were trying to convey some complex ideas about animal sentience.

As the popularity of video as the medium of choice grows across a wide range of social media channels, so too does its effectiveness at reaching a large, diverse audience. We chose a range of species that are commonly seen in captivity in poor conditions and asked the public to think about how they would feel under these circumstances, encouraging them to relate to the experiences of the animal. We have a tendency as humans to only make changes when a situation directly impacts us, so our aim was to create an animation where the public felt part of the story. 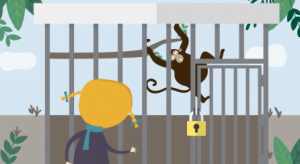 Encouraging empathy rather than apathy is critical for change.

This project was undertaken in an attempt to change human behaviour. Encouraging empathy rather than apathy in animal carers and the wider public is critical for change and Wild Welfare’s work is based around providing supportive environments in which this can be achieved.

The importance of creating awareness of the issue of poor animal welfare cannot be understated. Wild animals are suffering right now, and there are thousands of facilities which may be contributing to that. There has to be a change in attitudes and behaviour in order to eliminate the problem. The Imagine If animation is the first step to creating that desire for change.

If you want to help Wild Welfare continue to spread this message and potentially win the People’s Choice Award, simply click the link to cast your vote HERE.