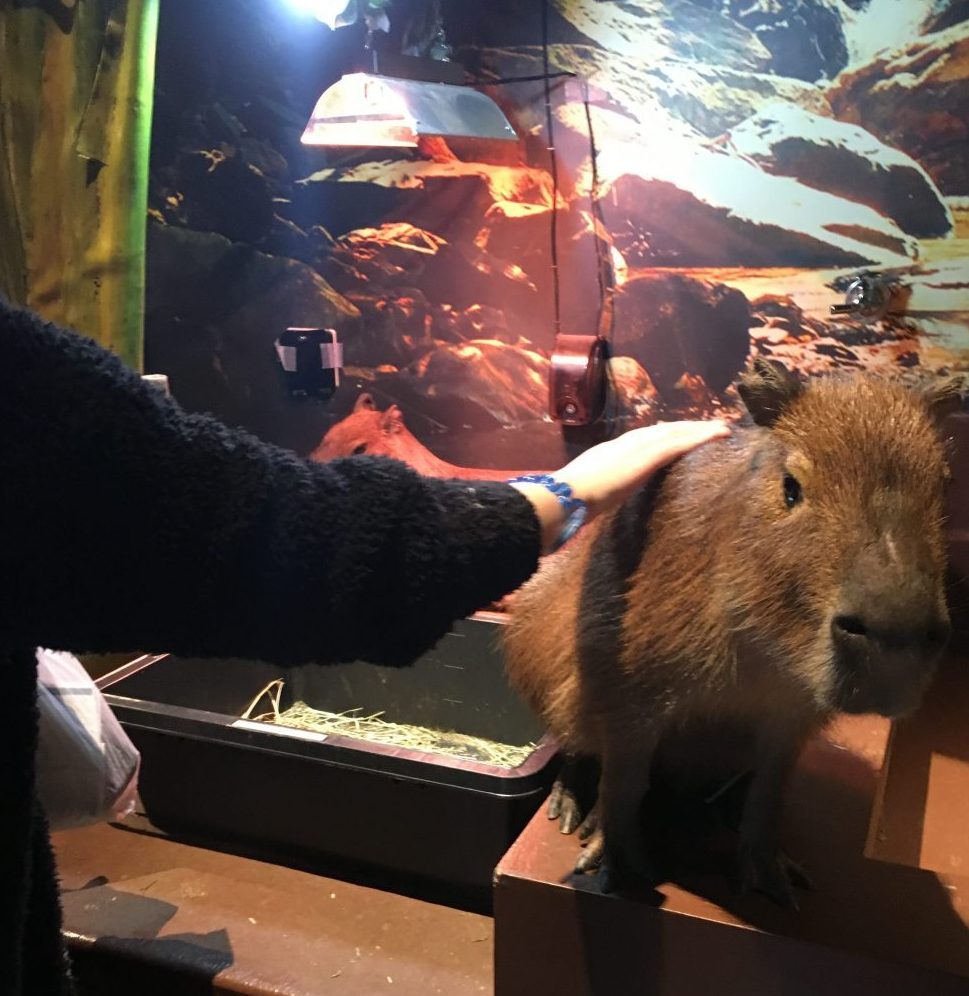 Wild Welfare has had the opportunity to present some of the charity’s critical findings on animal welfare in zoos to the Ministry of Environment in Japan today.

In partnership with the Japanese Coalition for Animal Welfare (JCAW), Wild Welfare’s research into visitor-animal interactions highlights some of the welfare problems that arise with such activities.

From dolphins and elephants to meerkats, guinea pigs and capybara, the research showed that visitors can interact with a wide variety of species, involving practices such as riding, holding and petting, none of which benefit the animals being used.

Visitor-animal interactions (VAIs) seem to be popular in Japan and many interaction- oriented facilities are springing up throughout the country. There are a huge amount of captive facilities in Japan, with around three thousand three hundred facilities registered in Japan as type I “exhibiting” animal handling businesses.

This research looked at a sub-section of those facilities that call themselves a zoo, that were not members of the Japanese Association of Zoos and Aquariums (JAZA) and therefore are not subject to any of the rules and ethical guidance set out by the national zoo association. The research indicates that numerous non-JAZA member facilities exhibit animals for the purpose of using them in VAIs.

Of particular concern in these facilities is:

Without appropriate regulations or consideration of the animal’s particular needs, visitor-animal interactions can become extremely detrimental to an animal’s welfare. Animals used for VAIs are often placed for long periods of time in environments that unsuitable for that species. Being handled and petted continuously can create chronically stressful situations and animal shows often demands unnatural and repetitive behaviours. Being tethered or simply restrained by a human can cause frustration and stress – all simply for public entertainment and/or revenue generation.

Head of JCAW, Dr. Koichi Aoki, said: “Compared to animal protection laws in other countries, Japanese legislation does not comprehensively cover non-companion animals such as animals used for exhibitions, lab animals, and farm animals. We are working to change this situation so that the welfare of all animals in Japan is ensured.”

This research indicates that the potential impact on the animal’s welfare whilst being used for visitor interactions is not known or being considered. From the use of species that do not do well with human contact, to the conditions of the facilities, welfare is clearly not a priority. It was evident that there were limited to no regulations pertaining to standards that would protect the animals involved from being over-used.

Wild Welfare’s Georgina Groves, said: “Our work takes us around the world, and sadly, we do witness visitor-animal interactions that are obviously harmful for the animals.

“A lot of people now understand selfies and photo opportunities with wild animals can cause animal suffering. Not all VAIs are bad for animals if under experienced management, but we would like people to understand that a lot of current interactions on offer, whether an animal show or simply a petting opportunity, can be very stressful for the animal.

“Visitors should consider the animal’s well-being before and after an interaction, not  just during it. As a result of being able to interact with an animal, visitors may be contributing to real animal suffering if managed under the wrong conditions.”

In order for visitor-animal interactions to ensure a high standard of welfare is maintained, there needs to be a set of rules and ethical guidelines that can be enforced. Currently under the Animal Welfare Act (MOE, 2014), all animal handling businesses – businesses that transfer, keep, lend, train, exhibit, or engage in other handling of animals with the exceptions provided under the Act – must register with the prefecture as animal handling businesses and renew their registration every five years.

While animal handling businesses must comply with the provisions under the Act, with prefectures given authority to inspect the facilities for compliance, the Act lacks any real reference to tangible animal welfare standards.