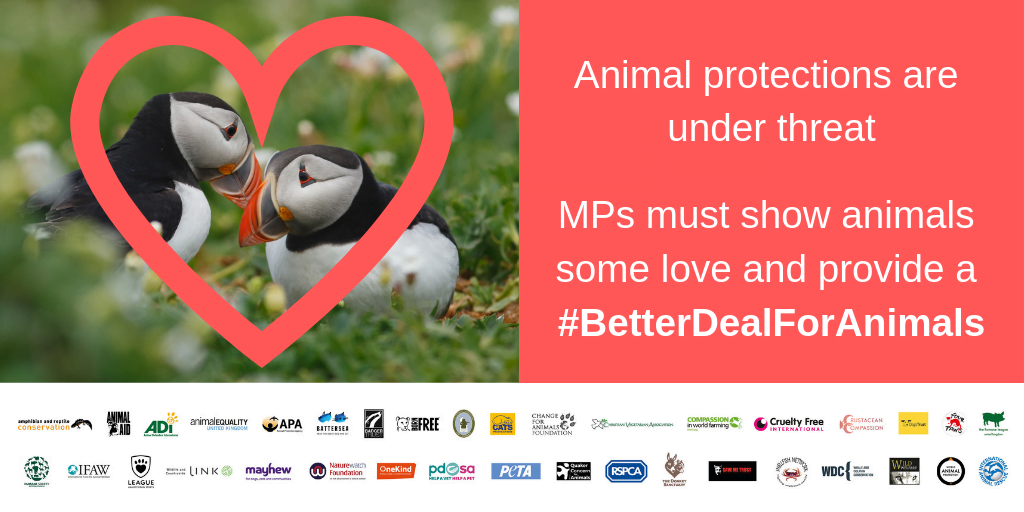 Wild Welfare is asking supporters to act for animals as the UK prepares to leave the European Union.

We are one of 36 of the UK’s leading animal protection groups supporting the Brexit Manifesto for Animals, which makes recommendations for improving animal welfare post-Brexit and includes references to captive zoo animal welfare.

We are encouraging our UK supporters to join us in taking action and asking their MPs to show love for animals and ensure that full legal consideration is given to animal welfare when the UK leaves the European Union (EU).

Wild Welfare’s director, Georgina Groves, said: “While standards of care and welfare for zoo animals in the UK are some of the highest in the world, we want to ensure we remain leaders in the industry, particularly as other countries often want to emulate and learn from UK zoo practices.”

The 36 organisations that make up the coalition1 were brought together by the UK Centre for Animal Law (A-Law) and Wildlife and Countryside Link (LINK)2 and as a group we are working hard to ensure that animal sentience is recognised in animal welfare legislation after the UK leaves the EU.

Under the European Union Treaty, animals are recognised as sentient beings, whose welfare must be protected, but as the UK leaves the EU, UK animals will lose that existing legal protection unless a new animal welfare act ensures continued legislative safeguards.

The current animal welfare sentience bill which has been suggested falls short of adequate protection and as the UK leaves the EU there is concern that animals may lose vital legal protections.

Wild Welfare wants to ensure that robust legislation is put in place to recognise animal sentience, so is calling on supporters to join the coalition in being a voice for animals in the UK.

Here’s how you can get involved:

You can ask your MP to support a #BetterDealForAnimals and give the government a clear message that animals deserve the best legal protection.

Wild Welfare is committed to ensuring that animals, including those in zoos and captive facilities across the UK, do not become victims of Brexit and that strong new welfare laws are put in place to ensure their continued protection.