Five practices that should end in zoos 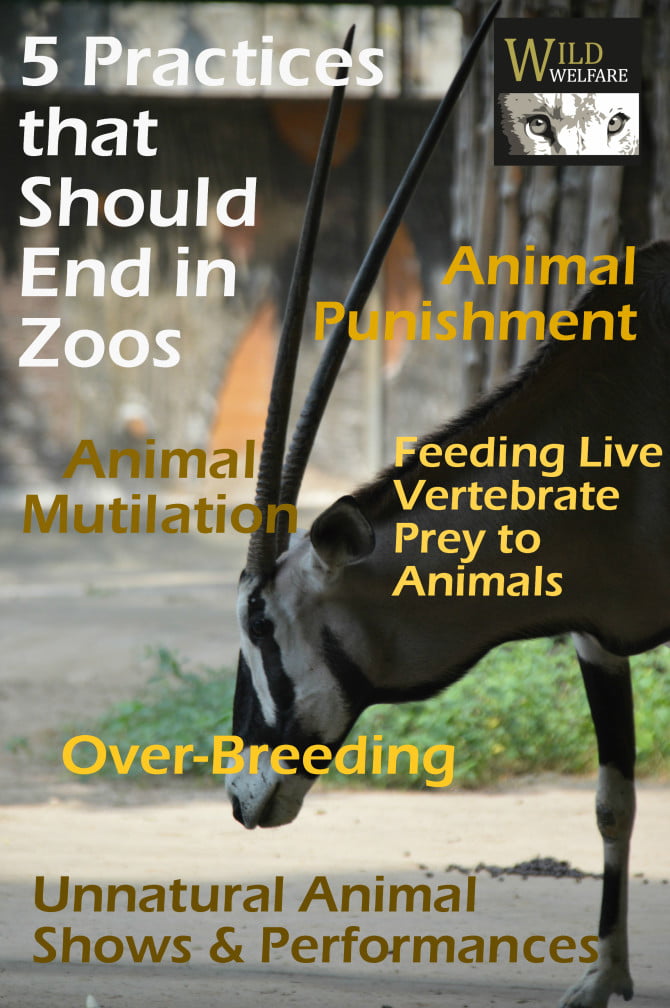 Animal Punishment – Sometimes used as a form of control during activities such as training, punishment should never be used to dominate an animal as it can cause both physical and mental suffering.

Animal Mutilation – Some animals in captivity are still mutilated as a form of control or safety for humans. It causes both acute and chronic pain and suffering in the animal.

Feeding live vertebrates – There is controversy over the feeding of live vertebrates, which is still commonly used for reptiles, and in some cases for mammals. Many cite that some species will only eat a live animal. However, live feeding can result in the unnecessary suffering of the prey animal and also potentially the predator, and should only be carried out under exceptional circumstances and under the supervision of a vet.

Over-breeding – Can cause over-crowding, stress, aggression and unnatural levels of fighting. Captive facilities should only breed animals where they can provide a high quality of life for the whole of an animal’s life.

Unnatural Animal Shows and Performances – Circus-like shows are unethical, un-educational and often result in poor welfare for the animals involved. Within the confines of shows, animals should only demonstrate behaviours they would naturally carry out in the wild, and not be forced to do a behaviour they would not voluntary carry out if given free choice.