Working towards a welfare assessment programme for the Vietnamese Zoo Association 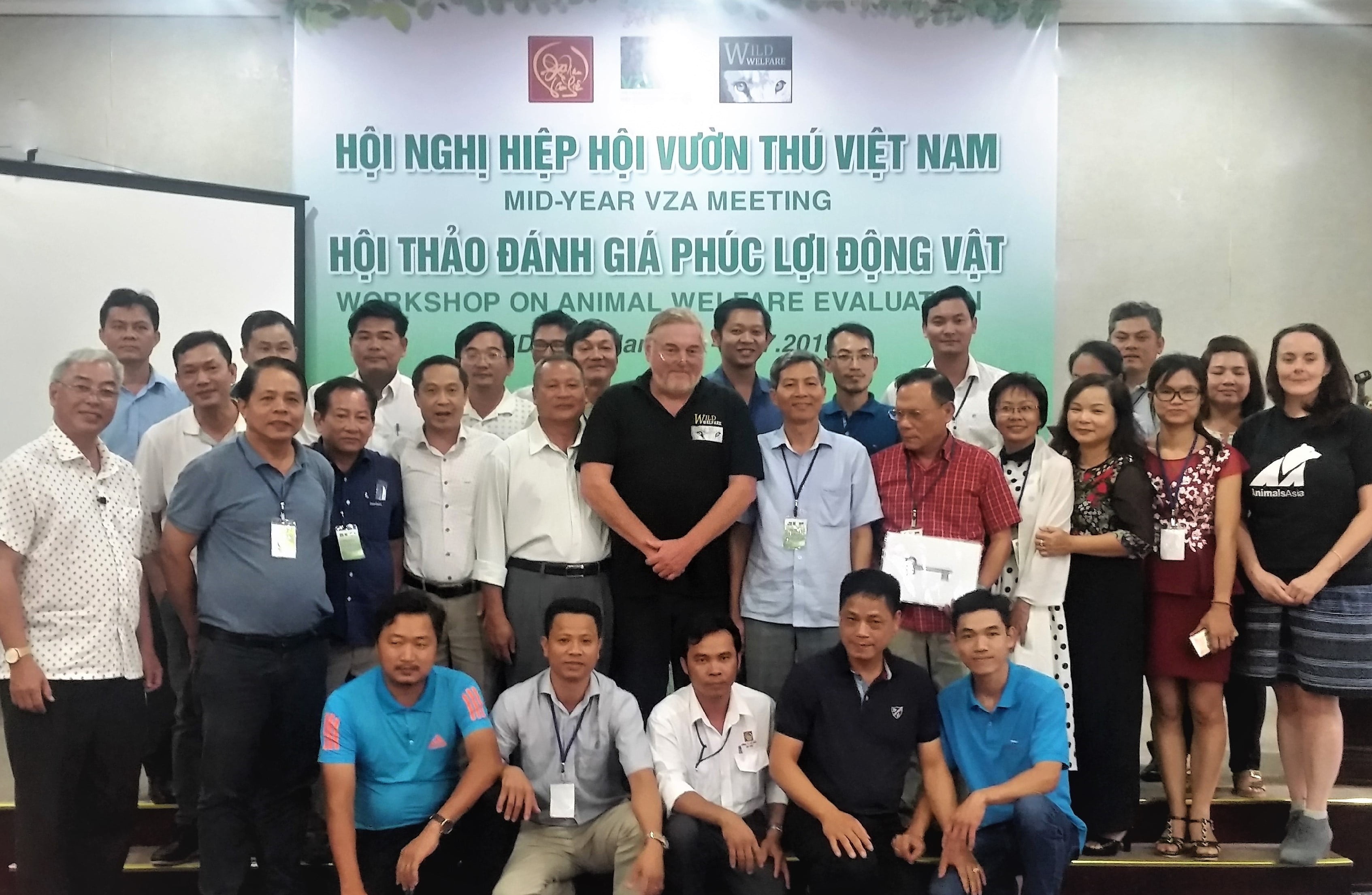 Wild Welfare has been in Vietnam, presenting at a welfare seminar with the Vietnam Zoos Association (VZA) and partners Animals Asia.

The two-day event was focussed on developing high standards of animal care and management in VZA member zoos. Held at Đại Nam Zoo, in the south of the country near Ho Chi Minh city, around 30 participants representing 12 zoos attended what was also the VZA’s mid-year meeting.

Wild Welfare’s field director, Dave Morgan, gave an introduction to animal welfare assessments – what they are, why they are so important, and how to carry them out, which included participants carrying out assessments for real throughout the zoo.

Dave Morgan, said: “The VZA members were very keen to hear about how to achieve positive welfare for the animals in their zoos. It’s great to work with enthusiastic zoo staff and to know that by delivering this training we can hope to initiate long-term changes that will really help improve animal welfare.”

Animals Asia’s animal welfare officer Nguyen Tam Thanh, gave a presentation on the basic principles of animal welfare and their behaviour specialist Heidi Quine, covered zoo animal health and behaviour. Hanoi Zoo, where Wild Welfare and Animals Asia have been working with zoo staff for several years to help make animal care and welfare improvements, also gave a presentation, delivered by the zoo’s Mr Cuong, on animal enrichment and the progress the zoo has been making for its animals.

The seminar also provided an opportunity for participants to consider a list of prohibited practices and non-negotiables for VZA member zoos to adhere to. Wild Welfare considers some management practices completely unacceptable and when carrying out welfare assessments regards these non-negotiable practices as ones that must stop in order for animal welfare to improve. They include practices such as the feeding of live vertebrate prey to other animals, animal mutilation that injures, disfigures, or physically changes an animal permanently, and animal training that involves physical punishment.

One of the overarching aims of this seminar was to move towards the VZA adopting a welfare assessment programme for its members. When adopted the programme and the standards it is based on would form part of a membership criteria, that could help instil positive animal health and welfare practices in VZA zoos. The use of regular welfare assessments and reviews would help to ensure long-term improvements in animal welfare across member zoos.

Dave Morgan added: “This seminar was another opportunity for us to help VZA zoos move further forwards in their commitment to good animal welfare standards and we look forward to what our ongoing partnership can achieve.”