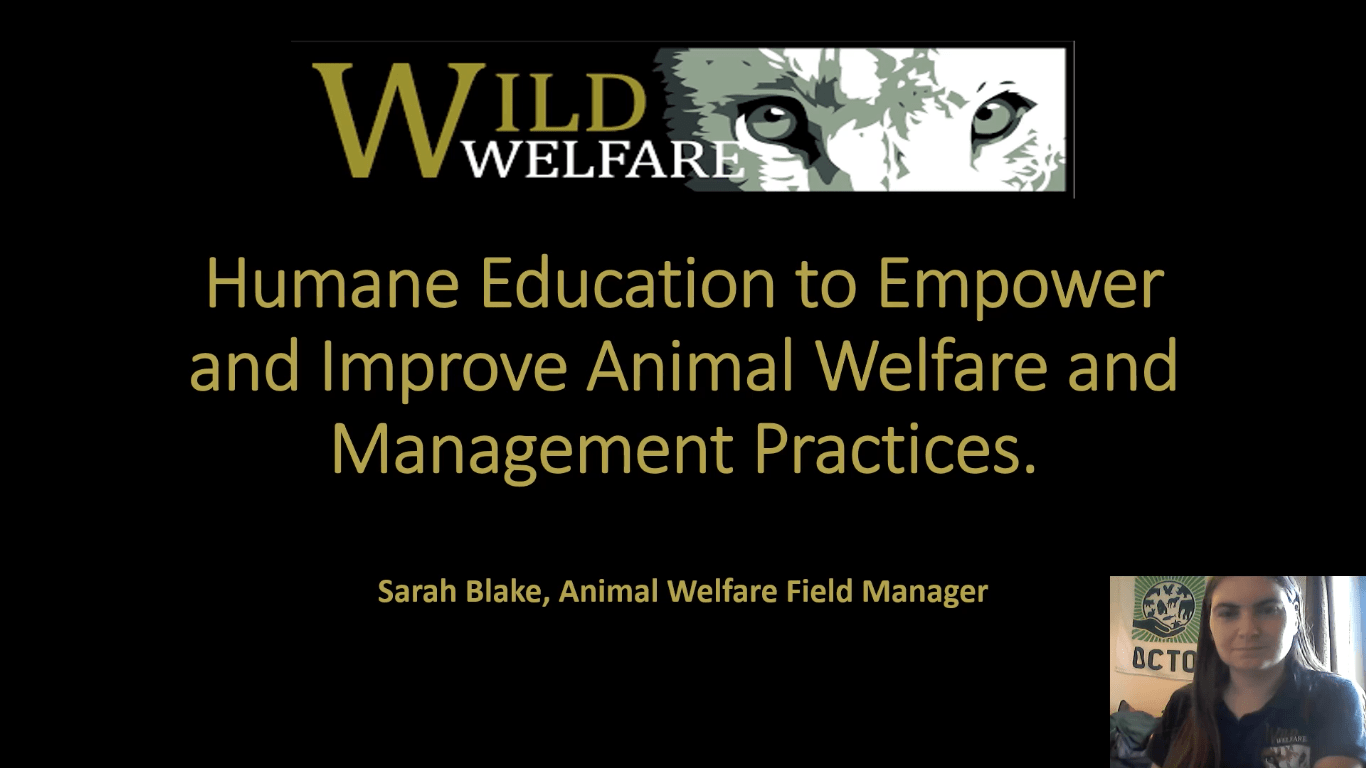 A UK animal welfare charity has featured as part of a recent zookeeper’s online conference for International Zookeeper Day.

Sarah Blake and Georgina Groves from the charity Wild Welfare, presented to zookeeping staff from around the world, at the International Congress of Zookeepers (ICZ) virtual event on October 4th.

Featuring at the online event, which begun on what is recognised as World Animal Day and International Zookeeper Day, the Wild Welfare team gave online talks on topics including ethics and animals and the charity’s animal husbandry e-learning programme.

Wild Welfare’s animal welfare field manager, Sarah Blake, said: “It was fantastic to be a part of the virtual ICZ conference and tell the story of how the digital education programme came about.

“Having the chance to highlight the impact the programme has already had and plans for the future was exciting, but what I loved most was being able to discuss the link between humane education and animal welfare. Within captive wild animal facilities, this connection is imperative for positive change.”

Championing the charity’s Wild About Welfare digital education programme, the presentation highlighted how elements of Wild Welfare’s core fundamental standard of animal welfare practice and recent research into animal welfare have been used to create a digestible learning programme.

The free to access programme aims to empower animal care staff and improve animal care and welfare for wild animals living in zoos, aquariums and wildlife sanctuaries around the world.

The online presentations were viewed hundreds of times and reached a global audience, just like Wild Welfare’s e-learning programme, which has been accessed by people in more than 40 countries around the world since its launch in January 2021.

Wild Welfare and the ICZ began partnering in March, when both organisations agreed to combine their efforts to reach animals in even more wildlife facilities around the world and improve captive animal care and welfare.

ICZ: ICZ is a conglomerate of zookeeping associations whose vision is: “A global network of zookeepers contributing to the highest standard of professional animal care and the role of zoos today.” ICZ is currently an incorporated non-profit association in Australia. Find out more at: www.iczoo.org