Reflections on the Pandemic; its potential impact upon captive wild animal welfare 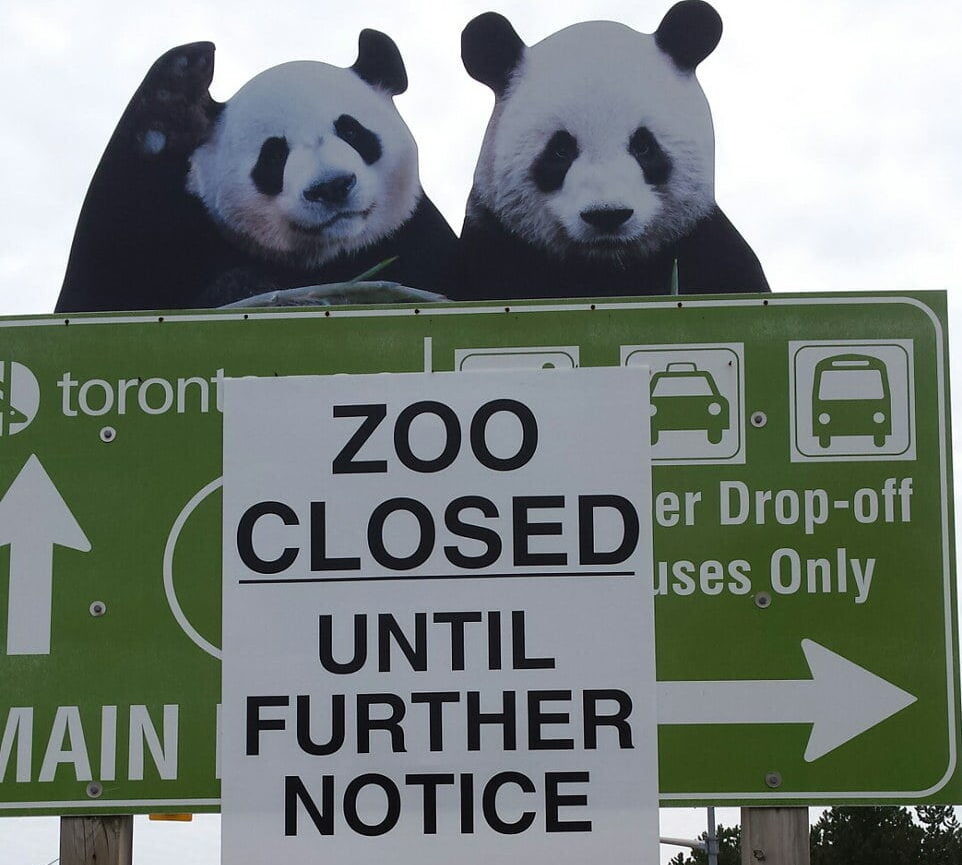 A UK animal welfare charity has released a report looking at the effects of the COVID-19 pandemic on the welfare of zoo animals around the world.

Published by captive animal welfare charity Wild Welfare, the report1 highlights some of the issues that occurred as a result of the recent COVID-19 pandemic, and the knock-on effects to the welfare of wild animals living in facilities such as zoos, aquariums and wildlife sanctuaries.

Wild Welfare’s acting UK director, Simon Marsh, said: “What we saw when COVID-19 hit was the temporary closure of thousands of wildlife facilities across the globe, resulting in their revenues plummeting.

“This revenue loss caused huge animal welfare issues for some of the facilities we work with, many of which are already struggling to address animal welfare standards, so it was vital that we took a look at those issues and how facilities could better prepare themselves for similar events in the future.”

The report looks at factors such as loss of income, decreased staffing levels, reduced food supplies and increased food costs for captive wildlife facilities, and gives recommendations on how good animal welfare standards can be maintained in a future crisis situation.

It is likely that only a small percentage of the estimated tens of thousands of zoos and aquariums in existence globally fall under country-wide animal welfare legislation or guiding principles from a zoological association, meaning animal welfare improvements could be made in a significant number of these facilities.

As wildlife facilities were forced to close around the world when the COVID-19 outbreak hit, multiple concerns arose that quickly gave rise to acute and chronic welfare problems for the animals housed in those facilities.

Simon Marsh added: “Captive wildlife needs at the very least, basic animal care, including food, heating and lighting, so overheads cannot simply be frozen, despite revenues declining massively. While the majority of captive wild animal facilities which are members of progressive associations have the structure and stability to maintain good standards of animal welfare, we know that a large number of facilities outside of these associations do not have the standards or procedures in place to allow animals to thrive and have a life worth living.

“We knew of many facilities whose staffing levels dropped, either through illness or because the costs of paying all staff became too much, and in both cases, we had concerns for the removal of those subsequent relationship ties with animals such as elephants, apes and other highly intelligent species that form close bonds with their animal carers.”

Many zoos and aquariums around the world house non-native species, which due to not being found in their climate, may have huge cost implications in terms of offering good animal care and welfare.

The report focuses on the need for facilities to ensure they have robust species plans in place, detailing the selection of species whose resources they can accommodate and provide for whole of life care, which for some animals is many decades.

Building strong relationships with partners and donors is stressed in the report, so that facilities can reach out for help in periods of financial insecurity and ensuring a facility is not solely reliant on one revenue stream, such as visitor income, so in the case of that temporarily halting, money still comes in to cover overheads.

Simon Marsh added: “Concern for animal welfare when the world went into lockdown focussed on starving animals and lack of food, but we know from talking to the facilities that we support that the issues faced were much more complicated than this.

“But whatever the issue, many times the outcome was the same – a deterioration in care and welfare for animals – and that is something we must address.”

Wild Welfare works in more than ten countries around the world on a range of global projects that make practical animal care and welfare improvements, as well as update nationwide legislation to better protect wild animals living in captivity.

The report’s analysis of the COVID-19 pandemic and how it affected captive wildlife facilities, highlights just how much can and should be done to improve care standards for captive animals, so that they may be better off today, tomorrow and when the next crisis hits.