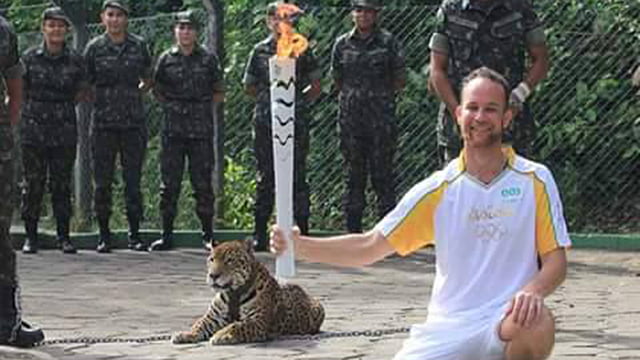 A jaguar featured at an Olympic torch ceremony has been killed. Manaus the jaguar lost his life after he became scared during the ceremony and escaped his handler. Despite some reports saying he was already tranquillised, Manaus was shot as he approached a soldier.
Jaguars have often played an important role in human culture, frequently taking centre stage in stories, songs and prayers of indigenous people. Yet ironically they are now near threatened throughout their range states, at risk from habitat loss and persecution.

This situation exemplifies continued concerns over the welfare of animals, particularly ones considered dangerous, used in close contact situations in captivity with humans, for entertainment and education.