Officially joining the team for elephants in Sabah 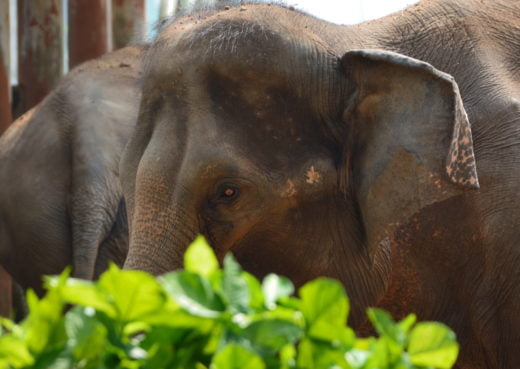 Dave Morgan, said: “It is great to receive this news and see our work in Sabah gaining momentum, especially as we have been unable to travel in person to Malaysia this year.”

The Sabah Department of Wildlife recently approved the formation of the captive elephant management working group or task force, as an adjunct to the country’s National Elephant Management Action Plan.

The group’s objective is to develop and implement a management plan for captive elephants in Sabah, and involve all three facilities that house elephants across the region; Lok Kawi Wildlife Park, Sepilok Orangutan Rehabilitation Centre and The Borneo Elephant Sanctuary.

The group will be drafting up to date operating procedures and guidelines for elephant care and bringing husbandry, care and enrichment provision for captive elephants, clinical and quarantine procedures, diet and feeding regimes, and record-keeping, up to international standards.

“We’re just one part of the working group, that includes elephant experts and national and international organisations, but what’s important is we all share the same goal: to improve conditions for the country’s captive elephants and empower the staff caring for them to do their best in what are often difficult circumstances,” Dave Morgan added.

Lok Kawi Wildlife Park, a facility Wild Welfare has been working with since 2018, has 16 elephants, following a recent orphan rescue and a total of three rescues in the last five months, but the park has only six elephant keepers. Pressure from human-elephant conflict and injuries to wild elephants sees facilities like Lok Kawi facing huge pressure to take on these animals, which obviously have complex care and welfare needs, often need regular veterinary management, and require suitable space and species expertise.

As part of Wild Welfare’s ongoing support for elephants in Sabah, the charity has secured funds from The Elephant Sanctuary in Tennessee, granted to a local partner Seratu Aatai. The funds will cover the future employment of three new elephant keepers at Lok Kawi Wildlife Park for six months, over which time the Sabah Department of Wildlife will be seeking to develop three permanent posts at the Park.

Additional funds also received from The Elephant Sanctuary, will help support two human-elephant conflict mitigation workshops, being organised by Seratu Aatai, whose works promotes coexistence between people and elephants through research and education programmes in Sabah.

Other progress in this project includes the drafting of footprint drawings of Lok Kawi’s elephant facilities by Nur’Ain, which are being developed by Dave Morgan, Margaret Whittaker and The Elephant Sanctuary, to enable protected contact elephant management at the Park.

Protected contact involves always keeping a barrier between the member of staff and an elephant and the ongoing deployment of Positive Reinforcement raining (PRT), to manage the elephants. The elephant’s involvement in such training is entirely voluntary. Free or full contact (where there is no barrier), is the more traditional management style for elephants in Southeast Asia. However, it is more dangerous for staff and animals and is reliant upon punishment and coercion to maintain control over the elephants, making this type of management highly questionable from a welfare perspective.