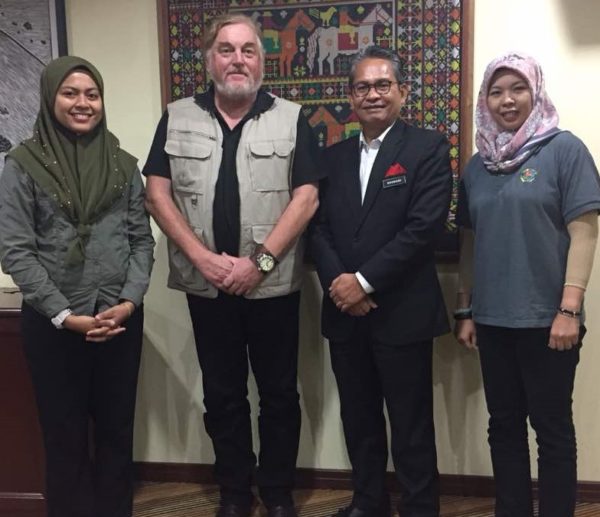 A wildlife park in Sabah has accepted help from Wild Welfare, following concerns were raised over the welfare of its animals.

Following up on concerns raised on social media around animal care at Lok Kawi Wildlife Park in Penampang, Sabah, Malaysia, the park invited Wild Welfare to visit and we carried out a animal welfare audit.

Wild Welfare’s field director, Dave Morgan, arrived on the 8th of October to carry out an audit, where he observed the park’s facilities and all its animals and held meetings with key people form the park and Sabah Wildlife Department. Wild Welfare has since offered to help work with the park to make improvements for its animals.

Dave Morgan said: “We discovered a number of areas where there are concerns, in particular the current controlling methods used to manage their elephants. Changes need to be made to improve conditions for the animals, but the park and its staff are committed to working with us and moving forward in a productive and positive way.”

Up to 90 per cent of the Park’s animals are rescued as a result of injury or are confiscations from the illegal pet and wildlife trades. Wild Welfare has experience of working in similar wild animal facilities across the world, putting in place a series of practical, long-term changes wherever necessary, that enable staff and management to provide good animal care and welfare.

“We don’t just come in and audit a facility, point out all that is wrong and expect changes to happen overnight. Our charity will work with the park to help solve the problems and issues that are giving cause for concern, ensuring the staff can create a place where all the animals receive a high standard of care,” added Dave Morgan.

Wild Welfare is now generating a full report for the park, which will lay out the changes that need to be made, and has made a commitment to return next year with additional expertise.

This will be the first time Wild Welfare has partnered with a Malaysian facility to improve animal welfare, but the charity has carried out successful projects across other countries in Asia, including Indonesia, Thailand and Vietnam, many of which are ongoing.