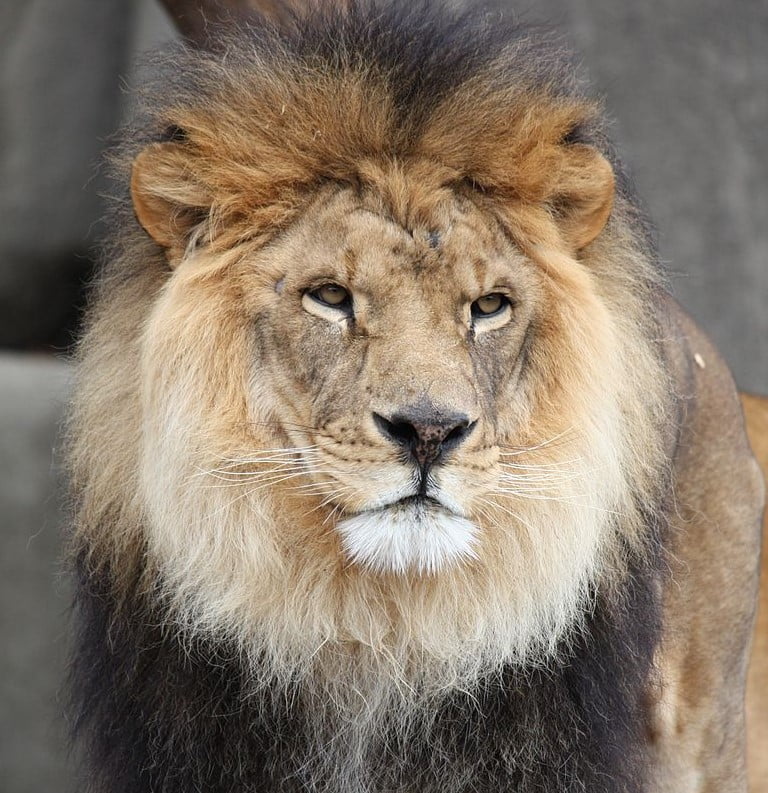 Lions in South Africa have been in the spotlight once again recently. With ongoing stories of ‘canned hunting’, incidents and accidents whilst interacting with lion cubs, and even a government-proposed increase in the annual export quota of lion bone. These for the most part of course, involve lions bred on farms and ranches – captive bred lions in other words. There are quite a few of them too – perhaps as many as 8,000 in total in South Africa. This ironically, is in comparison to the 3,500 wild lions in parks and reserves across the country. South Africa doesn’t have space for more wild lions sadly. So why so many captive lions?

Well, it seems that lions are good business; they have an intrinsic value quite literally from birth to death. Newborn lion cubs can be pulled from their mothers (forcing their mothers to return to oestrus again and produce more cubs) and hand-raised for holidaymaker cub-petting venues, for which credulous tourists are charged international rates for the privilege of posing with neonatal lions for selfies. When these cubs become too large for such interactions, they can be moved along into hunting operations where Hemingway-wannabe trophy hunters will pay top dollar to pretend to be out in the wilds of Africa (with guides and trackers supplied to add to the fiction), and execute them in hot-wired enclosures. Individual lions that don’t make the cut as being potentially shootable (males without a mane and lionesses, for example), are used to squeeze further profit, down at the lion abattoir (yes, they do exist). Here they are rendered down to their bones and their skeletons are exported to the Far East to make ‘wines’ and ‘tonics’ as part of the predator bone trade.

A pretty-damned good business model really, and that is the core of the issue. This is industrial-level business, and providing that you are in possession of the appropriate national and provincial permits (to breed, to run a cub-raising facility, to hunt or to export skeletons), it is all completely legal. Money talks, and taking on this industry remains thorny and problematic, with various national and international NGOs, including Wild Welfare very recently, on this case for the past decade.

As one might expect, there are serious animal welfare issues associated with the whole captive lion industry, issues that affect each individual animal from the start of its life right up until the end.

Animal welfare research has demonstrated the chronic stress issues caused by maternal separation in mammals, from primates (including humans) through to rodents. The enforced separation of lion cubs from their mothers for hand-raising is not just a question of ethics, but may represent real and measurable bad welfare practice. Forced interactions with humans are also hardly welfare-neutral to young animals, who normally sleep most of the day. Lions due to be shot are usually only released into the theme-park hunting arena a few hours before being killed, so at the very least these animals are likely to be in severe states of confusion, anxiety and agitation caused by their unfamiliar surroundings. Their fate is be chased around and further stressed before receiving the bullet.

And finally, the abattoir. The majority of lions that wind up here are mostly of human-habituated, hand-raised provenance. We are reliably informed that on arrival they are kept in their transport crates for several days without food or water, stockpiled so that they can be processed as a batch. These facilities have no requirement for refrigeration, so it makes no sense to slaughter animals piecemeal as they come in, as carcass storage would be an issue. The market is for whole skeletons with intact skulls and various sources have suggested that slaughter methods may well be inhumane, to prevent any potential damage to the skull or skeletal bones. Such as it is, international restrictions on the import of captive-bred trophies are now causing a decline in canned hunts, but this has had a knock-on effect in combination with the South African government apparently actively encouraging the trade, of making the bone trade increasingly more viable as a business proposition. The net effect of this is even more troubling. Captive lions needed to be kept in a good condition when they were used for petting or being hunted, as nobody wanted to pet a sick cub or have a poor-quality trophy. The bone trade takes place out of the public-eye, so frankly there is no longer a need to spend money on keeping lions healthy, as no one sees them.

Earlier this year, Wild Welfare contributed to a review of the regulations of wild animal welfare in South Africa. The Centre for Environmental Rights (CER) and the Endangered Wildlife Trust (EWT) have since published their report based on the review, which along with ourselves, received feedback from more than twenty national and international animal welfare organisations and relevant parties. The report, titled: ‘Fair Game? Improving the Regulation of the Well-being of South African Wildlife’ alarmingly found that huge gaps in South Africa’s animal welfare legislation and conservation legislation is causing many of the country’s wild animals to suffer – animals such as lions, the unwilling inmates of the country’s breeding farms. We welcomed the report and the recommendations it makes on improving welfare standards for the country’s captive wild animals, and we have offered any advice and support we can to help develop new legislation. We are all too aware from our own work with captive animals in zoos and aquariums across the world, that a lack of proper animal welfare legislation at a national level, makes it very hard to instigate the lasting change that will help ensure animals’ lives can really improve.

Quite apart from the monstrous cruelty involved in every aspect of the lion industry in South Africa, there are lies, deception and duplicity at the core of it all and animal welfare is the last thing on anyone’s mind.

Cub-petting tourists – and the naïve international volunteers used to do the hand-raising of cubs – are told that the lions are being bred for ‘conservation’ and that they will be released into the wild when grown. Foreign ‘sportsmen’ demonstrate staggering cognitive dissonance, living out a ‘spirit of fair chase’ fantasy whilst complacently shooting a cat in a cage; and the biggest fraud of it all, pretending that lion bone is actually tiger bone when selling to Far Eastern adherents to the very questionable practice of traditional medicine. Folk involved in the inhuman triptych of this industry may be raking in the dollars, but remain quite simply, morally-bankrupt. Wild Welfare is committed to ensuring all wild animals in captivity receive proper care and welfare and have the chance to live a happy, healthy life and we have real concerns as to whether the captive lions of South Africa are being afforded this. At the industry’s core welfare and ethics take a back seat to money and profits and until this changes, South Africa’s lions will remain in the spotlight.

Our thanks to the Endangered Wildlife Trust (EWT) and the Wildlife Unit of the National Council of Societies for the Prevention of Cruelty to Animals (NSPCA), South Africa, for source material referenced in this blog.