On target for improving welfare in Brazil's zoos 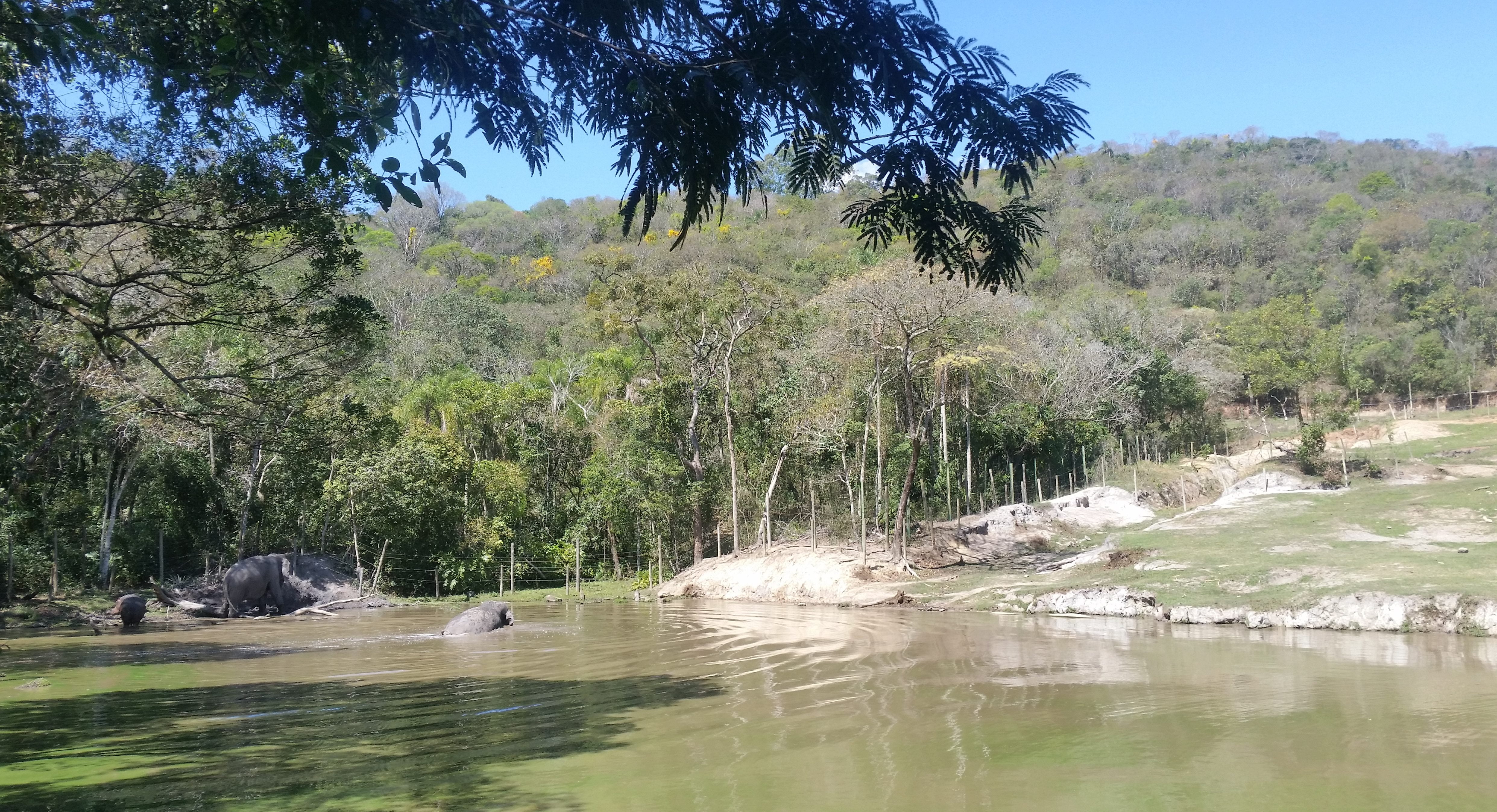 Wild Welfare’s latest trip to Brazil saw our team carrying out welfare assessments at four zoos, as part of our work helping establish the welfare certification programme for the Brazilian Association of Zoos and Aquariums (AZAB).

With Wild Welfare’s help, AZAB has developed a welfare standard for its member zoos and aquariums and is now putting into place the required assessments so all members can reach the standard and receive welfare certification, demonstrating their commitment to the highest levels of animal care and welfare.

Mr Morgan said: “This was a great chance to see some of the positive improvements taking place in Brazil and the hard work AZAB’s putting in to help its members provide better care for their animals.”

“We’re assessing some really excellent zoos that are meeting the welfare standard easily and others where there are significant welfare concerns and where major changes are needed if conditions for the animals are to improve. What is happening though, is that Brazilian zoos and their staff, collectively, are developing a better understanding of how to offer their animals good levels of care and they’re working with us on achieving this.”

A highlight of the trip was the assessment carried out at Itatiba Zoo. The zoo has many large, simple enclosures surrounded by forest and made up of local vegetation. Their tapir enclosures run along the local waterbodies, the zoo’s cassowary enclosures have vegetation so thick it was hard to even see the birds and in a large outdoor enclosure, complete with a huge lake, two elderly elephants, rehomed from a Brazil circus when circuses were banned more than a decade ago, share their natural space with three hippos and two Cape buffaloes. On the day we visited, the elephants were observed interacting with each other affectionately, using infrasounds to communicate (low rumbles hardly detectable to our ear, but used to communicate over long distances) and of course bathing in the lake.

“The cassowary enclosures were some of the best – from the bird’s perspective – that I’ve ever seen in the world. I spent 15 minutes looking into one, and only spotted the bird, less than five metres away from me, when he twitched his head, because the vegetation was so dense.

“A good zoo is one that creates environments for its animals where they can live and behave as naturally as possible, so for tapirs that enjoy being in and around the water, for elephants that thrive on social contact, and for highly secretive birds like the cassowary, which in the wild live in the dense forests of Australasia, Itatiba Zoo are doing a great job,” added Mr Morgan.

While in Brazil, we also had the chance to re-visit Guarulhos Zoo in São Paulo. The zoo was first assessed last year and is currently making positive changes based on feedback from that assessment. In Brazil’s São Paulo state there are a large number of common marmosets which are an introduced species. Guarulhos Zoo itself has a large number of these monkeys, most handed over after being rescued, that are not able to be released back into the wild because they are considered an invasive species. Ironically, the indigenous local marmoset, the buffy-tufted marmoset is now on the IUCN Red List of Threatened Species and is out-competed by the common marmosets. Last year many of the zoo’s marmosets where being housed individually, something not suitable for a social species that needs to groom, play, and interact with others of its kind. We are very pleased to report that these monkeys are now living in compatible groups and are much happier.

These latest assessments bring the number of AZAB zoos and aquariums assessed to 21. As part of our five-year project plan for Brazil, we are looking to assess 50 zoos, which is about two thirds of AZAB’s membership and includes some potential new members. We are returning to Brazil in 2019, where we already have plans to assess another four zoos, putting us right on target!

Many thanks to the AZAB auditors who worked with us on our recent visit, Claudio Maas, also AZAB President, Claudia Igayara, from Guarulhos Zoo and Cynthia Cypreste from Belo Horizonte Zoo.