The journey to improve animal welfare in Japan's Bear Parks 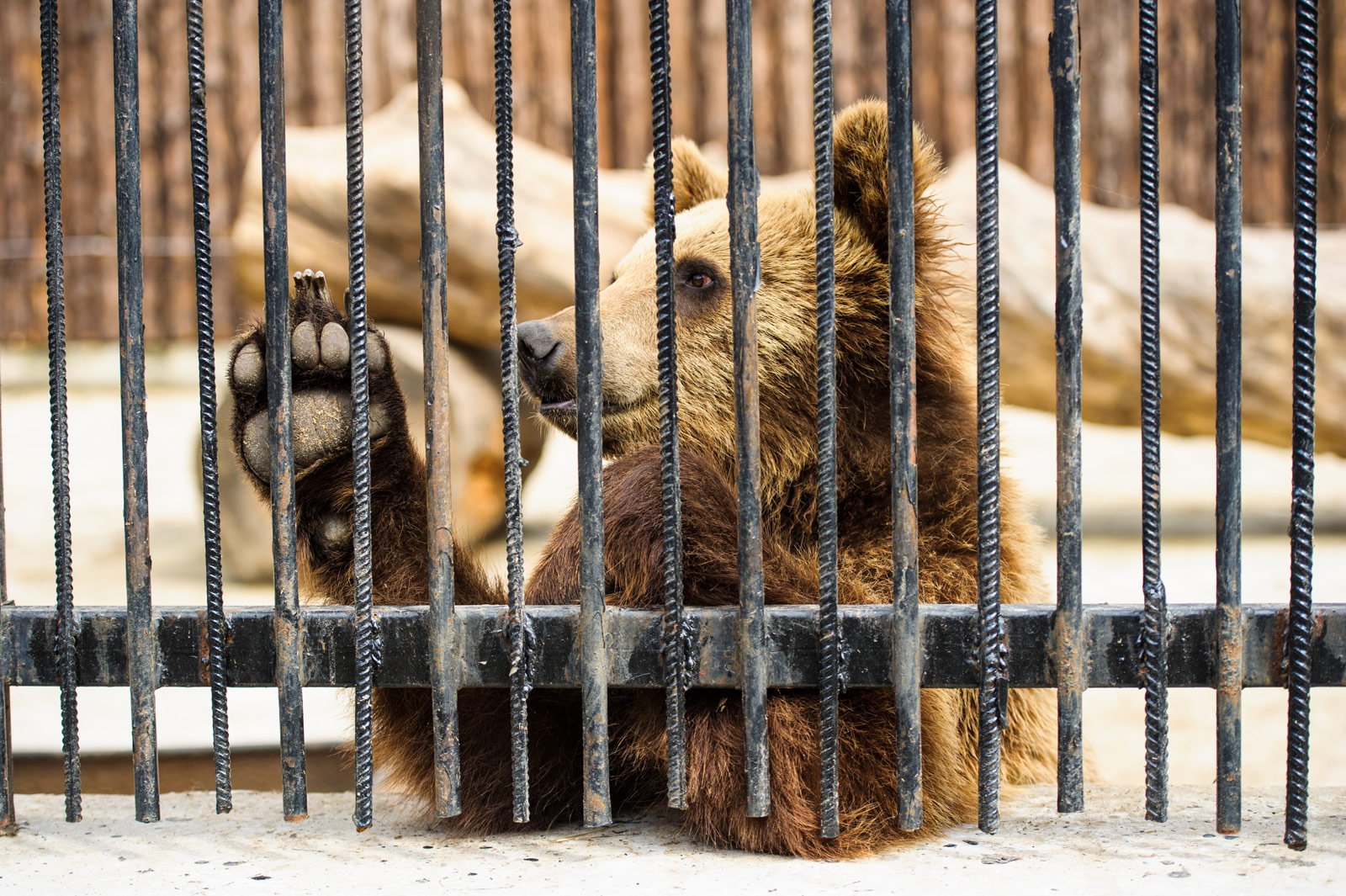 In 2005, the World Society for the Protection of Animals and the World Association of Zoos and Aquariums (WAZA) carried out an investigation into the conditions for bears held in Japan’s bear parks. Historically, these parks (there are approx eight in total with around 400 bears), began as centres to care for orphaned (as a result of hunting and encroachment) cubs, but the centres found the young bears to be popular with the public — with the result that breeding the animals was encouraged over a number of generations, providing a regular supply of cubs for what was also a profitable enterprise. These days, several of the parks are keeping hundreds of bears in simple, stark, concrete pits.

The findings from the 2005 report indicated serious welfare issues. Overcrowding and poor vet and keeper care resulted in obvious health concerns such as lacerations, limping, torn ears, skin conditions and chronic conjunctivitis. There was little or no behavioural enrichment, resulting in lethargic or stereotypical behaviour, and begging when the public threw food. Breeding of the bears occurred, with the parks admitting that this encouraged visitors and circus acts with bears dressed up and riding bikes was evident. The parks visited were given a summary of key concerns and recommendations but a follow up visit in 2007 carried out by Wild Welfare’s Projects Director Georgina Allen, confirmed that few of these recommendations had been considered.

In May 2015, Wild Welfare carried out its own investigation, visiting five of the bear parks, which continued to show distressing conditions for hundreds of bears.

The investigation showed that the main concerns continued within a number of these parks. Overcrowding, inappropriate visitor entertainment and a lack of regular veterinary care all contributed towards already barren and limiting enclosures. The end result is that many bears continue to suffer on a daily basis. We followed up with this report by disseminating the results to the bear parks themselves and writing to the local prefectures in charge of monitoring animal welfare. The animal welfare group, the Japan Animal Welfare Society (JAWS), also shared the report with its members. Following this, we reached out to Kuma Kuma Bear Park, in Akita, and offered to hold the first animal welfare workshop. Kuma Kuma has approximately 60 black and brown bears at their facility, and has been a popular attraction for national and international tourists. In December 2016, the first ‘Study Meeting on the Care and Management of Captive Bears’, was held. This workshop focussed on veterinary care and management for captive bears. We were delighted to be joined by Kaori Sakamoto as translator, Dr Heather Bacon, from the University of Edinburgh Veterinary Welfare Education and Outreach Centre, and Dr Monica Bando, who is currently studying for her PhD at Washington State University. Both have extensive experience in captive bear management and veterinary care. We were also joined by representatives from Noboribetsu Bear Park and the Japanese Bear Network (JBN), as well as staff from Kuma Kuma Bear Park.

Dr Bacon and Dr Bando gave talks on animal welfare and care, behavioural and veterinary needs of bears and nutrition and feeding enrichment in captivity. There were also practical sessions where staff were trained in observational welfare and health assessments.

The bear facility, like many captive facilities, is constrained by limited resources, and there were useful discussions on how to overcome this barrier and others and identify improvements for the bears, staff and visitors. As a result of this workshop, the JBN agreed to form an animal welfare committee to start addressing improvements within these parks. A Japanese animal group, Animal Rights Centre, have also been monitoring changes at Kuma Kuma, in particular for one of the bears, a geriatric bear called Hanako, and are pleased to report that some improvements have been made, with the staff keen to continue. On the 3rd and 4th of December we will be returning to Japan at the invitation of Dr Naoya Matsumoto, who attended our workshop in December 2016. We will be presenting on captive bear welfare at Noboribetsu Bear Park during the Brown Bear Association Conference.  Following this presentation, we will be holding a day’s practical training workshop, working with staff at their facility to identify improved welfare practices. During this visit we will also be building upon our partnership with JAWS, and visiting two smaller facilities that are holding brown bears to discuss solutions to improve conditions. One of these we have already visited this summer with the Japanese Association of Zoos and Aquarium (JAZA), JAWS and JBN and we hope to continue where we left off with regards to moving forward positive solutions for these bears.

Japan has hundreds of zoos, aquariums and other captive facilities of varying standards and we’ve been working with JAZA  this year to identify welfare training needs and welfare-based monitoring for its members. Some members within JAZA continue to strive to achieve high standards of care, while others, bound by no animal protection standards or regulations by JAZA – small facilities found on top of shopping mall buildings for example – have no institutional standards and are merely entertainment centres that give no consideration to animal welfare or care.

Changing attitudes and actions is extremely difficult, so how can the investigation actually help the bears and can it help other wild animals in captivity?

An investigation like this can provide up-to-date information on the extremely concerning welfare issues within some of these parks and be used to approach the relevant authorities about enacting appropriate and binding standards that protect welfare for all captive wild animals in Japan. It can also connect an ever-growing team of animal welfare NGOs in Japan and help develop the capacity to work on captive wild animal initiatives. JAZA, JAWS and other groups are all in agreement that the conditions for the bears in many of the bear parks are unacceptable and demonstrate an opportunity for the zoo and animal welfare community to work together on shared goals.

By working directly with the parks, setting standards and working with key stakeholders and influencers within the zoo, aquarium and animal welfare sectors in Japan, we can collectively encourage a positive long-term solution for the bears in these parks, and also place a spotlight on why animal welfare is so important for captive wild animals, and how we, collectively can make improvements within Japan’s zoos and aquariums.