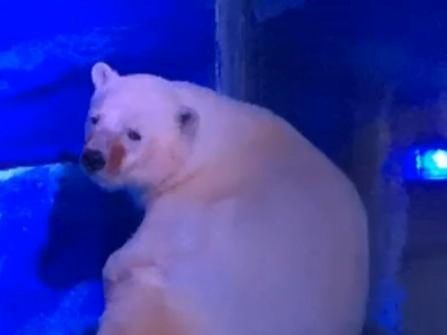 A wildlife park in England has offered a new home to a polar bear currently residing in a small enclosure at a Chinese aquarium.

Yorkshire Wildlife Park in South Yorkshire, England, has made the offer to move Pizza the polar bear from the Grandview Aquarium, in Guangzhou, China, to their own ten-acre exhibit.

Pizza was named ‘the world’s saddest polar bear’, after footage showed him living a solitary, cramped existence in the Aquarium, which is housed within a large Chinese shopping centre.

If the Aquarium accepts the offer, Pizza can be moved to the Yorkshire reserve, specially created to reflect the summer habitat of the polar bear’s native Arctic tundra, and be able to live with the company of other bears.