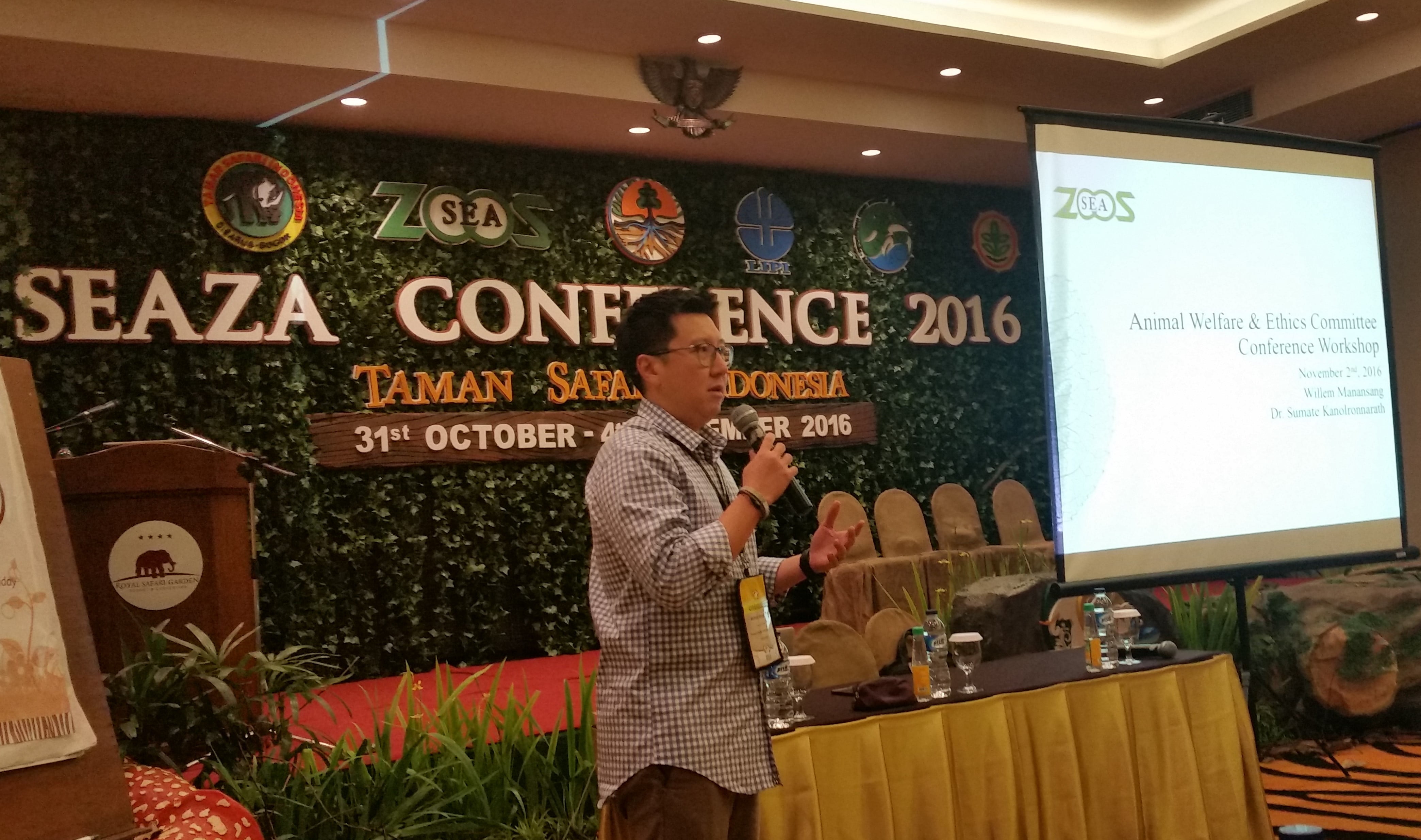 Wild Welfare was presenting at the Southeast Asian Zoos and Aquariums Association (SEAZA)’s 2016 conference earlier this month, in Bogor, Indonesia.

Our field director, Dave Morgan, joined SEAZA’s chairman of ethics and welfare, Willem Manansang, to present a workshop on the Mellor Five Domains. During the presentation Mr Morgan described the Five Domains Model and its implications. The Model shows how compromises in an animal’s nutrition, environment, health and behaviour can all impact upon its mental state, and it serves as a useful framework for the broad assessment of animal welfare.

Commenting on people’s feedback after the presentation, Mr Morgan said: “Some participants felt their animal care staff at their zoos had only just started understanding the Webster’s Five Freedoms of Animal Welfare and so it had taken quite some effort to then help them get their minds around the Five Domains.

“Attendees said they thought the Five Domains Model was good, but was very hard to understand and communicate to colleagues. This feedback is crucial for Wild Welfare and will allow us to adapt and modify presentations and training schedules in the future.”

The fundamental difference between the Mellor Five Domains and the Webster Five Freedoms is that the Five Freedoms are primarily concerned with reducing negative experiences for animals under human care, whereas the Five Domains looks at enhancing the positive.

Mr Morgan added: “The Domains Model is essential as it forms the backbone to the welfare training Wild Welfare provides. It is vital we ensure the people we train – those who can improve animal welfare once they have more knowledge and understanding – can use the Model and really put it into practice.”