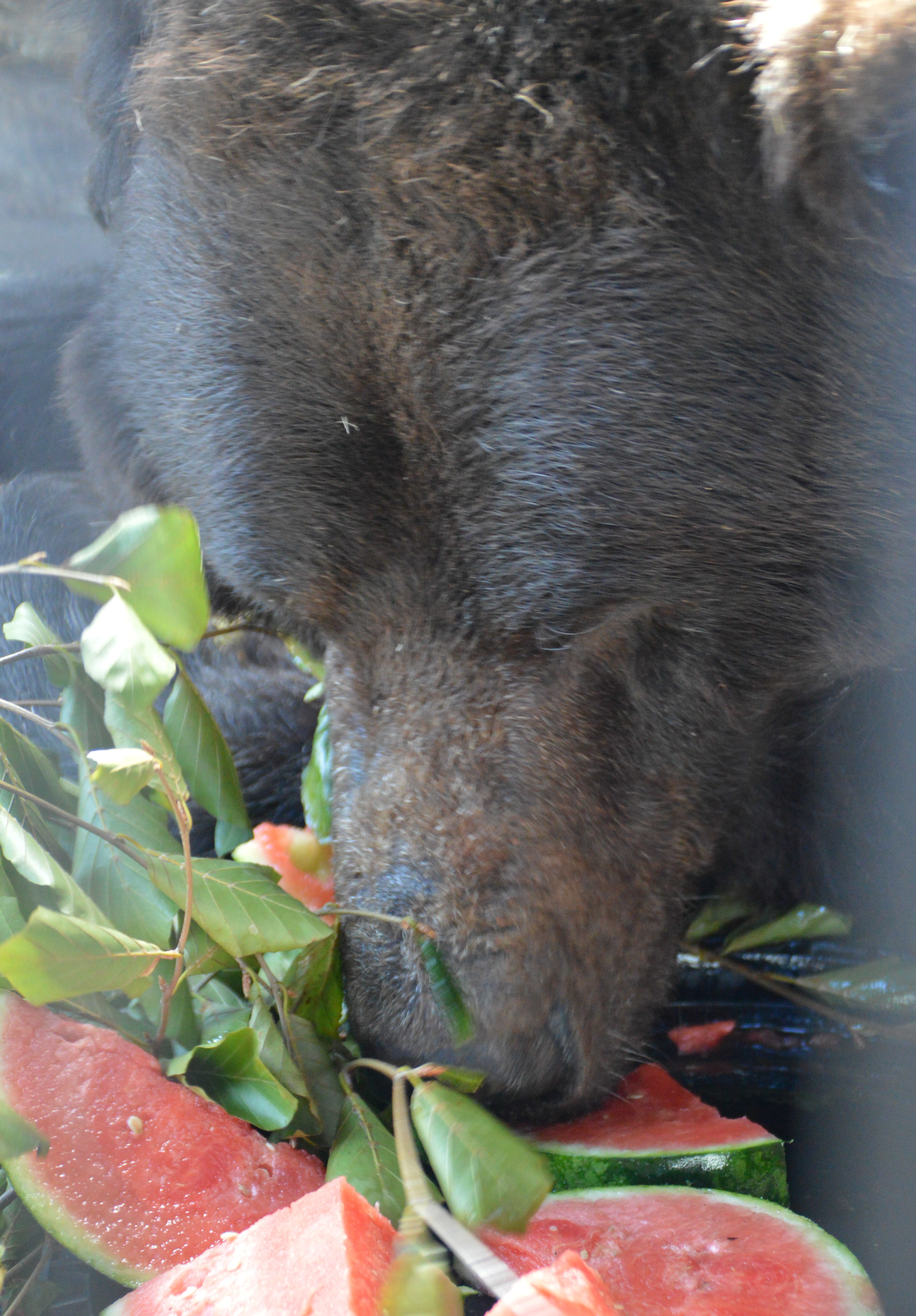 We are very sad to report that one of the four bears moved from cramped conditions in Japan to a new home at the UK’s Yorkshire Wildlife Park, as part of a huge rehoming project, has sadly, after exhaustive care and examination had to be euthanased.

27-year-old Amu, the oldest of the four bears, had been under the expert care of a wild animal vet since arriving in England when a full veterinary examination revealed the severe degree to which a number of chronic degenerative diseases, including arthritis and heart disease, were affecting his health. Veterinary experts and the staff at Yorkshire Wildlife Park implemented a variety of appropriate treatments, but despite their significant efforts over several weeks, Amu’s health did not improve and the difficult decision was made on welfare grounds to end his suffering.

Responding to the sad news, Wild Welfare’s projects director, Georgina Groves, said: “We are absolutely devastated about the loss of Amu. We had quickly nicknamed him our gentle giant due to his gentle, sweet nature, but Amu had been surviving in far from ideal conditions for more than 27 years and showed some serious health concerns.

“However, for the last few weeks he’s had the chance to experience a better life. He was able to lie on soft straw for the first time, making a bed and stretching his legs out, while enjoying new and tasty foods. These may all seem like small things, but for a bear that has never been able to properly be a bear, these things really matter.

“We had been closely monitoring Amu’s health prior to his move as we were concerned then, and everything was done to prioritise his welfare and well-being. Leaving him behind in Japan was not an option, but the fact is that at the age of 27, he was a very elderly bear and despite being given expert care when he arrived in the UK – something he’s not been able to receive before – he simply wasn’t able to improve and the kindest option was to make sure he didn’t suffer further.”

“Amu’s gentle nature had already touched so many staff at Yorkshire Wildlife Park, despite his short time there, and we know how saddened they are by this decision. We are extremely grateful to everyone in the Yorkshire team for their hard work and compassion and for giving him for the weeks he’s been with them, the chance to live a happy life.”

The four brown bears, 17-year-old brothers Riku and Kai, 27-year-old female Hanako and 27-year-old male Amu, were recently rehomed from cramped conditions in a museum in Japan where they had been living for most of their lives, and journeyed to the UK’s Yorkshire Wildlife Park for lifelong care. The three other bears – Riku, Kai and Hanako – are in good health and are currently thriving in their new Yorkshire home.

It is thought that more than 400 other captive bears are living in poor conditions in Japan and Wild Welfare is working with zoos, the Japanese zoo association and animal welfare organisations in the country, to make long-term improvements for these other bears.