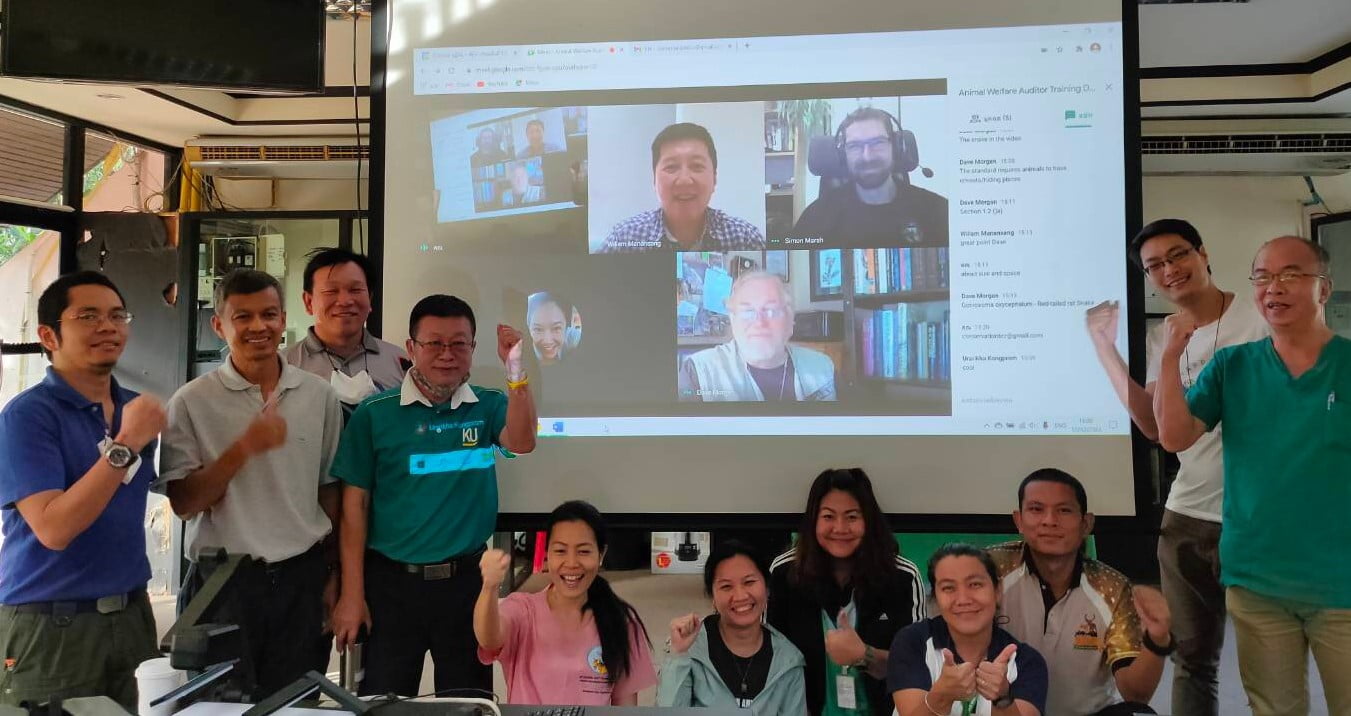 Wild Welfare has been delivering animal welfare training with staff and teams from zoos in Thailand.

Giving virtual animal welfare auditor training to members of the Zoological Park Organization of Thailand (ZPOT) recently, the Wild Welfare team presented around 20 staff from ZPOT’s membership and other zoos in Thailand.

Wild Welfare’s acting UK director, Simon Marsh, said: “Despite the challenges Wild Welfare and our partners have faced in 2020, we continue to roll out training and support to improve animal welfare standards around the world.

“It is heartening to see that even with the pandemic hanging over us our partners, such as ZPOT, are still working hard to give the animals in their care a life worth living.”

The auditor training is a key part of Wild Welfare’s work as in carrying out welfare audits, the charity can ensure captive wildlife facilities, such as zoos, aquariums and sanctuaries, identify animal welfare strengths and weaknesses and can then advise and guide them in ways in which they can make improvements.

This training forms part of Wild Welfare’s ongoing commitment to working with the Southeast Asian Zoos and Aquariums Association (SEAZA) and its members, to build capacity and improve animal welfare standards across the region.

Thailand recently made the news when live and dead tigers were seized from a Thai zoo by authorities and the infamous Phuket Zoo is not often out of the headlines, but within the country, organisations such as the Zoological Park Organization of Thailand are working to prioritise animal welfare and improve conditions for the country’s captive wildlife.

ZPOT has seven zoos within its membership and by working closely with them, Wild Welfare hopes to showcase to others how care and welfare for zoo animals can be made part of the daily focus for all similar wild animal facilities across Thailand.

Simon Marsh added: “We love working in Thailand where we are met with such warmth and hospitality from everyone we partner with.

“While we are there for a serious reason – to make animal welfare improvements that at times are well overdue – we always have good social time when all the work is done.

“We have missed visiting this year but being able to connect with our projects and keep the momentum of training going has been essential to their success, and I’m very proud of the way the Wild Welfare team has been able to adapt to this throughout this year.”

The charity has been conducting much of its training online, and launched a Webinar Learning Platform on its website, offering training for captive wildlife facilities and their staff, on a series of topics that consider all aspects of operational management that impact animal welfare.

The project has been highly successful since its start and despite not being able to visit the country this year, progress continues via online video calls, emails and social media.