Elephants in Vietnam are at a critical juncture 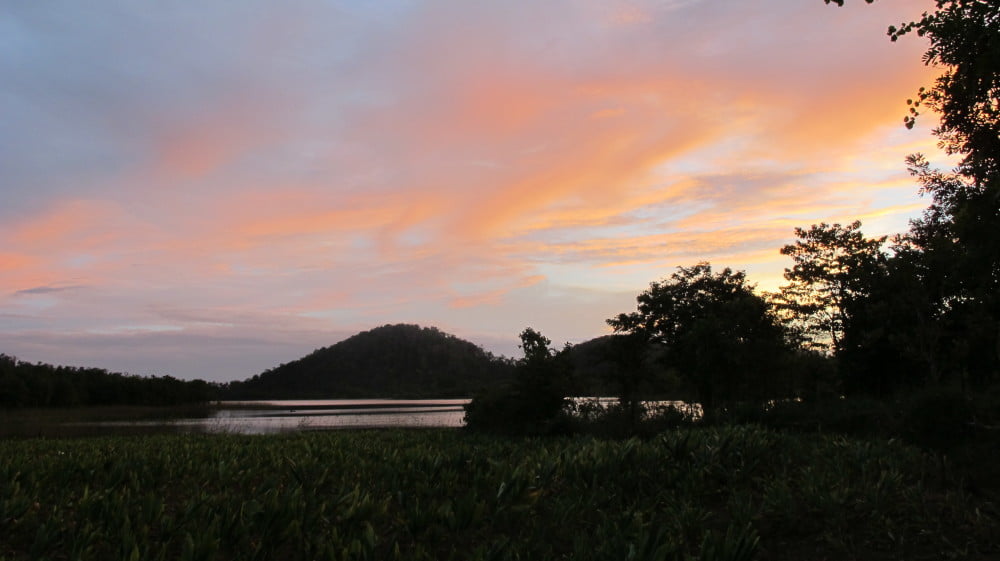 “No one gets up after death- there is no applause- there is only silence…,” Hamlet, (Rosencrantz and Guildenstern Are Dead)

The world’s population of species is declining and we are heading for a global mass extinction of megafauna. Included in this list are some of our most treasured species, including the Asian elephant, already listed on CITES Appendix I as endangered. With approximately only 40,000 left in the wild, there are as many as 5,000 elephants also found in captivity throughout Southeast Asia, most of these are in Thailand; in logging camps, sanctuaries, tourist centres and circuses, while a growing number are in, or are coming from Myanmar. A global estimate of 5,000 – 7,000 captive Asian elephants therefore seems reasonable, which is the equivalent to approximately 10-15% of the total global population. But within this already small population are the elephants of Vietnam forgotten – lost within the complexities of trying to resurrect a dying species? And as a result, might they quietly disappear without even a final trumpet, let alone a bang.

Elephants in Vietnam are at a critical juncture – the elephant population has experienced a precipitous decline over the past two to three decades and has reached perilous levels. It is estimated approximately 60-100 wild elephants living in five separate groups remain, while around 38 elephants are held in captivity for tourism. Despite the small wild elephant population, human-elephant conflict is a serious and ongoing problem in Vietnam. There are five groups of wild elephants, with the largest population found in Yok Don National Park (in Dak Lak Province), an area of 100,000 hectares. Fourteen ranger stations monitor park activities but with limited resources and experience, no one really knows where the elephants are, or how to effectively protect them.

Why do 100 or so elephants really matter you might ask? Shouldn’t we focus our efforts on larger populations found in other countries? Perhaps that’s correct from a utilitarian perspective. Save the majority, despite the potential injustice to the minority. But a utilitarian process applies little moral value to individual lives and in this case to individual elephants. 100 elephants may only account for a tiny number of the overall population, but to those elephants, to the people who care for them and to Vietnam – they mean everything. They are part of Vietnam’s historical journey and are ingrained in their culture. From a national perspective, sustainable protection of the population also supports the protection of Vietnam’s unique Dak Lak Province, home to 44 different ethnic groups and highlands famed for its elephants and coffee plantations. As tourism opportunities increase, it is more important than ever to support government-led initiatives that seek to protect the species in this area and elephants in particular.

In 2011 the government of Vietnam mandated the formation of an Elephant Conservation Centre (ECC), a government-supported agency tasked with preventing the extinction of elephants in Vietnam and caring for captive elephants found in tourism. The ECC is comprised of two departments; one that overseas the management of captive elephant populations and the other that protects the wild elephant population.

Currently, many of the captive elephants used for tourism are managed as individuals or in small groups within family homes. While there are several owners that own more than one elephant, most owners care for a single individual. These elephants may or may not see others of their species, they are regularly taken to the forest for night-time grazing, with most hobbled by long chains. This creates a problem in areas where there are wild elephants and several captive bulls have been attacked or killed by wild bulls. Most of these elephants are used for tourism, but without the proper care, can suffer from sores and injuries caused by the howdahs (the seats used to enable riding) and poor welfare.

So the ECC have set about improving the welfare of these elephants and simultaneously increasing the population in the wild through protection and outreach programmes. With the financial support of the national and provincial government, they are building an elephant conservation centre to provide a home for elephants that have spent a lifetime within the tourism industry, thus also highlighting the plight of the Vietnam elephant to the international community. The overall intention is for the centre to become a permanent residency for the captive elephants, where they can be provided with a substantial amount of space and live as a herd, as well as receive appropriate daily and veterinary-related care. The Vietnam government hopes that by providing better care the reproductively viable elephants will be more likely to breed. It is the centre’s wish to transition all captive elephants away from their traditional use and remove them from their work in tourism and circuses; however it is recognised this may take many years to achieve.

But elephants are enormously complex species and extremely hard to maintain in captivity to a high standard, while identifying true wild population numbers and consequent protection programmes comes at a price. As a result, despite the desire and passion to accomplish this task, limited resources and experience have hindered progress. Since 2013, a small group of international organisations have been working with the ECC – Wild Welfare, Animals Asia Foundation, Elephant Care International and a number of independent elephant experts have helped by providing resources and practical advice. This advice has been supporting improvements in animal management and veterinary care and promoting how to develop a sustainable conservation centre.

The organisations have also been supporting programmes that introduce sustainable approaches to the protection of wild elephants in Vietnam. With two young orphaned elephants already held in a temporary ECC facility, the need to ensure appropriate support is provided is urgent. These two young male elephants (Jun and Gold) are cared for by staff with no previous experience in elephant care, but they demonstrate a real commitment to caring for the elephants, developing specific skills required to look after the two boys and continue to work alongside the experts. However, as the elephants grow in size and maturity, they continue to test their strength so there are increased risks around the safety of both the elephants and the staff that work with them. With that in mind, the ECC and international staff working with the elephants continue to develop stronger enclosures and build on their training to support a management system that safe for the elephants and their keepers. Only recently a new temporary enclosure was built for Jun by the ECC, supported by expert staff from Animals Asia Foundation. This enclosure has tripled the size of his old area, giving him more access to woodland and most importantly, giving him more independence.

As the centre and staff develop capacity, the ECC hopes to obtain more captive elephants from the tourist industry, develop strong captive management skills and secure long-term protection for the wild population of elephants in Vietnam. And 2017 already looks like it will be off to a good start. This January, the first ever-international elephant management workshop was held in Vietnam. It focused on solutions to identified barriers, barriers that could prevent the successful protection and care of all elephants in Vietnam. Extinction of some megafauna may sadly be inevitable but the ECC and the country of Vietnam are committed to protecting elephants like Jun and Gold and the other last elephants in Vietnam. They may only represent a small number of elephants, but with such an iconic species on the brink of disappearing for ever, every individual life matters more than ever now.