The Virtues and Vexations of Vietnam

When we started this process, there wasn't a word in Vietnamese for Animal Welfare 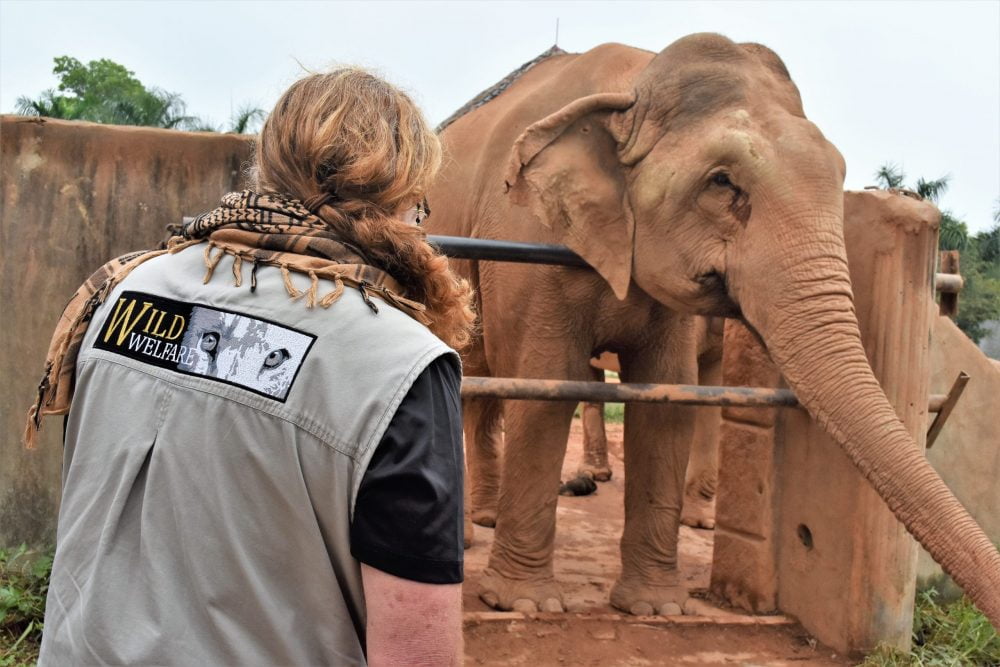 The team have recently returned from an incredibly busy time in Vietnam and we were not alone on our expedition.

Our Welfare Bear Amu (the cuddly variety) came along for the ride to experience the activities we do while in a project country – it was his first adventure with us and he learned a lot throughout the process, as well as making many new friends!

The first aspect to our teams’ trip was to present at the annual Southeast Asian Zoos and Aquariums Association (SEAZA) conference in the south of Vietnam. Wild Welfare has been working alongside SEAZA for past few years, in particular supporting the development of the first ever SEAZA-led welfare certification programme for its members.

Not only do these conferences generate great opportunities for learning but they also strengthen relationships and collaboration opportunities between partners within the Southeast Asian region.

Wild Welfare has been active in the region for several years and as a result we have made some great colleagues. Developing close relationships can have a massive impact on animal welfare as it offers the opportunity to address welfare concerns as a respected partner rather than a stranger. 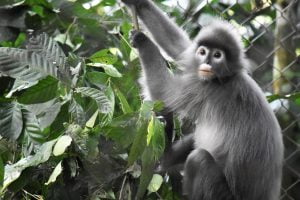 The team then headed north to a mountainous region of the country covered in lush green forest to conduct a series of animal welfare audits. These audits were at the request of the facilities themselves in order to help them prioritise and focus their improvements to ensure the biggest positive impact on animal welfare within their facilities.

We met some wonderfully compassionate staff who were clearly very dedicated to their animals. Many of the animals were rescues and some were there for rehabilitation and release, so it was important to ensure staff were being mindful of the behavioural needs of each species. For example, if a gibbon was not being given the opportunity to forage within its enclosure, it would not necessarily know how to conduct this behaviour once released. However, even if an individual is not destined for release, it is important that behaviours which animals feel motivated to undertake are encouraged in captivity.

We met ex-pet otters who had been confiscated and finally had the opportunity to swim in a pool and play together, we saw sleepy pangolins enjoying a choice of different burrows and even some of the rarest primates in the world grooming and relaxing with the rest of their troop.

“Watching a troop of rare dusky-grey langurs calmly grooming each other with such concentration and dexterity, surrounded by their natural forest home was wonderful to see,” said Sarah Blake, the charity’s projects and development manager.

It was very encouraging to interact with teams of keepers who are keen to make progressive steps forward in terms of animal welfare. As a charity, we often see the desire to make changes but sometimes without the knowledge or skillset to make it happen. This is where we come in and it’s wonderful to be able to share what we know for the benefit of both animals and their keepers.

After leaving these facilities we have already been told that some of our recommendations have been taken up. For example, some of the langurs we met have already been given access to more space within their enclosures.

These striking primates can now benefit from a choice of environments and whether to be seen by the public and each other or not. Giving captive animals as much choice as possible is incredibly beneficial to animal welfare standards.

“When we started this process, there was no word in Vietnamese for animal welfare,” said Dave Morgan. 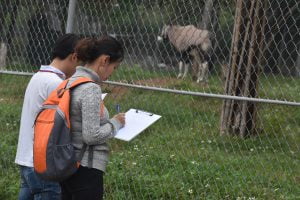 Our final stop on the tour of Vietnam was Vinh, where we were attending the annual meeting of the Vietnam Zoos Association (VZA). Something that we love to do within Wild Welfare is teach because it has such a far-reaching impact. There are only so many places that we can visit to conduct a welfare audit each year but if we teach others in this practice it means more facilities can be assessed and more animals can benefit from audit recommendations. In Vinh we did just that.

Dave Morgan gave a presentation on how to conduct welfare audits and what makes a good auditor. Once the presentation was done, the next day involved a practical assessment of what our new auditors had learned. We took a tour of a facility whilst our trainees conducted their audit and once that was done, we compared findings. The trainees did really well, managing to identify improvements to recommend to the facility as well as delivering this information in a tactical and logical way.

“I have known Wild Welfare since 2016 and I really appreciate the work they do, particularly in training and assessment. There’s no perfect zoo in the world so we have to improve and Wild Welfare has supported that a lot. We have seen facilities, animal welfare and even animal behaviours being changed in a very good way,” said Hoang Bui a VZA delegate. 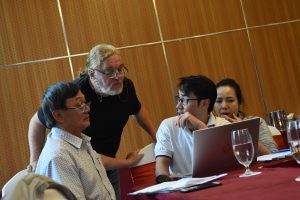 Now these individuals are trained, agreements within the VZA have been made for these people to conduct more audits in facilities around the country and we are confident that, because of their work, animal welfare standards across the entire country will make progressive steps towards improvement.

Having worked with several Vietnamese facilities in the past, we know that these improvements can take time and sometimes feel slow to progress, but what is vitally important is the change in people’s attitudes towards animal welfare.

There was a moment during a discussion session of VZA associates which was significant. During the segment in which plans were being made for action points in 2020, there was a pause in proceedings and nearly everyone in the room raised their hand. When we asked what they were voting for, we were told that the VZA members had voted to approve the notion for a requirement within the association for welfare considerations.

As a consequence the SEAZA welfare standards and welfare auditing programme that we had been intimately involved in helping develop, will be adopted within the VZA constitution and followed for all member facilities. This will have a massive impact on animal welfare within Vietnamese captive facilities moving forward and we are delighted that has been agreed and adopted by the Vietnam Zoo Membership.

Overall, we came away from our Vietnamese expedition feeling positive for the way in which animal welfare is being taken into serious consideration. We met plenty of people who are at the forefront of that change and look forward to seeing further developments for the sake of animal welfare within the country.

It is exciting to be a part of that change and we are confident that our work in this country and others will keep pushing standards forwards.