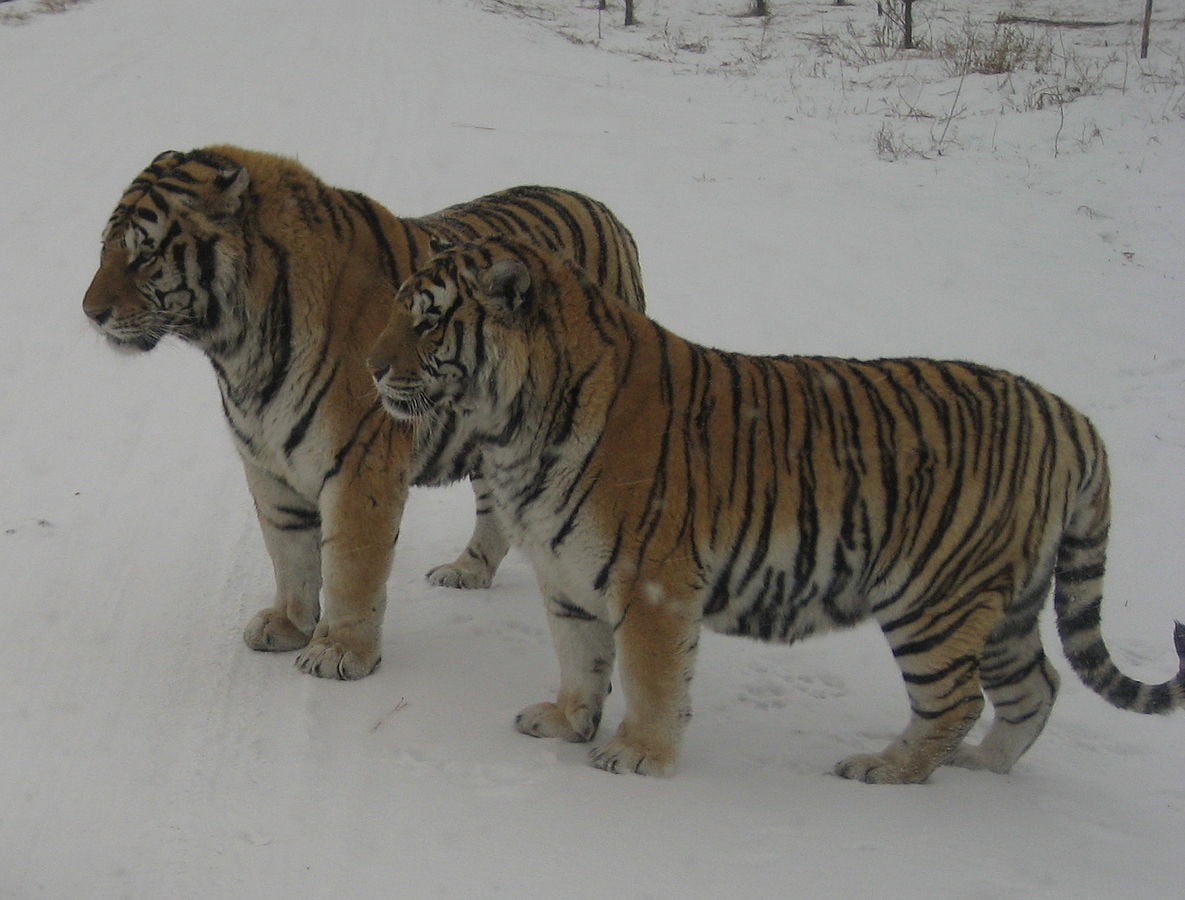 UK news channel ITV, recently reported from Harbin Tiger Park in China, in an investigation into tiger farming in Asia and the illegal trade in tiger parts.

The recent film footage from Harbin Tiger Park showed staff selling illegal tiger bone wine and offering a whole tiger skin for sale to an undercover reporter, something the Park later denied when questioned. The global wild tiger population is estimated to be less than 4,000 and the last remaining wild tigers are threatened by trade in their body parts. Wild Welfare condemns tiger farming due to the poor animal welfare practices involved and its link to illegal wildlife trafficking.

As well as the obvious concerns surrounding the evidence of trade in illegal tiger parts, Wild Welfare is also deeply alarmed by other poor animal practices being carried out at Harbin Tiger Park. Numerous photographs and video footage show live prey being fed to animals at the Park, evidence of poor breeding practices- the Park has ligers (individuals born following the mating of a tiger and a lion) and has what appears to be an unmanageable number of big cats, many of which are kept in small, cramped cages with limited enrichment provision.

Wild Welfare’s director Georgina Allen said: “It is clear from this recent news report that as well as Harbin conducting illegal activities surrounding the trade in tiger parts, it is also failing in its provision of care to its animals.

“The feeding of live vertebrate prey is also a huge concern. This is not only extremely distressing for the prey animals who will suffer a painful and inhumane death, but they can potentially cause injury to the animals catching them, in their vain effort to get away.”

On July 29, 2016 – International Tiger Day – Wild Welfare joined more than 40 other NGOs in urging countries with tiger farms to adopt swift action to end commercial tiger breeding and phase out the establishments. “This recent report highlights just how overdue this action is. While tigers suffer in captivity, this captive trade is fuelling their ongoing demise in the wild,” added Mrs Allen.