Welfare and Enrichment training in Jakarta 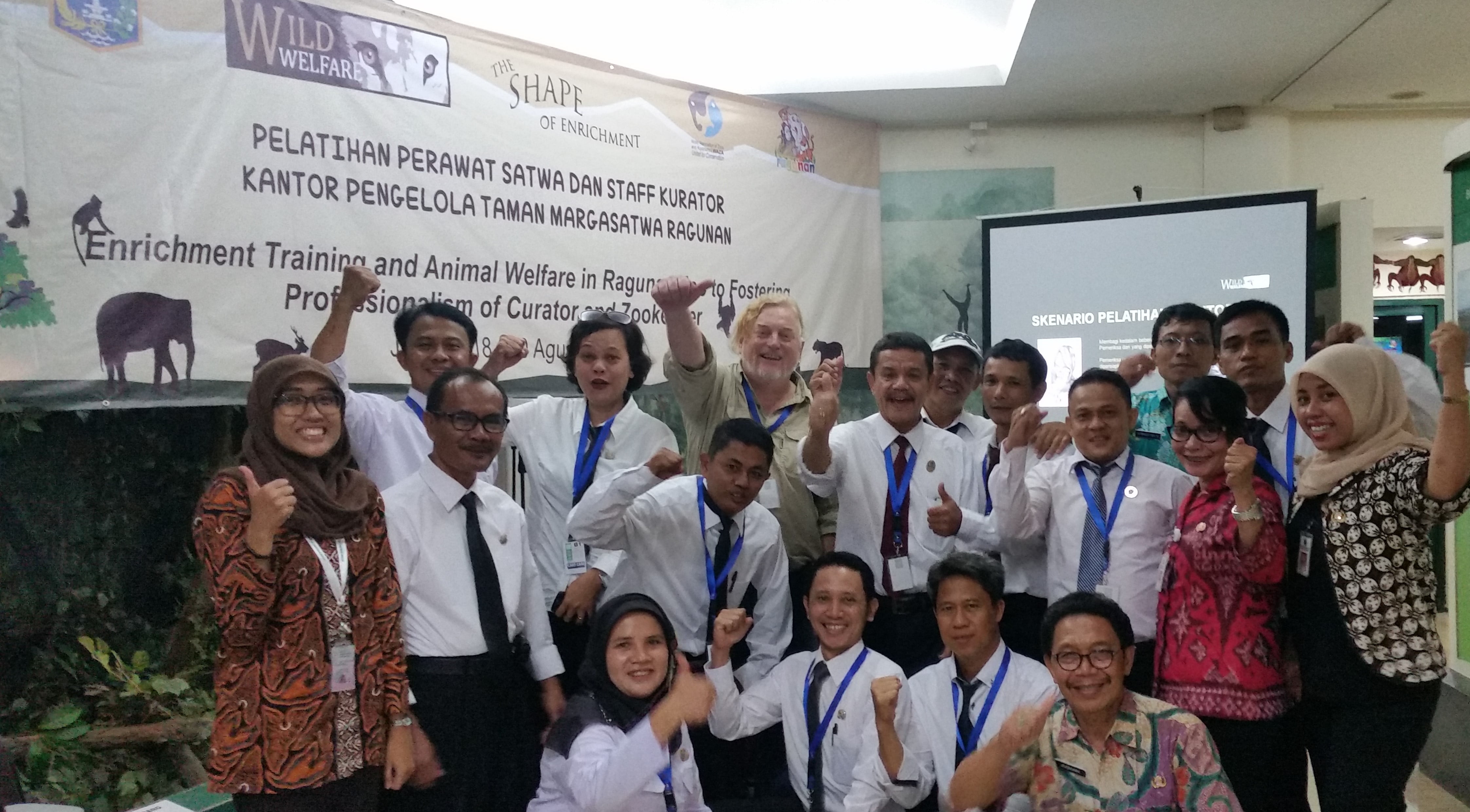 Wild Welfare have been busy training a great team of staff from Ragunan Zoo in Indonesia, in key welfare and enrichment principles.

We were commissioned by The World Association of Zoos and Aquariums (WAZA) to perform a training course for the staff of one of its members, Jakarta’s Ragunan Zoo. We partnered with organisation The Shape of Enrichment (SHAPE) for the course, a team dedicated to furthering environmental enrichment efforts for captive animals around the world.

Puzzle-feeders were developed for the orangutans, with the binturong one of the goals was to try and increase physical fitness, so enrichments included new climbing structures and dynamic branching. The pheasant enclosure needed some privacy, so visual barriers were created. And for the sailfin lizards a water pool, substrate piles and hessian-wrapped logs were all incorporated in efforts to increase behavioural diversity.

Ms Hare noted the leopard enclosures held enrichment items and practices that she had originally taught to their keeper at one of SHAPE’s enrichment workshops in 2009. She was very pleased that some of her training had so clearly made an impact.

Wild Welfare’s field director Dave Morgan worked with the management team, giving training on modern trends in animal welfare and the Mellor Five Domains. He also advised staff on how to audit animal welfare in a zoo using Wild Welfare’s collection assessment methodology. After classroom-based learning, course participants were given sections of Wild Welfare’s audit checklist. In small groups they then spent the rest of the day going around the zoo conducting a mock audit.

Mr Morgan said: “I was very pleased with the enthusiasm that the management team of Ragunan Zoo displayed during the course on animal welfare assessment.

“Their next step is to conduct a full self-assessment of their own zoo in the next few months and their new director, Ibu Dina Haswati has pledged to do this.”

To see the staff building enrichments, visit our Facebook page.

Our thanks go to Val and Debbie from SHAPE for their help in running a successful course and to WAZA for commissioning.