A new year, a new start! So kicking off 2018, we want to consider what a future zoo could look like? 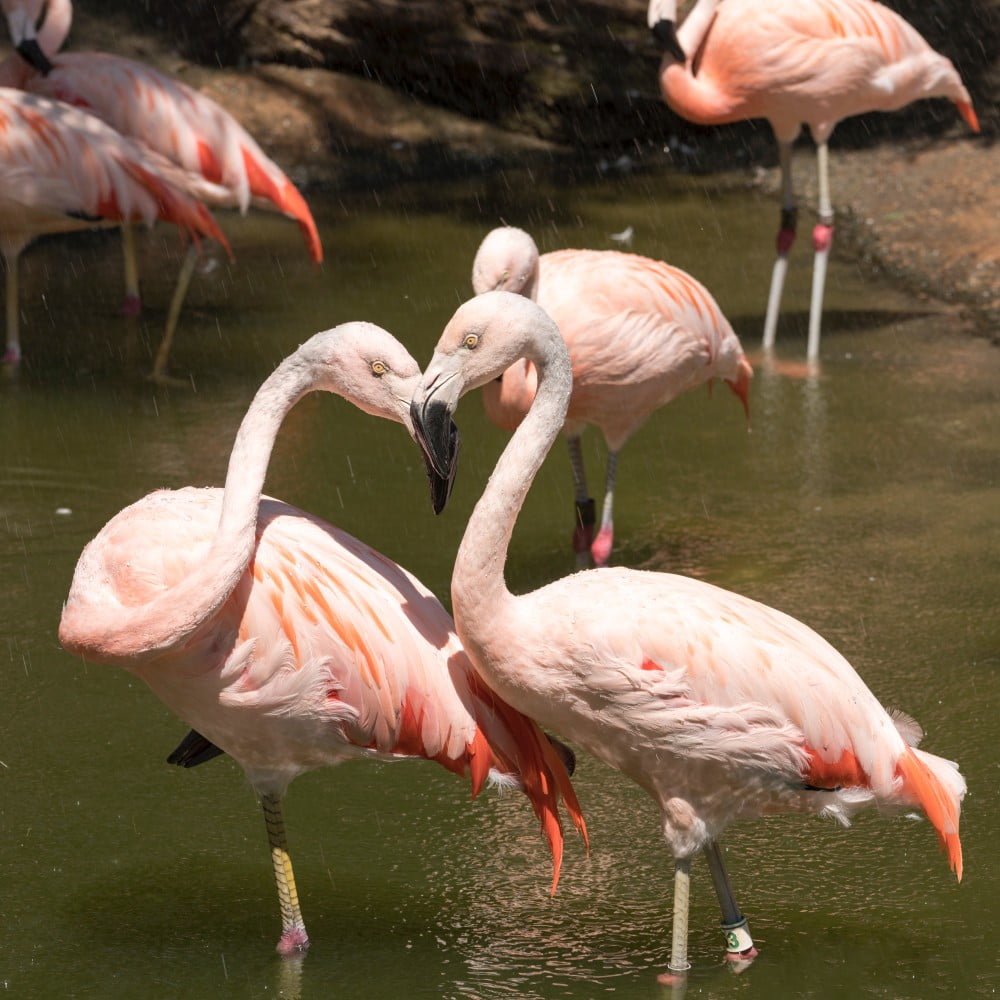 A new year, a new start! So kicking off 2018, we want to consider what a future zoo could look like? The role and consequent shape of zoos has changed over the centuries, but, in the increasingly unpredictable world of ours, what could, or rather should a future zoo look like? Originally, menageries as they were called then, were created for the private collection of curiosities, but the modern zoo is now often considered to have begun with London Zoo in the 1820’s, which was designed for scientific study before opening to the public in the 1850s. The original Victorian design – long rows of cages indiscriminately holding a wide range of species to amaze their audiences –  has of course, in many ways significantly changed over the centuries. But in some ways, it has also stubbornly stayed the same, maintaining traditional zoological principles that don’t meet 21st century animal welfare and ethical values. Exotic species are still easily acquired and kept in unsuitable climatic environments around the world. Large species are held in spaces that are small, topographically inappropriate and behaviourally sterile. Social species are kept in solitary confinement or inappropriate groupings. Reptile facilities continue to replicate traditional and out-dated vivarium designs. And aquariums, while relatively newer than terrestrial collections, have still followed the old-fashioned set up of its counterpart. Other more modern practices, such as the “selfie” photo opportunity or animal circus type shows also conflict with our modern understanding on animal care and welfare.

These days, a savvier and intellectually demanding public are challenging, not only how they view animals in zoos, but also the necessity of them and the way animals are kept.  So, can zoos meet these demands, while maintaining their conservation and educational integrity? New zoos are not too frequently designed, but old zoos are inherently linked to their local and cultural history, resulting in change, infrastructural at least, remaining stubbornly slow. So, apart from design, what could be changed and what could future zoos look like?

They would increase their focus on endemic, local species protection

Many zoos do have great local projects, but globally, there is still much more of a focus on exotic, overseas animal collections.  It takes significant resources to recreate their natural environment that offers atypical behavioural choices and consequently, many animals are held in sub-standard conditions. This demand and consequent international trade for exotic species does little to help conservation efforts, possibly doing the complete opposite, as demand counteracts any protection efforts. So, while the local amphibian population may not initially be seen as riveting as exotic megafauna protection, it is nevertheless just as important. Programmes that offer visitors opportunities to be involved in projects that affect them directly, are often more likely to be effective as the visitors become part of the story. It offers social proof, immediate reward and ownership that all contribute to successful behaviour changes in environmental awareness. WAZA’s current Nature Connects Grant funded by Disney is a good example of local project involvement that directly connects people with nature. Focusing on local species and local protection can immerse visitors in a way that isn’t possible with exotic species from afar, while mitigating the need to hold animals that are less suitable to that particular environment. Zoos can instead support other oversea zoos maintain higher standards of care and be part of effective in-situ country conservation programmes.

They would embrace digital technology and augmented reality

It is clear some species are not suited to captivity. Animals with large home ranges or complex social, climatic, environmental needs can suffer the most in captivity and few facilities can truly provide for these species. Yet these species do still need our protection against increasing environmental threats, and zoos highlight this as the need to keep them in captivity, encouraging visitors to contribute to conservation efforts. However digital, 4D and augmented reality opportunities are becoming a realistic option now for the majority, not minority, potentially mitigating the need to hold these species in captivity while still engaging visitors.  From the humble smartphone to fantastic companies such as LightAnimal , digital opportunities offer the freedom to view and interact with digitally composed animals, engaging visitors in a way that wouldn’t even be possible if the animals were actually real. Augmented reality offers immersive learning and gives the majority of visitors to a zoo an up close and personal experience, not just those that pay for a VIP experience. The demand is high for instantaneous and gratifying experiences, and AR and digital technology is being increasingly used within formal educational environments to improve learning efficiency.  Overlaying some traditional zoo viewing opportunities with a digital narrative could further their collective educational and conservation offer, while simultaneously mitigating the need to have the some of the actual species in captivity, reducing costs and preventing animals being kept in sub-standard conditions.

Many wild (free-roaming or captive) animals around the world need help from natural or man-made disasters, or abusive and cruel situations. Veterinary help, emergency relief or rescues are carried out regularly by international animal welfare NGOs. And wild animals also need rehoming; Illegally traded animals seized by authorities, overbreeding in captive facilities, war or political upheaval or simply closure of a captive facility are just some of the reasons why.  While wildlife sanctuaries can take some animals, they are often over-capacitated or do not have the right expertise to care for some species. But many zoos still rarely considering these opportunities. It breaks with customary practices of only focusing on in-situ conservation practices or only keeping species that marry up to collection ideals, and of course rescued animals takes extra funds and other resources. However, zoos and zoo staff are uniquely qualified to help both rescues and rehoming, partnering with other animal protection or rescue groups to support immediate or long-term recoveries. In this increasingly volatile world, rescue and re-homing or rescue and release programmes must become a reality for all modern zoos and aquariums.

They would view animals as sentient individuals not just as populations

While population management is a necessity for successful breeding programmes, it can sometimes result in animals in zoos being viewed as populations rather than individuals. Thus, nuanced needs are not always recognised or provided for. Good zoos will use a recording system that allows them to recognise and monitor individual animal health and behavioural statuses, great zoos will know each of their animals by name, personality and preferences.

They would end animal shows and only educate

Sadly, photo opportunities and “selfies” and circus like shows are still abundantly found in zoos around the world. Both are forms of exploitation not education.  Animals often suffer in a manner that isn’t immediately apparent to us. That monkey quietly sitting on the shoulder of its keeper as it is petted by numerous visitors or the snake repeatedly brought out for photo and handling sessions?  Unless managed by experts, both will most likely be suffering in a state of chronic stress that has long term implications for their health and welfare. What about the circus show animals? Whether a marine or terrestrial mammal or bird or reptile, they are often kept in “temporary” enclosures that prevent natural behaviours, and are trained to perform for us on a daily basis. Even if they appear to be displaying natural behaviours in a show, the animal still has no choice to perform, thus losing its autonomy to choose how it wants to behave at any given time. Education is a vital part of a zoos remit, but it can be done without the need for animals to perform. Carefully supervised interactions are still possible, but only if carried out by expert staff and ensuring the animal’s welfare and not the entertainment factor, is a priority at all times.

Like all industries, zoos must evolve with the times, and a good future zoo will think outside the box, capitalising on digital opportunities, supporting home grown initiatives, focusing outwards rather than inwards, sharing their experiences and expertise to support all animals.