Why we're against octopus farming 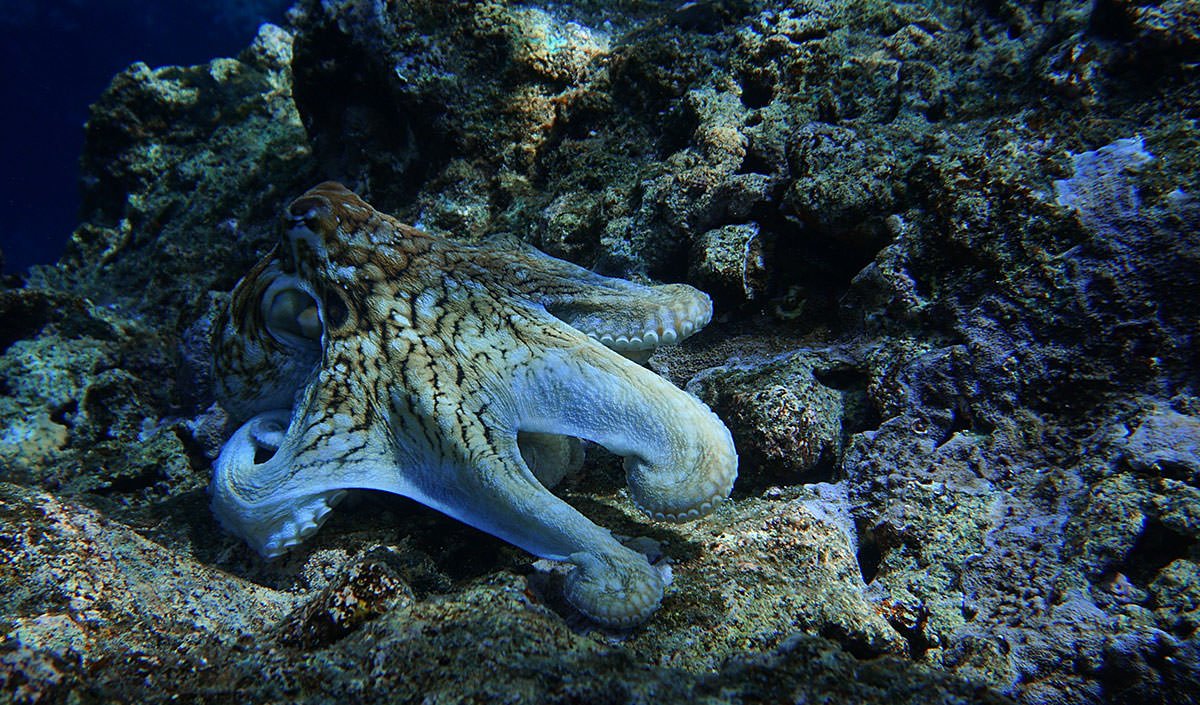 Octopus farming could become a reality, something that concerns scientists and animal welfare organisations.

“Many people may not relate to the octopus in the same way as they do the elephant, dog or bear, for example, but these are sentient creatures that have welfare needs just like any other animal.

“We doubt that breeding and rearing octopus on a commercial level would be able to suitably provide for these needs and as a result we could see highly intelligent animals experiencing serious welfare issues.”

During the recent World Octopus Day, an article about how octopus farming could become a reality referenced a study into the ethical concerns surrounding commercial farming and detailed the increase in desire for it, partly to fulfil the rise in demand for octopus – the amount of them fished from the world’s oceans could have almost doubled since 1980.

Octopus are believed to be the most intelligent invertebrate and have to independently control eight limbs, which are covered in individual suckers and sensors, and are one of only several species on earth known to use tools. They can change colour to express their emotions and communicate with other octopuses, as well as camouflage themselves to mimic their surroundings.

The octopus is a predator, it needs brain power to hunt and catch prey in a three-dimensional world. Considered to be as intelligent as the domestic dog, with that intelligence comes a complex array of behaviours and adaptions that enables octopuses to survive in the diverse habitats they are found in.

Wild Welfare’s works with zoos, aquariums and sanctuaries around the world to raise animal welfare standards and ensure all wild animals in captivity receive proper care and welfare.

The charity encounters thousands of different animal species, including octopus, in the facilities it visits, and works with animal care staff to ensure they provide care that enables all animals to thrive in captivity.

“After considering the intelligence of an individual octopus, who would feel it is appropriate to hold them in commercial fishing tanks or nets and not allow them to live a full and complex life in a natural environment,” Simon added.

Read more about what octopus need to thrive in Wild Welfare’s Care for Us guide HERE.