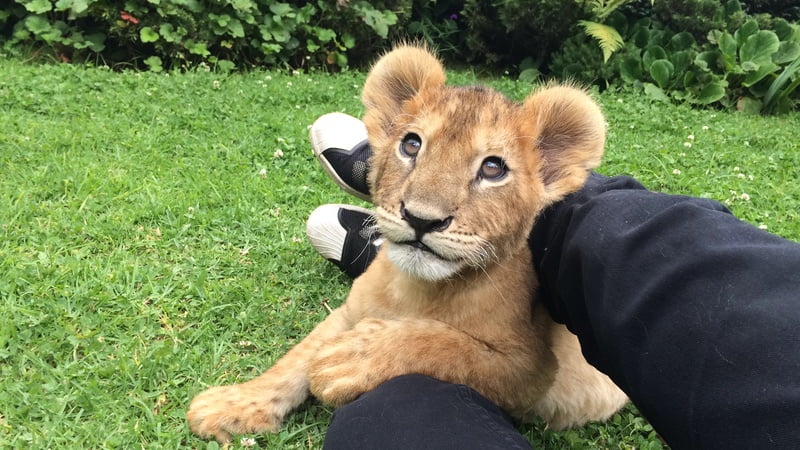 Wild Welfare has been made aware of potential animal welfare and exploitation concerns at the Black Jaguar White Tiger (BJWT) facility in Mexico. These concerns include but are not limited to; the mixing of different big cat species together; the continued arrival and hand-raising of nursing cubs; the handling and petting of animals and the limited size and/or complexity of the enclosures provided at the facility.

Wild Welfare is concerned with all captive wild animal welfare, from zoological facilities and private ownership to animal sanctuaries, and takes these reports very seriously. Through our own investigation, we have verified that these concerns are valid, and as such, have written a letter to Mr. Eduardo Serio, the founder of BJWT.

We have predominately addressed and challenged BJWT’s mission ‘to change people’s perception of animals’ as we believe the continued promotion of handling and petting of both young and adult big cats actually provides a very mixed perception of animal conservation and welfare. The constant handling of young animals causes them to become reliant on human interactions, exacerbates unnatural behaviours, and potentially leads to harmful and life-long negative behavioural issues.

The global zoo community has recognised that some visitor-animal interactions can be exploitative and are taking steps to mitigate welfare concerns involved with these activities. A number of global zoo associations provide comprehensive guidelines on animal interactions, including suitability of species used, the messaging it delivers, regular monitoring of welfare and safety precautions to be taken. The decision to hand-raise animals is also considered within the World Association of Zoos and Aquariums (WAZA)’s Animal Welfare Strategy (2015), and should be made under the framework of a clear policy and up-to-date knowledge on the management and welfare of the species involved.

As the BJWT Foundation state that many of their rescued animals are obtained from people wanting to keep big cats as pets, we believe they should actively be discouraging the petting, handling and keeping of big cats on all its social media channels. Black Jaguar White Tiger can use their prominence as a platform to campaign against the use of big cats as pets, working with legislators to end the legal obtainment of big cats as pets.

We are grateful to the following charities who signed up to and supported our letter:

We hope that BJWT considers our concerns and recommendations and look forward to observing future improvements via their social media platforms and visitor reports.

Our vision is to end the suffering of captive wild animals around the world and ensure full and sustainable protection is given to all animals in human care. Find out more at www.wildwelfare.org Registered charity in England (no.1165941).