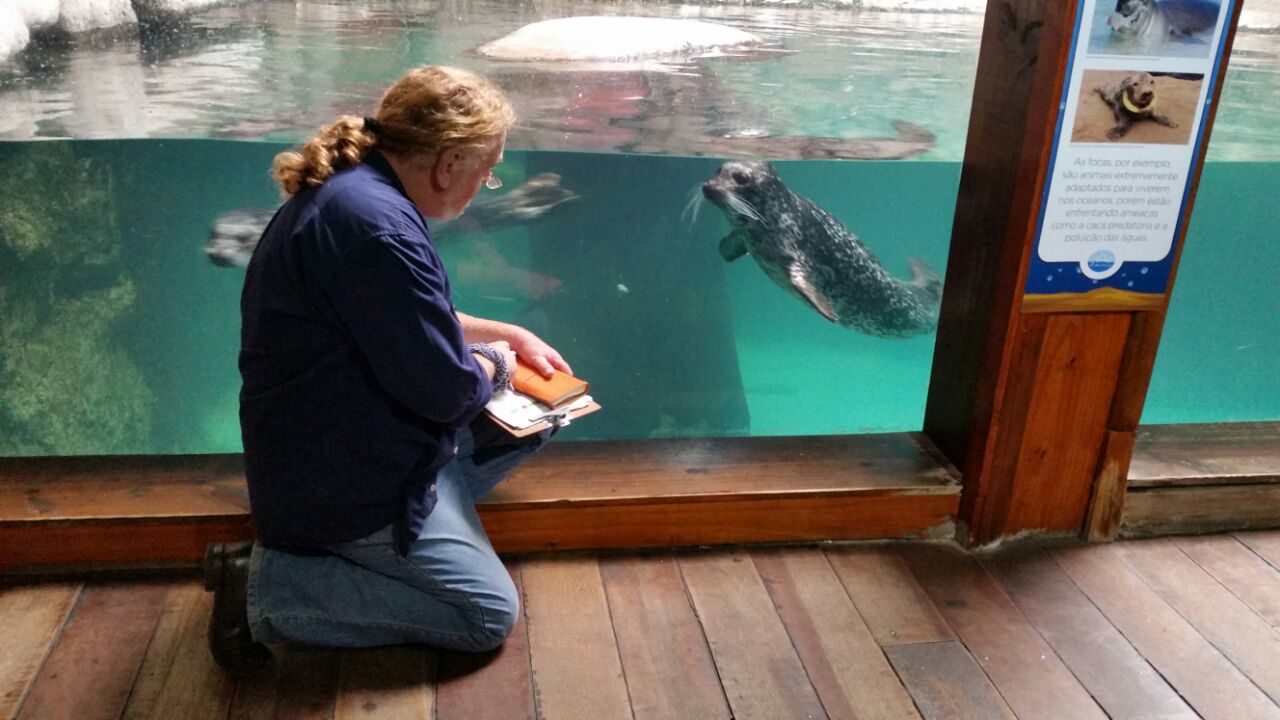 In our latest blog, Wild Welfare’s field director Dave Morgan gives us a personal take on his journeys to Brazil. Looking back on our charity’s very first visits to the country and how we have seen Brazilian zoos stepping forward to embrace animal welfare improvements. We also get to take a closer look at the link between good animal welfare in zoos and ex-situ conservation.

Ja! I am off back to Brazil for the second time this year and the seventh time since Wild Welfare first began its collaboration with the Brazilian Association of Zoos and Aquariums (AZAB) in 2014. Back in the day, the then President of AZAB Yara Barros, invited me to attend a meeting of the association in Sao Paulo. I was specifically asked to advise and assist in the establishment of a constitution and code of ethics for the association on the basis of my prior familiarity with the African Zoo Association of my squandered youth. Brazil has approximately 120 zoos and aquariums scattered through a truly massive country that takes up nearly half of the South American continent. Most of these facilities are concentrated in the southern states (nearly 60 per cent of them actually), and indeed, Sao Paulo state has its own state zoo association, the Zoo Association of Sao Paulo (Zoological Society Paulista). AZAB however, wanted to take a more national profile at the time and now and proudly boasts a membership of some 70 Brazilian facilities – nonetheless though, it retains a close working relationship with the ‘Paulistas’.

The following year I was invited back to Brazil, this time to the city of Foz de Iguaçu, near the Paraguay and Argentina borders. At a conference here I was introduced to representatives of the Brazilian government’s national conservation bodies, IBAMA and ICMBio. In line with the philosophies of the International Union for the Conservation of Nature (IUCN) – these two authorities wanted to adopt the “One Plan” approach to species recovery and conservation in Brazil. They had identified a number of species where ex-situ, captive-breeding programme components could be beneficial to the overall conservation plan. However, they had concerns about the operational standard of Brazilian zoos and their capacity for appropriate animal husbandry and welfare. They were looking for some means of assessing this, and this is where Wild Welfare came in.

Very quickly, Wild Welfare and AZAB established an accord to develop an Animal Welfare Standard and Certification programme for the association, that might guide and reassure the conservation authorities’ thinking in the future.

By having welfare standards and an assessment by which to monitor those standards, zoos can help ensure long-term monitoring of animal welfare takes place and any improvements in animal care and welfare can be made as necessary. We performed trial welfare audits with AZAB personnel on Rio de Janeiro Zoo and Parque Dois Irmaos, a zoo in Recife, over the following year, and on the basis of the audit outcomes and the hands-on experience they gave, we started to draw up documentation for a certification programme. A laborious process, as it first had to be drawn from original Wild Welfare documentation which is of course written in English; cobbled together and once fine-tuned, translated into Portuguese! Then followed a year or so of training AZAB personnel to become welfare auditors and sensitising the AZAB membership to the notion of undergoing welfare auditing. This in itself was no small or insignificant a process as most of these zoos had never undergone anything remotely resembling a peer review before, and many found the concept very threatening. However, through dint of careful persuasion, zoos started stepping forward to be voluntarily audited and during 2017 a combined team of Wild Welfare and AZAB auditors, inspected 12 Brazilian zoos.

We then planned to extend the auditing schedule and are working towards welfare auditing at least 50 Brazilian zoos in the next five years. Earlier this year at the AZAB’s annual conference, the new President Claudio Maas of Pomerode Zoo, presented to AZAB members a most impressive document, suitably entitled: ‘NORMA, PROCEDIMENTO E FORMULÁRIO DE AUDITORIA PARA CERTIFICAÇÃO EM BEM-ESTAR ANIMAL da ASSOCIAÇÃO DE ZOOLÓGICOS E AQUÁRIOS DO BRASIL – AZAB’, translated as ‘the standard, procedure and audit form for animal welfare certification of the Association of Zoos and Aquariums of Brazil’.

It was a proud moment and more so, as the conference then saw an historic signing of memoranda between AZAB, IBAMA and ICMBio, committing to the development of ex-situ breeding projects for 22 endangered species of Brazilian fauna. Hah! Wild Welfare has always said that when it comes to zoos, good welfare can cause effective conservation, if you are not careful!

Barely had the ink dried on the memoranda, when a team of AZAB and Wild Welfare swooped out to audit another six facilities – including the well-known and popular Sao Paulo Aquarium. That was in March and now its back for round two of the 2018 audits. We have five audits lined up this time, one of which is the colossal Sao Paulo Zoo (a zoo covering more than 200 acres with more than 3,000 animals). ‘Twill be an interesting one I think.

Obrigado a todas. Te vejo em breve! (Thank you all. See you soon!)