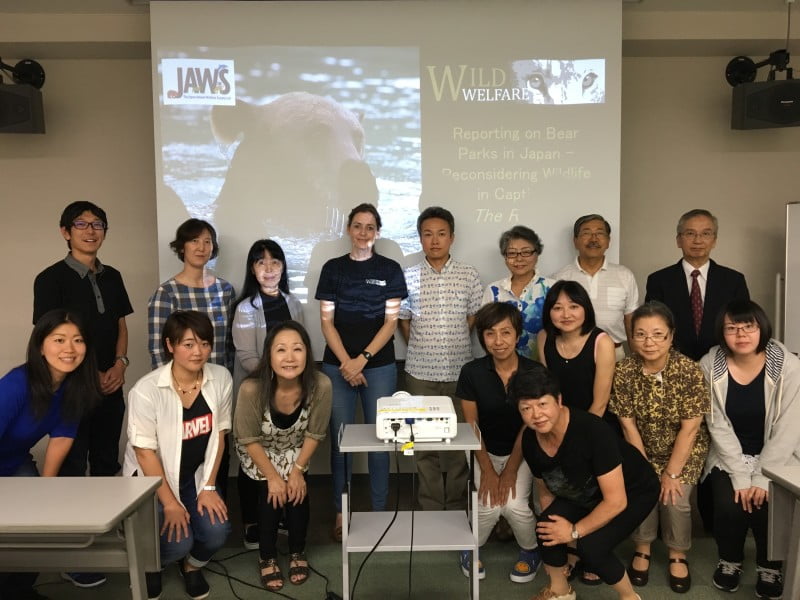 As the number of zoos in Japan increases, it is more important than ever that appropriate protection and care is provided to the captive wild animals within these facilities. There is currently limited legislative standards or protection provided for these animals in the country, and as a result it is important that the captive collections themselves lead by example and provide the highest standards of care.

Wild Welfare were recently able to take the lead on this by presenting to a number of different organisations and key stakeholders in Japanese animal welfare, giving training on key captive animal welfare practices and the importance of welfare assessments within zoos.

The recent Japan visit also provided the opportunity to hold a workshop with the Japan Animal Welfare Coalition, a group of NGOs who focus on improving animal welfare through revised legislation, education and raising awareness.

Wild Welfare’s director, Georgina Allen said: “It was a fantastic opportunity to meet with my Japanese colleagues who are committed to improving animal welfare, and to help increase their capacity to work on captive welfare issues.”

Wild Welfare will continue to work together with the relevant organisations in Japan, ensuring welfare within the country’s growing number of captive wild animal facilities is given the priority it deserves.