Uniting for bears in Japan 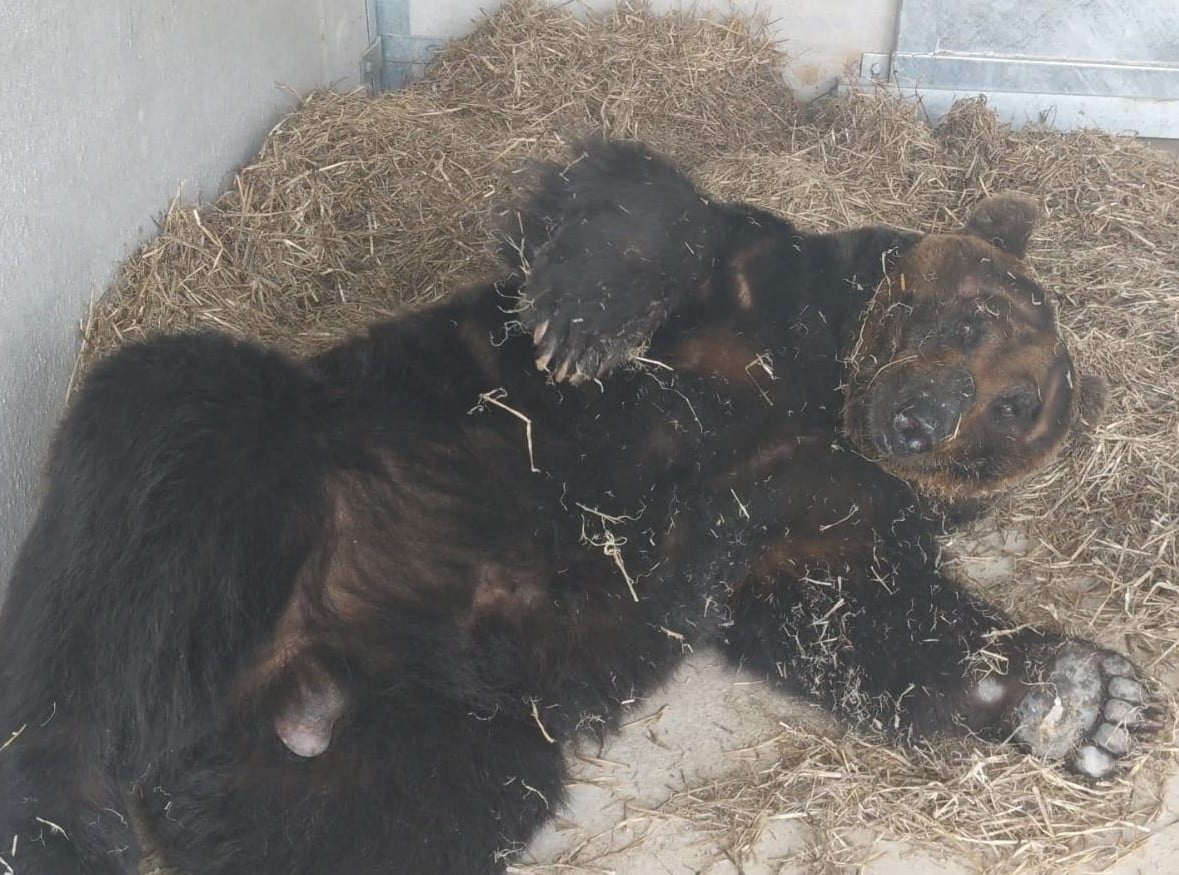 Last week we were successful in completing one of our most significant and exciting projects to date. Thanks to the many people and organisations involved, from both Japan and the UK, we facilitated the move of four beautiful brown bears more than 5,000 miles from Hokkaido in northern Japan to the UK, where they’ve started a new life at Yorkshire Wildlife Park.

Finding homes for these four bears was a huge undertaking and our focus as a charity is not centred on rescuing or rehoming animals. So why did we undertake such a mission?

Moving these four gorgeous bears to a new home where they can play with toys, scratch their backs on trees and roll on soft ground for the first time, wasn’t just about giving them a new opportunity at life. The bears also represent what Wild Welfare is really about – uniting leading zoos and animal welfare organisations to improve welfare for wild animals in captivity around the world.

Rehoming four bears from Japan to a rehabilitation facility had never been done before, and in total, it took more than ten organisations to make this special project possible. This included a brown bear expert from Japan’s Hokkaido University, a veterinarian from a neighbouring captive bear facility who supported our UK vet, the Japanese Association of Zoos and Aquariums (JAZA) (notably Mr. Okada san and Mr Etsuo Narushima san) who provided essential advice, and importantly, Japanese animal welfare NGO experts who provided vital in-country management of the project.

In particular we’d like to note Dr Nai Machiya san, Japan Animal Welfare Society (JAWS Japan)’s director, who was instrumental in facilitating this rehoming project. JAWS Japan, like Wild Welfare, have been supported by the UK animal welfare charity JAWS UK. JAWS UK’s chairman, Tony Crittenden, commented on the bears’ move, saying: “JAWS UK has been supporting animals in Japan for more than fifty years. We have strongly supported and encouraged Wild Welfare with its five-year project in Japan and know how important their work is providing continued education and advice.

“We congratulate Wild Welfare, JAWS Japan and Yorkshire Wildlife Park, who have all worked so hard and given these bears a chance at a new lease of life. This project shows just what can be achieved with international cooperation in the future to help the world’s captive wildlife.”

On the bears’ moving day, there were more than 30 people involved. There were large cranes and trucks to move the bears’ crates, fans and trays of ice to keep the bears cool, treats for the bears in the shape of chunks of watermelon on sticks and of course an aircraft to fly the four bears the 5,400 miles to the UK.

Everyone involved has become a trusted colleague over the past few years that we’ve been working in Japan and what’s built up has been a dedicated community of people, all with one goal in mind – to give Riku, Kai, Hanako and Amu a happier life. During the nearly two-year project, we met regularly with all key people, discussing options for the bears and talking about why improving their welfare was so necessary. Importantly, the facility holding the bears was included in discussions, as they too were keen to give them a better life.

Through this project we have forged long-term partnerships and friendships that can help further animal welfare improvements in Japan. Rehoming these bears has cemented our relationships with key experts and authorities, and through mutual trust and respect, we are identifying the best short and long-term solutions to some of the key animal welfare issues facing the country.

There are potentially hundreds of other captive bears in Japan living in bear parks, and through this rehoming project, we have continued to press for discussion and action around their welfare, simultaneously gaining a better understanding of Japanese culture and the different way things are done across the country, so we can collectively improve conditions for these other bears.

Japan’s current Act on Welfare and Management of Animals (1973), revised in 2012/13, has little reference to welfare for wild animals and lacks measurable enforcement. Through the bear rehoming process we have continued to discuss how legislation can be enhanced and better mitigate the poor conditions in other captive wild animal facilities around the country, and how we can establish a proper zoo monitoring and assessment programme that pushes for much higher welfare standards. We believe our approach of uniting key organisations and communities who can make a real difference to animals’ lives in Japan, can secure better animal welfare standards for all Japan’s captive wild animals. And finally this leads us to Yorkshire Wildlife Park (YWP), itself an award-winning facility that is a member of the World Association of Zoos and Aquariums (WAZA), The European Association of Zoos and Aquaria (EAZA) and the British and Irish Association of Zoos and Aquariums (BIAZA). Staff from Yorkshire have been fantastic and a special mention must go to John Minion, CEO, Cheryl Williams, YWP Foundation CEO, Simon Marsh, Debbie Porter and Dr Alan Tevendale, who were all critically involved in the move of the bears. Countless other staff have helped and are now providing expert care for the bears. Our work with facilities like Yorkshire and other leading zoos, utilises their animal welfare expertise and helps us support zoos that want to improve and change.

This was no small project for the park, they put in significant time and resources to work with Wild Welfare and make this rehoming project a reality. Without the park’s generosity and willingness to share their expertise and resources and take a chance on these four bears, none of this would have been possible. Yorkshire Wildlife Park are not alone in supporting wild animals in need, whether in captivity or the wild, and we encourage people to find out what their local zoo, park or aquarium is doing to help captive wild animals live better lives, whether via rescue, rehabilitation, release, or simply providing animal care advice.

This project has been as much about the lives of these four bears and making it worth living, as it has about demonstrating how working towards a shared goal, utilising expertise from the leading zoo and animal welfare community, can make anything possible.

The project demonstrates a future where leading zoos continue to be catalysts for positive change that helps captive wild animals living confined and constrained lives experience better welfare. A future where the world’s leading zoos demonstrate to others what compassionate care and welfare looks like and how best to achieve it.

Wild Welfare has high hopes for that future and will continue doing everything it can to get there.