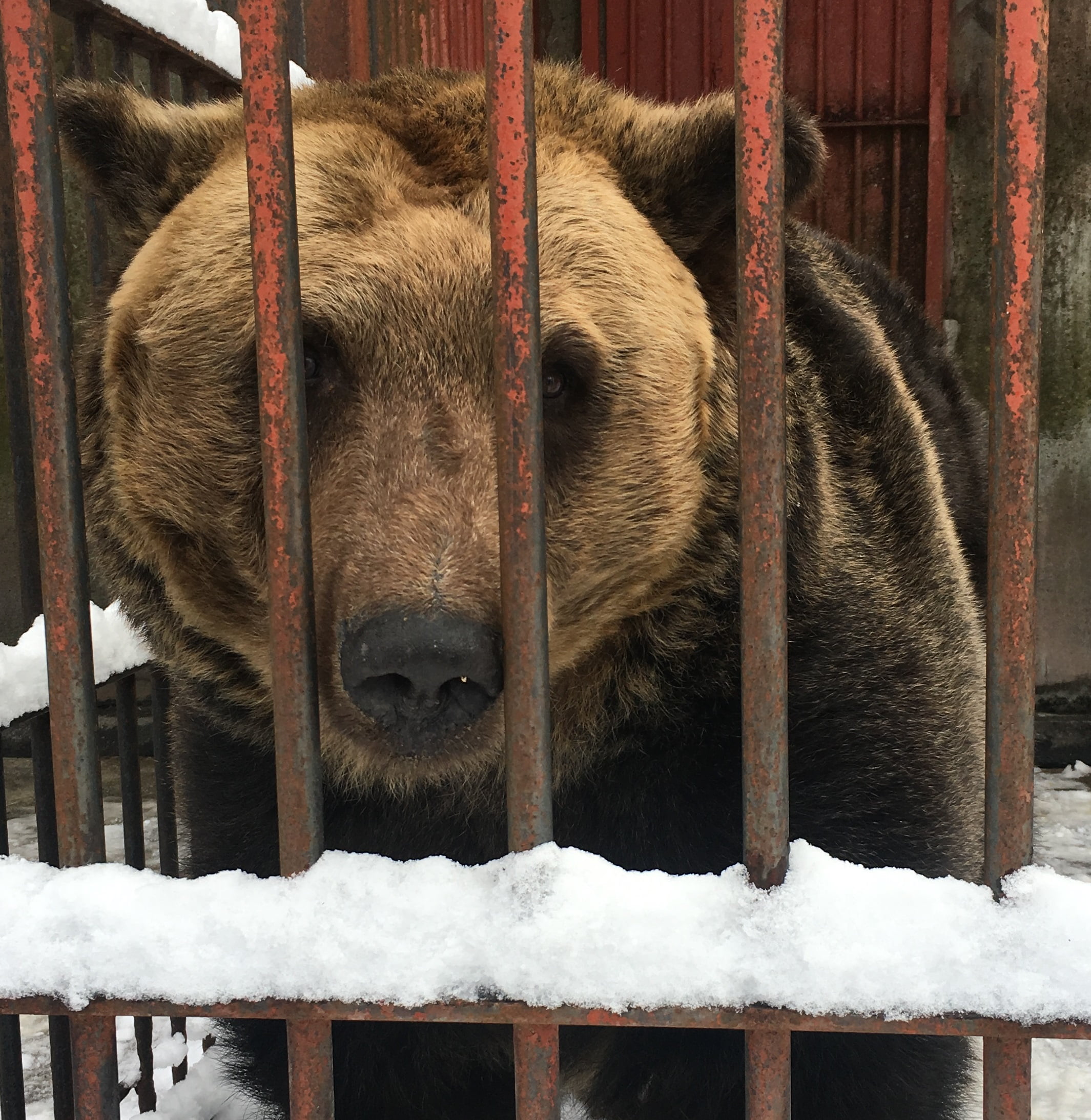 After ongoing and concerning reports came in about the conditions of four brown bears living at a captive animal facility in Japan, Wild Welfare, along with several partners, began exploring opportunities to improve life for the bears.

When concern was raised about the bears’ living conditions at their home at the Ainu Culture Museum, in Hokkaido, Japan, Wild Welfare, alongside animal welfare organisation the Japan Animal Welfare Society (JAWS) Japan, began working with museum staff to identify improvements. When it was agreed that the significant advancements needed to improve the bears’ wellbeing were not possible where the bears currently resided, a lengthy project began to find a new home for the bears.

Numerous options for an alternative suitable home in Japan were explored and exhausted and Wild Welfare, through its ongoing relationship with the UK’s Yorkshire Wildlife Park, discussed the potential for Yorkshire to rehome the bears. Thanks to Ainu Museum agreeing to release the bears and to Yorkshire for being able to provide the resources and expertise needed to ensure the bears receive lifelong care, plans for moving the bears to the UK began.

Now, nearly two years later and thanks to the cooperation of a team of dedicated people, the day is approaching when the four Japanese bears – Riku, Kai, Amuro (Amu) and Hanako – will be moved to a new and improved home in the UK.

The four bears are Ussuri Brown Bears – Ursus arctos lasiotus, they are listed on the IUCN’s Red List of Threatened Species as threatened and vulnerable, with wild populations vulnerable to illegal poaching for body parts, habitat loss and illegal hunting. Ussuri brown bears are found on one of Japan’s northern islands, Hokkaido. They can weigh up to 550kg and live up to 35 years. Two of the four bears being rehomed are 27 years old and two are 17 years old and they have a number of health concerns related to their age and their life in captivity.

Now sees the culmination of everyone’s extensive planning and commitment to this project, as the four captive bears will journey more than 5,000 miles to Yorkshire. This is a huge move for all the bears, two of which are an advanced age. They have spent their life in confined conditions and moving them has seen everyone involved considering what is in their best interests in terms of health and welfare, every step of the way. Their move, alongside an experienced veterinary team, will see the bears arrive in the UK and find peace at Yorkshire’s award-winning 180-acre park. Here, they will have a newly-built two-and-a-half-acre reserve all to themselves, where they can receive essential care and rehabilitation.

There are potentially hundreds of other captive bears in Japan living in unsuitable conditions and Wild Welfare’s work is already helping some of these bears. There has been phenomenal dedication and hard-work from a number of organisations across Japan, and from the team at Yorkshire Wildlife Park, in preparing for this move and it is thanks to everyone that we are now counting down the days until these much-loved bears set off for the UK.

Image © Wild Welfare: One of the bears in their current home in Japan