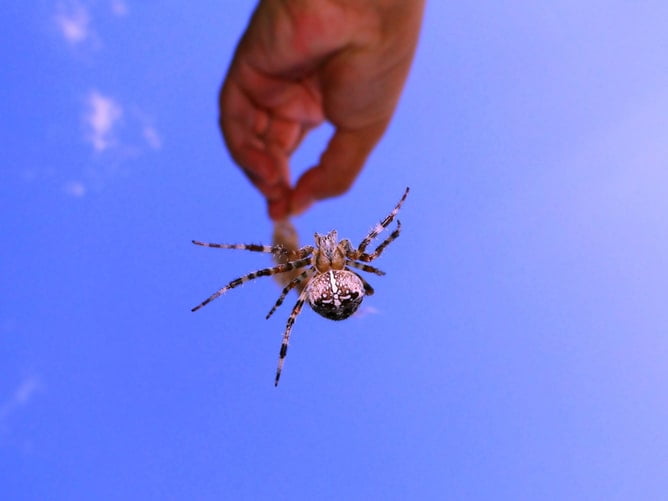 It is with trepidation that Wild Welfare sees celebrities return to the jungle this November. Since the show’s inception, there have been concerns raised about the use of animals within “I’m a celebrity…get me out of here!” Complaints from organisations and viewers alike have been sent to producers, expressing concern over the treatment of animals within the show.

In 2018, Wild Welfare highlighted the mistreatment of two juvenile carpet pythons which were subjected to potential dental and spinal damage due to the actions of the show. These snakes were provoked into reacting which makes them appear more “fierce” and resulted in a defensive attack on the contestant. They were unable to escape from a stressful situation – all in the name of human entertainment.

The “bushtucker trials” segment raises additional concern when live insects are eaten purely for sensationalism. There is no intrinsic reason to assume insects can’t experience emotions such as fear and evidence suggests they feel acute and chronic pain too. The use of live animals and the eating of live insects raises serious questions about the welfare and ethical considerations of such “entertainment”.

Through previous communication with the programme, we were told that they “comply with regional and national laws concerning the use of insects, animals and reptiles.” They also told us that they “inform the RSPCA NSW of all our activities on the show, with an open invitation to attend the site. External consultants are also involved, monitoring activities to avoid adverse impact on the local ecosystem”. However, there is little evidence that effective consideration is being given to the welfare of the individual animals and insects being used.

Other versions of the show, notably the Australian series, involves the use of an even wider array of different taxa, including several species of big cat as well as hyena and hippo. It is unclear how the show evaluates the animal’s welfare, but the complex needs of these animals would be very hard to meet on a film set. The fact that the animals which are being used are primarily juveniles is also a concern.

An interview from the animal handler that worked on the 2015 Australian version of the show stated that he used “smaller, younger animals that are more manageable.” Hand-raising is often used to ensure greater compliance of an animal if destined for use for interactions or entertainment, however Sarah Blake, Wild Welfare’s projects and development manager has seen the negative impact on welfare that early maternal separation can have.

“Hand reared animals commonly have complex behavioural issues because they either imprint on a human or develop an intense association as a resource provider,” said Sarah.

“This creates frustration which turns to aggression in older years or an inability to interact with social groupings of their own species. The decision to hand raise impacts the animal for its entire life.”

In a different interview for the 2018 series of the Australian show, it was stated by the “animal wrangler” that it is a challenge to keep the animals “in line” and they were kept in shipping containers when not on set. This is an unacceptable place to keep animals, even temporarily, given the issues with lighting, heating and ventilation within a shipping container, not to mention the complex behavioural, environmental and species-specific needs of the animals being used.

We are not the only charity or organisation to raise concerns over the use of animals within the show. The Royal Society for the Prevention of Cruelty to Animals (RSPCA), British Veterinary Association (BVA) and Campaign Against Cage Hunting (CACH) have all written statements pertaining to their concern and abhorrence over the continual and unacceptable use of animals.

The RSPCA has raised concerns over the way in which the show also desensitises its audience to animal cruelty. We echo their apprehensions and add further that audiences can easily be influenced by what they see but are also being fed the wrong information. In the 2016 Australian series, CACH raised a concern after a white lion cub was brought on set and it was suggested that the individual may have come from a commercial breeding project involved with canned hunting.

This was not the only issue given that the handler claimed that the white lion was part of a breeding programme due to its endangered status which is false. White lions are the result of selectively breeding carriers of recessive genes and rarely if ever occur in the wild.

Photos of influential hosts such as Holly Willoughby cuddling a koala also sends out the message that this is not only acceptable, but a desirable thing for audience members to do, therefore increasing the demand for selfie opportunities and animal interactions. Close interactions involving physical restraint can be seriously detrimental to an animal’s well-being and encourages poor ethical choices within tourism.

We understand that the producers of the show have responded to concerns claiming that there are “animal and insect wranglers” to oversee the use of animals and that challenges on the show involving animals are tested and developed carefully. However, even if this is the case, the welfare needs of those animals are not being met.

Wild Welfare believes there are many exciting challenges to jungle life which the contestants can tackle without the unnecessary use and exploitation of animals for sensationalism. We strongly recommend that the producers of “I’m a celebrity..’ consider alternative challenges that do not use animals or insects which are simply there for human entertainment.