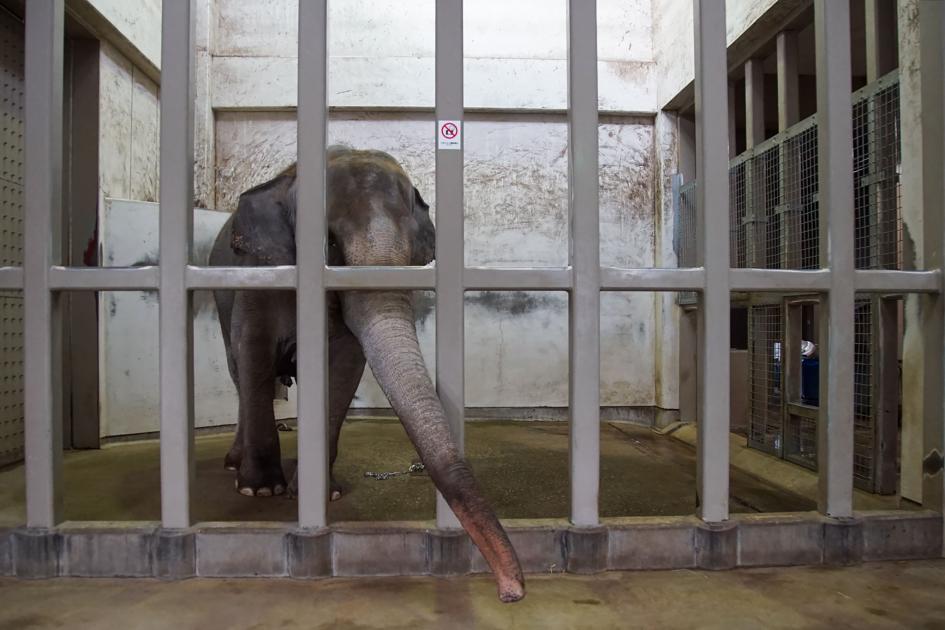 A recently published report has shown that there are a number of solitary elephants being held in captivity in Japan.

Elephants are extremely intelligent animals and have complex social needs, the social aspect of an elephant’s life is the most important to its well-being and therefore there is serious concern for the psychological welfare of any elephants kept on their own.

The emphasis on good animal welfare in captivity has greatly increased in recent years within the zoo and aquarium community.

Combined with an increasing demand by the public for transparent and visible action for animal welfare to be taken by those in charge, popular, beloved species such as the elephant are often the focus of such action.

In addition, in the last three decades our understanding of the complex social and emotional needs of elephants has increased considerably.

The accredited zoo community will always strive to have the highest standards of care and as such, some zoos have and will continue to take the step to remove species such as elephants from their facilities if they believe they cannot provide the highest standard of care for them and cater for their species-specific requirements. However, unfortunately for every accredited zoo it would seem that there are a great many more that do not have these high standards of care.

There are possibly 3000+ zoos and aquariums in Japan and currently no central zoo licensing authority in regards to captive wild animal welfare.

Given that JAZA membership is more than 150 facilities, this would be a fantastic step towards improving animal welfare and among other things, addressing the issue of social species – not just elephants – being kept in solitary conditions.