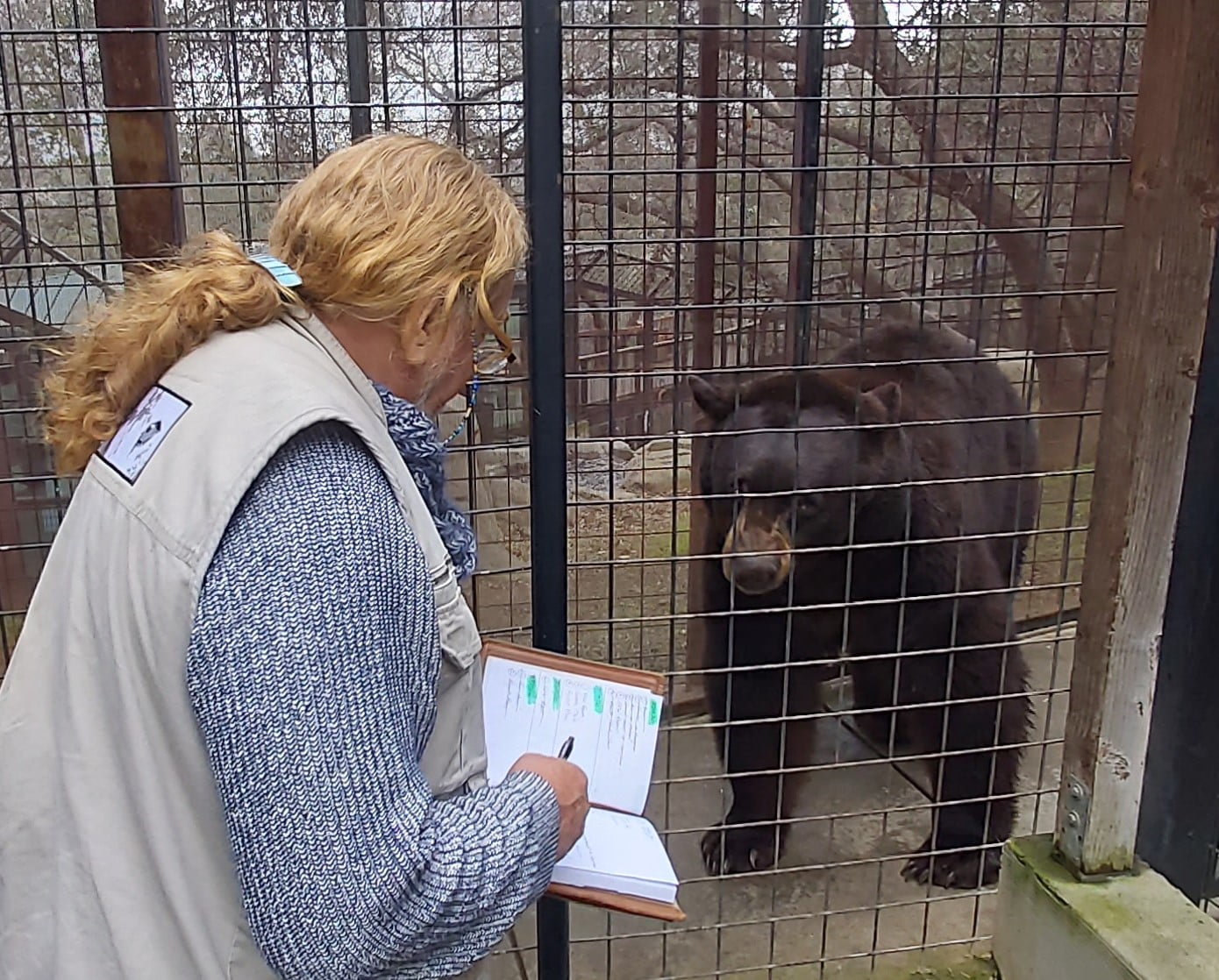 Over the course of February, the Wild Welfare team have been in the USA in order to conduct our first ever welfare audit for a facility in North America. After our visit to the state of California, we also paid a brief visit to Tennessee which had important ramifications for our continued and future work in Sabah.

We were pleased to find that the facility was largely compliant with Wild Welfare’s core fundamental standard of practice for captive animal welfare.

The audit took a total of two days to complete and it was interesting to note that many of the animal inhabitants had a rescue/rehabilitation story attached to them. While there, we were able to watch a training session with a north American black bear (Ursus americanus).

The session involved the use of positive reinforcement training (PRT) which can be an excellent management tool when done properly. Using PRT ensures that the animal has choice and control over the training session. If the bear did not want to participate that day, he could choose not to. 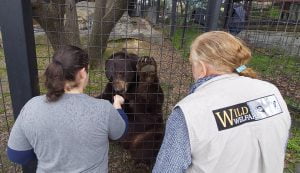 Our team were joined on the trip by Margaret Whittaker of Creative Animal Behaviour Solutions. She has joined us on several previous excursions and her input, particularly when it comes to elephant management, is invaluable.

While in Tennessee, Margaret and the team visited The Elephant Sanctuary, which is a facility that houses both African and Asian elephant species. The 11 elephants that currently call the facility home have been rehomed from performing institutions and now live a life of luxury encompassing expansive space to roam, a varied and naturalistic diet and a stimulating environment.

“The standard of care for these elephants is certainly the highest I have ever seen, it’s quite a facility,” said Dave Morgan, Wild Welfare’s Field Director.

While visiting, Margaret and the team gave two presentations to the keeping staff. One examined the modern concepts of animal welfare whilst the other spoke about how to assess quality of life within animals. The latter is hugely important in order to make objective decisions about animal management and care. 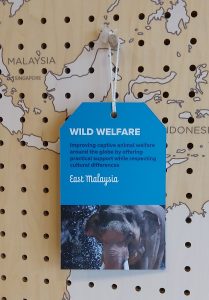 which Wild Welfare were represented. There were pegs all over this map denoting the projects that the sanctuary help to support.

Attached to Sabah, Malaysia was a tag displaying our name and mission. It felt remarkable that a small, UK-based charity was represented in such a way in north America for work we conduct in Sabah.

Thanks to generous funding from the sanctuary, the Wild Welfare team will be able to continue its work in Sabah into the future. We have a long standing relationship with Lok Kawi Wildlife Park, where we have previously conducted a welfare audit as well as conducting training workshops with the staff.

Building a relationship with a facility and working to offer long-term support and advice is vital in order to achieve improvements to animal welfare standards. We are hugely grateful to The Elephant Sanctuary and all our other generous donors who help us to do this every day.