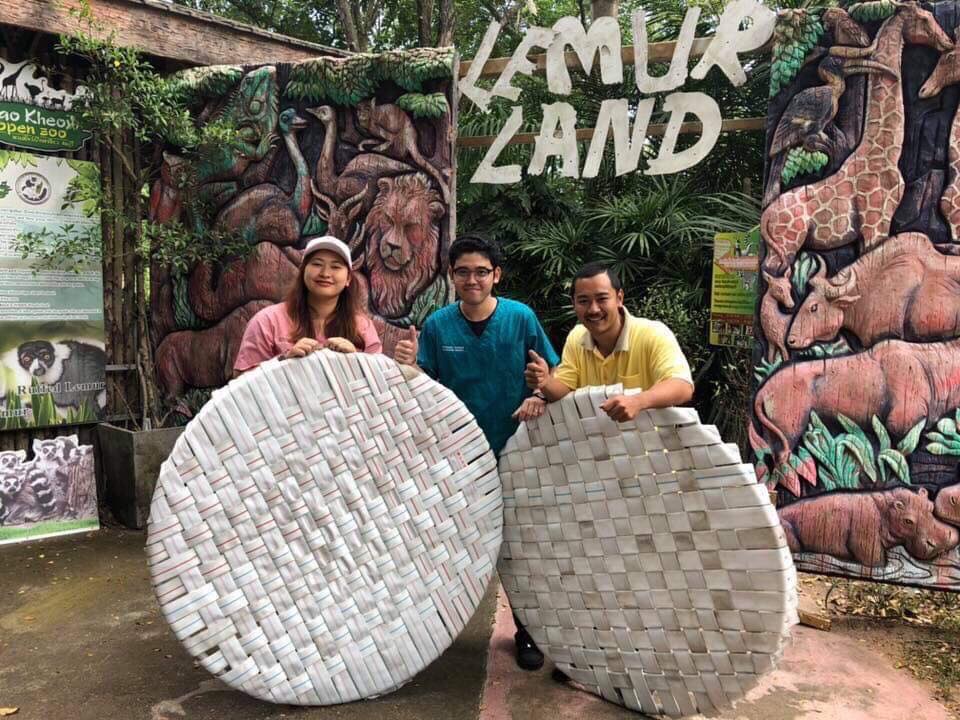 Exciting news has reached us from Thailand that shows a truly positive impact from our Partner for Animals programme. In May of this year, four keepers from North Carolina Zoo in the USA along with Simon Marsh, Wild Welfare’s operations manager and Georgina Groves, Wild Welfare’s executive director, travelled to Thailand in a bid to support continued improvements in animal welfare standards. 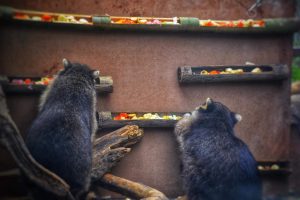 Raccoons given the opportunity to forage through puzzle feeders

Our programme was in partnership with the Zoological Parks of Thailand (ZPO). Eight zoological facilities are overseen by ZPO and we have been working with them since 2017. The teams within ZPO are committed to high standards of animal care and were delighted to have this opportunity to work with global experts as part of the Partner for Animals programme.

This was the first time Wild Welfare had trialled our new Partner for Animals programme and we are delighted to see the progress it has produced in just a few short months! When we initially arrived, keepers from both North Carolina Zoo and Khao Kheow Open Zoo were keen to listen to each other, learn from one another and collectively work towards improvements for the animals. Now, a few months on, we have received an uplifting update on how their work has progressed since we left. Evidently they have been very busy!

Jodi Wiley, an animal management supervisor from North Carolina Zoo said, who was one of the two staff members to take part in the programme, said: “We are extremely excited to see the progress Khao Kheow Open Zoo has made over the past 4 months.” 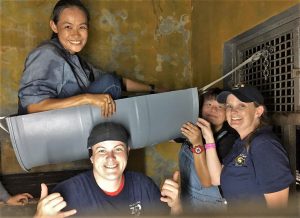 The partnership involved staff from North Carolina Zoo working with the Khao Kheow Open Zoo team to identify where both short and long term improvements could be made. From lions to porcupines, all species wereconsidered! Lions can get fat in captivity as a result of a poor diet and limited exercise, which in turn impacts their health and well-being. As a result of the partnership, the zoo’s lions have undergone a “get fit” regime whereby their diet has changed and they are exercising more through the provision of stimulating enrichment toys to interact with. Modifications have been made to the chimpanzee and orangutan indoor areas including providing a suspended half barrel enrichment which means they can sleep up high. This meets the species requirements for arboreal behaviours.

“Providing animals with choices such as where they sleep, what they can eat and where they can go in their enclosure is hugely important,” said Georgina Groves.

“Just like us, animals want to be able to make choices – having choices is almost more important than using the choices!  It gives the animals agency, supporting positive well-being and we encourage practices that provide those choices.”

The porcupines at the zoo now have an opportunity to dig with the addition of sand substrate into their once concrete enclosure. Digging is a hugely important behaviour for this species, so to finally have that opportunity is wonderful for their well-being. Thoughtful enrichment that aims to encourage rewarding behaviours has been given to many other animals within the zoo.

This includes puzzle feeders for bears, rope toys for binturong and leafy branches for loris and hornbills. One of our concerns was the public feeding of animals that encourages begging behaviour and limits animals using their enclosures positively. The zoo has now reduced the public feeding time for the elephants and rhino to allow the animals to spend more time socialising with each other and giving them the choice to forage and behave naturally. 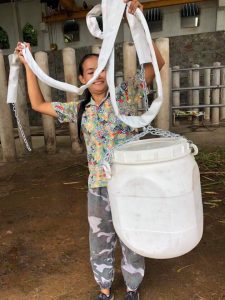 Now the elephants also have a selection of dangling toys to play with which encourages fun, manipulative behaviours with their trunks and foraging behaviours for finding their food. Golden cats have the choice to lay down on comfy beds if they want to and the entire primate section was inundated with cargo nets for climbing, puzzle feeders and an array of toys to interact with! This will help encourage investigative behaviours which are so important for all animals, particularly higher primates such as the chimpanzees housed at the zoo.

All of this is evidence of the zoo moving forward and demonstrating a commitment to high standards of animal care. To have seen so much progress by the zoo’s enthusiastic staff so quickly has been a real boost to the Wild Welfare and North Carolina Zoo teams and we all look forward to returning to see even more of the progress next year.

“It is amazing to see the progress that can be made in a short space of time. The positive relationship between Wild Welfare, North Carolina Zoo and Khao Kheow Open Zoo has allowed the partnership to flourish and enable the training of staff and changes in animal care across the zoo,” said Simon Marsh.

“The zoo keepers and managers have embraced the Partner for Animals programme and can see the benefits it can give to the animals they care for.”

The tireless zoo staff in Thailand also have many plans for the immediate future and have been steaming ahead with some of the management objectives which were discussed during our visit. Importantly this includes identifying practices that allow many of the animals to have 24-hour access to their enclosures safely and enable them to make a choice of where they want to spend their time. This is particularly important for nocturnal species who are most active at night.

Collaboration is at the heart of what Wild Welfare do and we are so pleased that the partnership between ZPO, North Carolina Zoo and ourselves has produced such extensive improvements to the animals within this facility. We are working hard on creating more of these collaborations so that we can ensure even more animals can thrive within their environments. 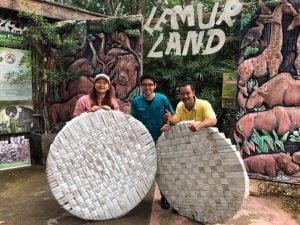 New beds for the animals to sleep on