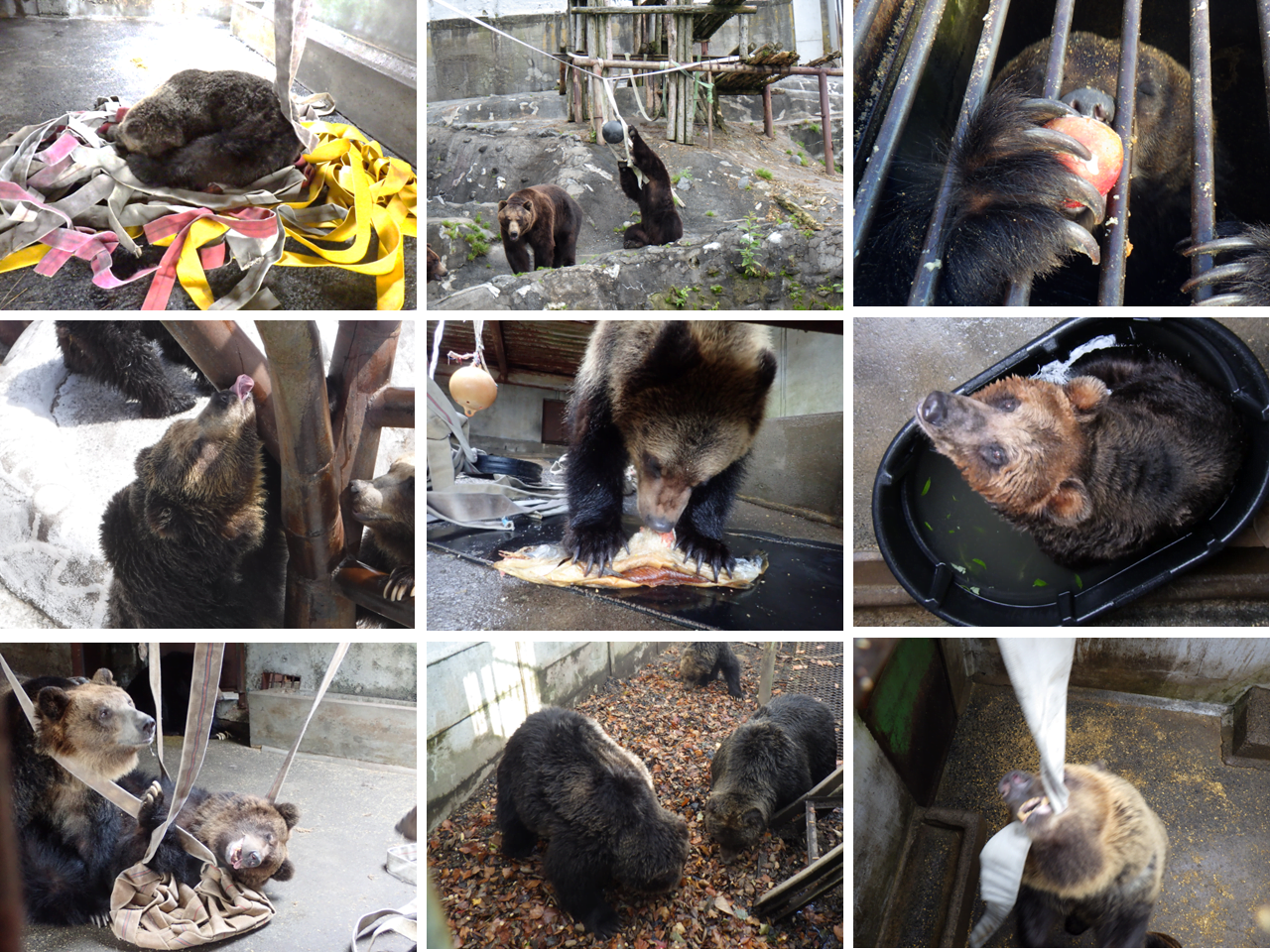 A Japanese bear park, which internationally active charity Wild Welfare has a long history of working with, has been awarded a prize in recognition of their efforts for environmental enrichment.

Noboribetsu Bear Park, situated in Hokkaido northern Japan, has had a formal agreement with the animal welfare charity since 2017. The park is part of Wild Welfare’s Partner For Animals scheme which links facilities together to enable skills and knowledge sharing between animal care teams.

“We are very honoured to receive the prestigious Enrichment Award 2022 with the help of many people. It is a steady effort to do what we can for the bears. We will continue to do our best to make objective and sustainable efforts based on animal welfare.” Dr Naoya Matsumoto, Chief of Animal Care.

Past collaborative work has included staff training to improve diagnosis of health issues and enrichment creation workshops for the staff who care for the 70 brown bears held at the park. Environmental enrichment is an essential aspect of captive care and will give animals the opportunity to play, forage, investigate and interact with a more stimulating environment.

The award given to the bear park by Citizen Zoo Network was to celebrate sustainable enrichment initiatives achieved by staff for the benefit of animals. The facility was praised for its commitment and enthusiasm to an enrichment programme as well as being recognised for their social significance, gaining external support from citizens and visitors. Behavioural observations have also been conducted at the park to gather useful data on the bears. This can help to assess overall welfare standards and highlight where improvements are needed.

The conditions for the bears within the park still require upgrades and improvements. The award process itself highlighted the restrictions bear parks face in terms of limiting environments, however, through this collaborative relationship, progress is being made.

“The relationship formed between all parties has helped support changes in the park, but this award is testament to the genuine commitment the park’s team have to improving the quality of life of the bears, despite the restrictions they face. They have used context specific approaches to enrichment and demonstrate the innovation and expertise developed within the team.” Georgina Groves, Wild Welfare Founder and Consultant.

Wild Welfare first got involved with Japanese bear parks in 2015. The organisation published an investigation which found distressing issues in many facilities such as high levels of aggression between the bears, abnormal behaviours, overcrowding and circus-style shows. Often hindered by outdated infrastructural design, some bear parks are keen to make husbandry changes where possible so at the invitation of Dr. Matsumoto, the Chief of Animal Care of Noboribetsu, Wild Welfare began conducting both theoretical and practical training.

Whilst there are many more bears parks within Japan and improvements which still need to be made, the recognition of the efforts of Dr. Matsumoto and his team is a glimmer of hope. Facilitating long-lasting, sustainable changes for animal welfare takes time but with the right support and guidance, much more is possible for the future.