Our team head to China to help deliver the first animal welfare workshop to be held in the country.. 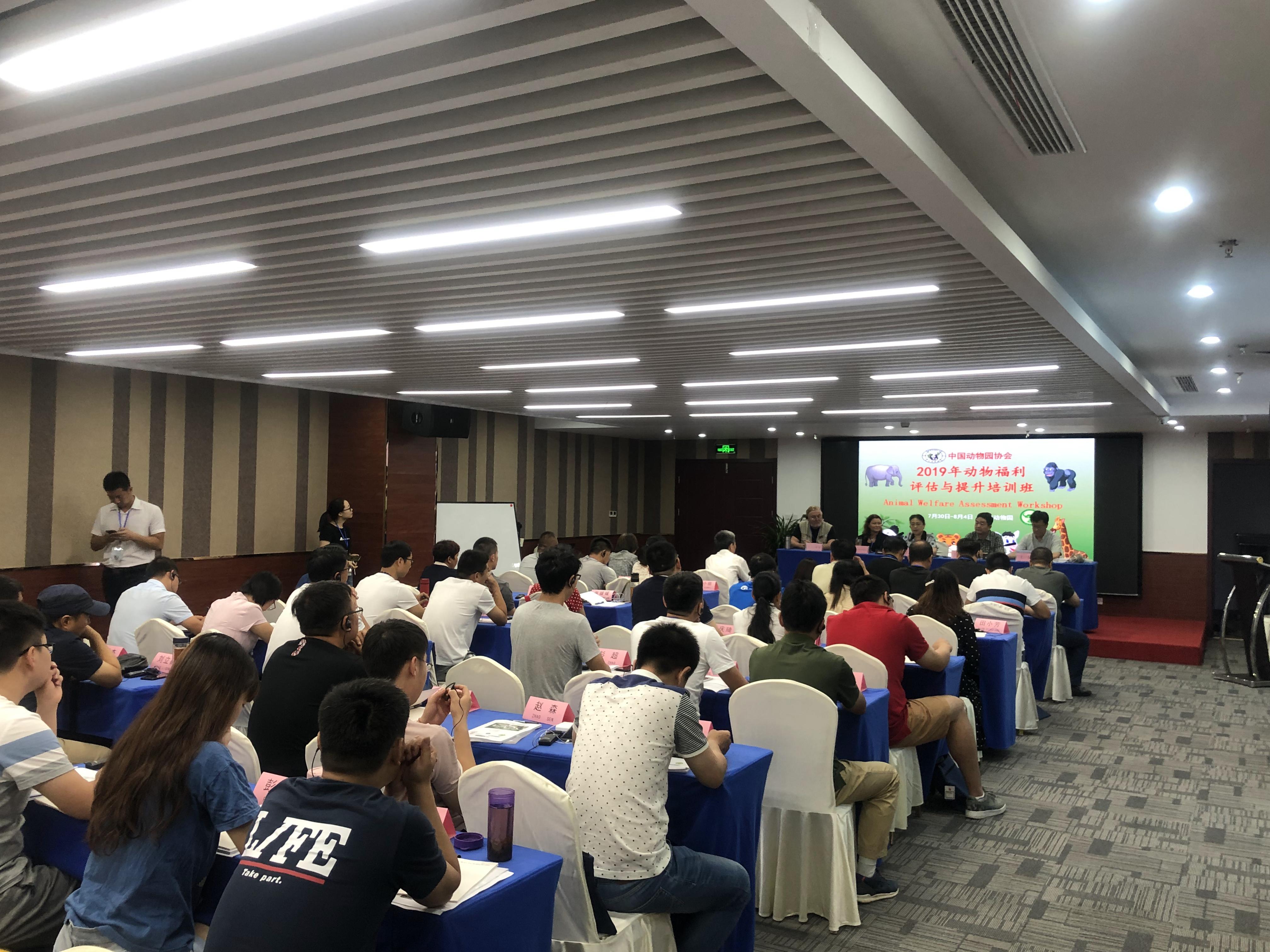 The Wild Welfare team always aims to create positive partnerships wherever we go and last week was no different. We were in China, helping to deliver an Animal Welfare and Improvement Workshop in partnership with the Animals Asia Foundation, the Tennessee Elephant Foundation and the Chinese Association of Zoological Gardens (CAZG). This was a first for the country.

The workshop involved lectures delivered by Wild Welfare’s Field Director Dave Morgan and Margaret Whittaker of Creative Animal Solutions who also partnered with us on our recent project in Sabah. The classroom was filled with delegates from 28 different zoos, ranging from animal care givers to zoo directors and lots of managers and veterinarians in between.

Madame Xie, vice-president of CAZG was excited by the project, stating

“This is the first workshop about animal welfare assessment and its tools. It will help improve animal welfare and is of great significance in promoting the wildlife protection in Chinese zoos.”

The workshops delved into the topics of ethics and the development of ethical frameworks which in itself could have taken up an entire conference. Behavioural modification in animals and the concept of animal welfare as a whole was also discussed. Wild Welfare conducts welfare audits in zoos across the globe but what we wanted to encourage during the conference was for the delegates to understand the principles behind welfare auditing. After delivering presentations on the theoretical side, the team took the delegates out into Ji’nan Zoo and encouraged them to conduct their own welfare audits based on what they had just learned.

The 41 participants applied themselves keenly and thoroughly as we challenged their thinking about what constitutes good animal welfare over the course of the week.

“It was heartening to see the delegates thought processes regarding consciousness and sentience in animals. They were questioning how best to provide for their animals with this in mind” said Wild Welfare’s Dave Morgan.

Our team were delighted to be asked to return next year, alongside Animals Asia Foundation. The return invitation suggests that our approach was deemed useful by CAZG and we hope that this can be the start of a partnership that will go a long way to benefit animals within Chinese zoos.

Of course, this was a collaborative effort. Without our partnerships between other animal welfare charities and zoological facilities, we wouldn’t be able to make the changes that we do. Figuring out the logistics and translations for workshops such as this is always a difficult task and something that we cannot always achieve on our own. Wild Welfare is always grateful for the help that we receive from our supporters and partners along the way.