Action for Animals at CITES 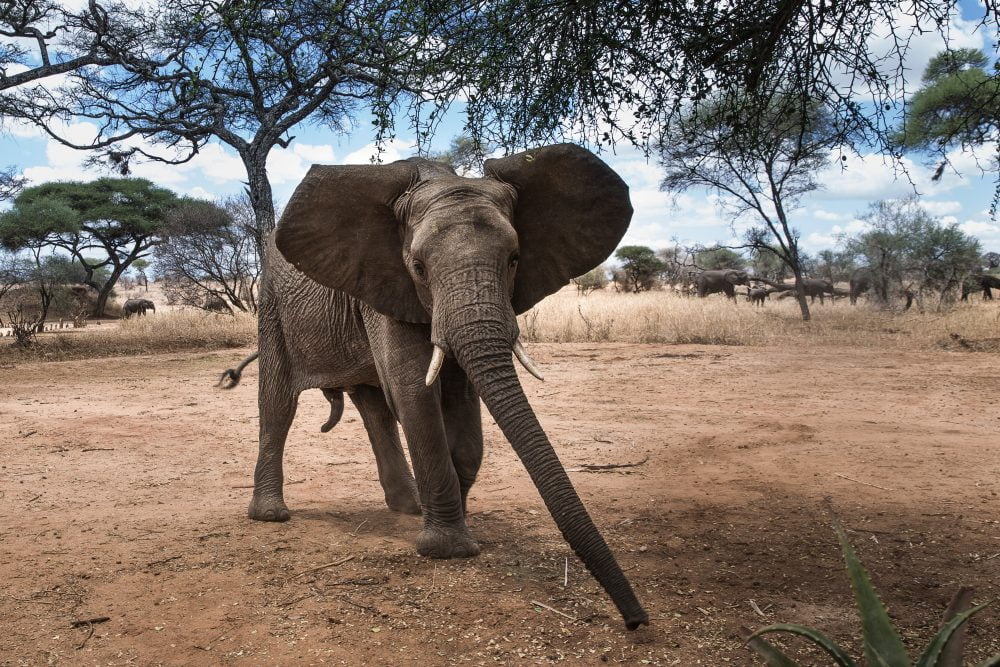 The eighteenth meeting of the Conference of the Parties of CITES (Convention on International Trade in Endangered Species of Wild Fauna and Flora), is happening in Geneva this week.

During this meeting, The Species Survival Network (SSN) Animals in Captivity Working Group (ACWG) will be in attendance. This group examines and puts forward recommendations regarding the welfare of CITES-listed animals in international trade.

There are two areas of specific interest that the working group is focusing on this CoP. The first area is Agenda item 35: Disposal of confiscated specimens; ‘Confiscated live specimens should be provided with the care required to protect their welfare and, where possible, facilitate their return to the wild.’

The second area of interest is Agenda item 44: Definition of the term ‘appropriate and acceptable destinations’. At present there is no measurable criteria or guidance to determine whether a destination for traded animals is “suitably equipped” to care for them.

As such, it can be assumed that there is some inconsistency in the approach used to determine what “suitable equipped” means by the different importing or Management Authorities. It is paramount that, to determine whether a destination is “suitably equipped to house and care for (live specimens)” and to achieve a consistent and high standard of animal care, appropriate and sufficient standards should to be used for guidance by the Authorities.

Wild Welfare has previously submitted recommendations (CITES Notification 2018/033) in regard to the development of generic and species-specific guidance, utilising the most up to date captive and scientific knowledge from existing standards in animal care and management.

We recommended consideration should also be given to animal care concerns pertaining to practices that are involved in the acquisition, transport, quarantine, integration and monitoring of the ongoing behavioural and physical health of the animals.

The SSN ACWG now urges Parties to support the adoption of the non-binding guidance in CoP18 Doc. 44.1 Annex 1 which details more specific animal care requirements, and the adoption of the draft decisions in Annex 2. It also supports the changes to Resolution Conf. 11.20 (Rev. CoP17) as proposed in CoP18 Doc. 44.2. The SSN urges Parties to view the proposals in CoP18 Doc. 44.1 as a first step in a process that will ultimately see more comprehensive generic and species-specific guidance emerging, and for such guidance to become binding on Parties.

It also urges Parties to support the changes to Resolution Conf. 11.20 (Rev. CoP17) proposed in CoP18 Doc. 44.2 by Burkina Faso, Jordan, Lebanon, Liberia, the Niger, Nigeria, the Sudan and the Syrian Arab Republic. This is reference to the proposal of a revision to the text in Resolution Conf. 11.20 (Rev. CoP17) on the Definition of the term “appropriate and acceptable destinations”, clarifying the definition for African elephants to mean in situ conservation programmes within their natural range.

The negative impacts on individuals, families, wider social groups, and the wider ecology, associated with the capture of live elephants from the wild for captive purposes, are well documented. These issues were presented in detail to CITES Parties in SC69 inf 36. The African Elephant Specialist Group of the IUCN Species Survival Commission has stated that it “does not endorse the removal of African elephants from the wild for any captive use”, believing there to be “no direct benefit for [their] in situ conservation”, and the recent recognition in the Addis Ababa Communiqué from the African Elephant Coalition Summit which took place in June 2018, which reaffirmed the position of the 30 African States in the Coalition that the only appropriate and acceptable destinations for live wild African elephants are in situ conservation programmes within their wild natural range.

The amendments that were made to Res.Conf.11.20 at CoP17 to include a new requirement that, to be “appropriate and acceptable”, trade in live animals must promote in situ conservation, were very welcome. Despite this, the removal of young elephants from their wild family groups for export to captive facilities continues.

Between 1990 and 2015, 1,774 live, wild-sourced African elephants were exported internationally, mostly to non-range States. In 2016, the export of a further 57 live wild-caught elephants was declared on the CITES trade database. Since 2012, China has imported more than 100 elephants from Zimbabwe, including 34 in December 2016. Five of the eight calves imported in 2012 have since died, and the only survivor on display is reportedly being kept in improper housing and is in poor health.

Of 27 live, wild-sourced elephants reportedly exported from Zimbabwe in 2015, apparently only 24 arrived. At least 14 more animals were exported in August 2017.  Video footage suggests that most of these elephants were aged between two and four, and a number were filmed displaying stress-induced behaviours . Recent media reports suggest that a further 35 calves have been captured, and are being held in bomas in Hwange National park in Zimbabwe while they await export .

A total of 17 elephants were exported from Swaziland to three US zoos in March 2016. One juvenile died prior to transfer. The group reportedly included a pregnant female in violation of IATA transport guidelines. A further juvenile male died under anaesthesia in September 2017.

SNN considers that there is no captive facility suitably equipped to house and care for live, wild-caught African elephants forcefully removed from their family groups. In light of this, along with the African Elephant Specialist Group’s statement and the views of many respected elephant biologists, SNN conclude that there should be no trade in live wild-caught African elephants for captive use, and that in situ conservation programmes or secure areas in the wild within the species’ natural range should be the only destinations considered ‘appropriate and acceptable’ for wild elephants (except in the case of temporary transfers in emergency situations).

Update: 19.08.2019 A large majority of countries have decided to strictly limit sales of wild elephants in Africa to those intended to keep animals in their natural environment. The proposal, which had 46 votes in favor, 18 against and 19 abstentions, will have to be approved in plenary on 28 August at the closing meeting of the CITES Threatened Species Conference.