The Welfare Of The Rhinoceros 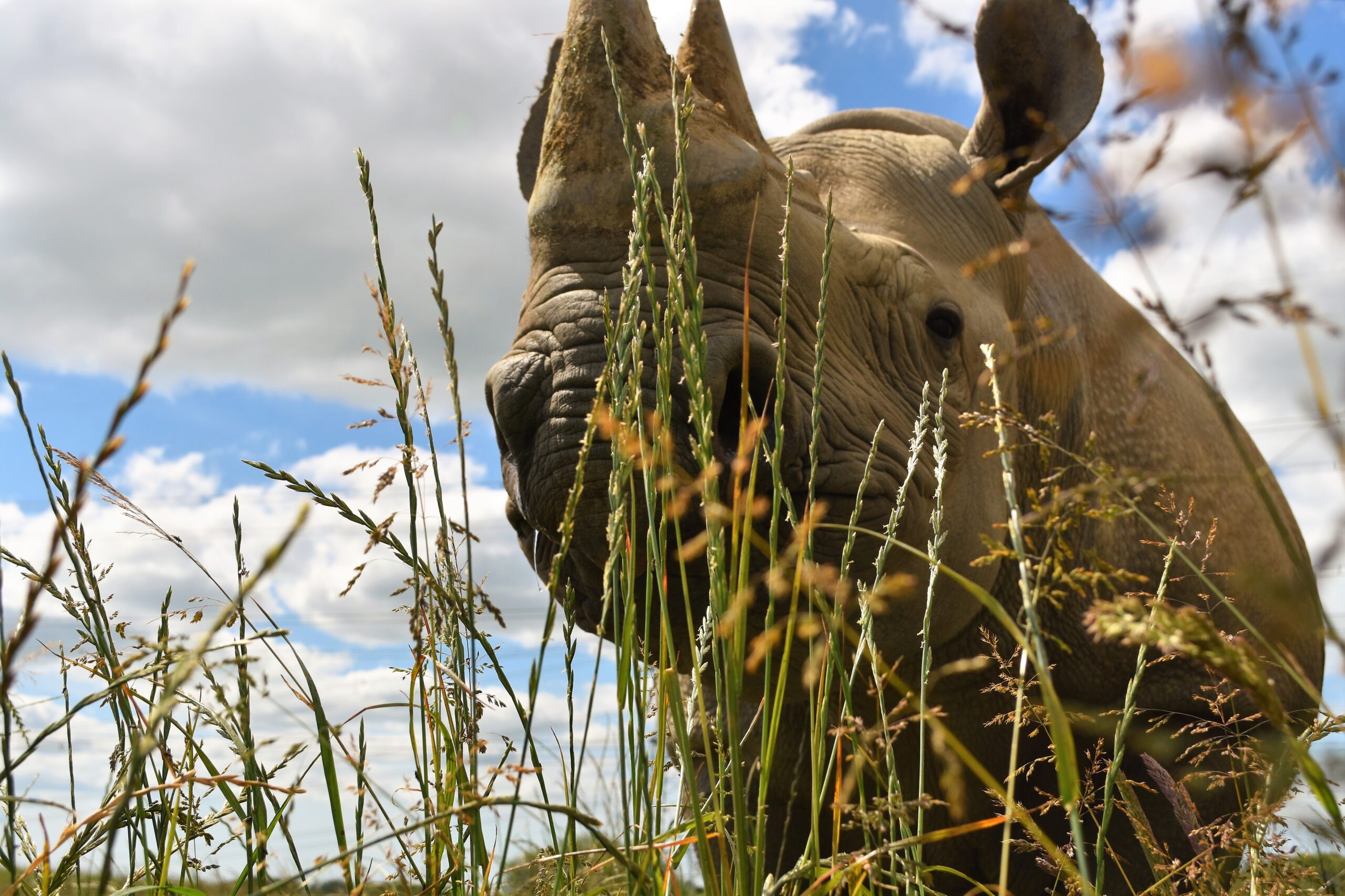 Jack Gradidge is a zookeeper in Wales who specialises in the management of rhinos. As well as looking after two adult female black rhinos, one bull and one baby, Jack travels the world working with rhinos and networking with other rhino keepers as well as running a rhino related charity called Dogs 4 Wildlife. In our latest blog, Jack examines how to promote the best welfare standards for his favourite species.

When assessing animal welfare it is of course important to look at the needs outlined in the five domains of animal welfare. However, some exotic species have very species-specific welfare requirements and it is imperative for these needs to be met to ensure they flourish in captivity.

Rhino have roamed the planet for more than fifty million years and in this time have become a keystone species, entangled in the web of biodiversity where other animals rely on their presence. Rhinos carve mud wallows and mineral stations that other animals can utilise, provide dung for hungry beetles and spread seeds to regenerate Asian rainforest. On the flip side, oxpeckers have formed a symbiotic relationship with African rhino to relieve them of parasites, preventing disease.

There are five extant species of rhino: black (Diceros bicornis), white (Ceratotherium simum), Indian (Rhinoceros unicornis), Javan (Rhinoceros sondaicus) and Sumatran (Dicerorhinus sumatrenis). Historically all have been kept in captivity but only three species can now be found in captive situations; white, black and Indian.

The last Javan rhino in captivity (named Rhini) passed away at Adelaide Zoo in 1907. A lot of Javan rhino, such as Rhini, were mistakenly thought to be the closely related Indian rhino. The Javan rhino never bred in captivity and this was probably because their specific needs were not being met.

The Sumatran rhino was kept in captivity outside Indonesia up until November 2015. Between 1985 and 1995 forty Sumatran rhino were captured and sent all across the globe to ten institutions as part of an international breeding programme. Unfortunately, twenty-three of these died and severe health issues invariably undermined the breeding efforts. It soon became apparent that techniques and methods that had successfully been used to breed the African and Indian rhinos in captivity, failed with the Sumatran rhino.

Originating from dense rainforest meant that over exposure to the sun caused cataracts in the eyes of the rhino. Foot infections were caused by inadequate substrate and intestinal issues developed due to the change in diet. It was evident that the conditions provided in captivity were not conducive to good animal welfare. While five remained in Asian zoos, twelve other animals were sent from zoos around the world to form three sanctuaries in South-East Asia. It was hoped that being back in the semi-natural forest environment would encourage breeding. The sanctuary at Way Kambas National Park, Sumatra, has since produced two calves.

It was clear that providing good enough welfare for the Sumatran rhino could not be achieved at the time, something that was not known by the well-intentioned conservationists. The three species currently kept in captivity reproduce well and their numbers in the breeding programmes continue to increase. Having said that, breeding success alone should never be considered an indicator of good welfare.

When considering caring for rhinos in captivity, planning for the highest welfare will lead to healthy animals and breeding success. As the saying goes, ‘prevention is better than cure’ and this is certainly the case when keeping animals in captivity. Providing the animals with as much as they need can prevent health or behavioural issues occurring.

Enclosure design should be planned in depth. Providing enough space for an animal is of course important but this space must be utilisable space. Topography of the land must be considered, for example steep hills or ditches would not be suitable when mixing a pair of black rhino that like to spar. A particularly boggy field might be more suited to the long-toed Indian rhino compared to a flat-footed African rhino. For browsing species like black and Indian rhino, large space outside the enclosure might need to be allocated for growing browse (leafy branches) sustainably if other sources are not available.

Browse is particularly important for the black and Sumatran rhino, which suffer from iron overload disorder. Advancements in research concludes that nutrition is a huge contributing factor to this problem so the produce and roughage provided to the rhino should be tested frequently to ascertain its iron content and browse should be provided as much as possible to help prevent it. In short, tannins within the browse help to bind iron making it easier to be ejected from the body and therefore reducing the potential for overload.

Mud wallows are essential to prevent fly bites, skin issues and they help keep rhino cool on warmer days. Rhino have poor eyesight and some are easily startled, but this can be avoided by giving the animal enough room around the enclosure so they can acclimatise to the presence of a keeper or zoo guest.

Captive facilities must assess the financial implications before accepting any animals, can the facility afford to keep rhino long-term and provide a high standard of welfare or will welfare be compromised? Consideration needs to be given to feed costs, keeper salary, keeper CPD, veterinary bills, and enclosure repairs and improvements. Thought must also be given to any potential offspring if breeding occurs.

Forming a bond with rhino

Improvement to welfare can always be made with new methods, research and scientific advancements. Communicating with other rhino keepers and researchers across the world can be a very useful way to obtain information. Sometimes, regardless of planning, problems occur and when they do it is important to share this information to prevent it from happening again.

Animal keeping staff must be chosen appropriately to ensure the best for rhino welfare. Experience with rhinos is essential and it requires someone that has the passion and drive to continue to develop techniques and methods to improve lives. Similarly, building a relationship with rhinos and knowing them individually has great benefits. Keepers with a close bond to an animal will know normal behavioural quirks and be able to spot a problem sooner.

Husbandry training or conditioning is a great way to create a bond with a rhino. A good bond is formed when an animal knows that being with a keeper is a positive and rewarding experience and actively seeks that attention. Training also enables a keeper to physically get closer to the animal, meaning health checks can take place on hard to reach areas like feet soles, teeth and internal organs.

A rhino keeper must have a good work ethic, remembering that a keeper’s quality of work is an animal’s quality of life. Above all, we must always look to a rhino’s natural history and we must ask ourselves what do rhinos do in the wild and why?