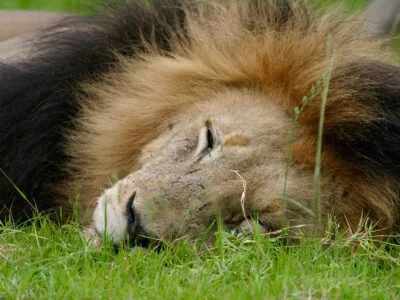 Wild Welfare has welcomed the release of a draft policy document from the South African government, detailing the conservation and sustainable use of elephant, lion, leopard and rhino in the country.

These practices include the captive breeding of lions and rhinoceros, canned and wild hunting of certain wild animal species, the trade in wild animals and their body parts (particularly elephants and rhino), and the poor management of protected areas.

Across South Africa the practice of large predator farming for the canned hunting and lion and tiger bone industries has continued unabated and largely unregulated for many years, despite numerous animal welfare concerns.

In response to the recently released draft policy – now open for public comment – Wild Welfare’s acting UK director, Simon Marsh, and field director, Dave Morgan, have written to the Director-General of the Department of Forestry, Fisheries and the Environment to offer the charity’s support. The letter can be read below.

Re: Draft Policy on the Conservation and Ecologically Sustainable Use of Elephant, Lion, Leopard and Rhinoceros

We, Wild Welfare, would like to highly commend you and your government on the recent government gazette No. 44776, namely the draft policy on the conservation and ecologically sustainable use of elephant, lion, leopard, and rhinoceros.

Addressing the irresponsible, unethical, and unsustainable conservation management, breeding, trade and hunting of certain species in South Africa must be a priority and we are extremely pleased to see that this government is tackling these issues.

As well as the conservation implications relating to these unregulated and unethical practices that have gone on for many years, for example, the captive breeding of lions and rhinoceros, canned and wild hunting of species (particularly lions and leopards), the trade in animals and their body parts (particularly elephants and rhino), and the poor management of protected areas and the lack of involvement of communities in the management of wild areas, there are serious animal welfare concerns relating to many of the aforementioned issues.

We, Wild Welfare, support this draft policy in addressing the animal welfare issues attached to the unregulated keeping, breeding and hunting of species in South Africa, particularly the shocking condition lions and other species are kept, bred and killed in, in canned hunting facilities.

This policy will place South Africa back at the forefront in wild animal conservation and wild animal welfare, with a positive effect on your country’s reputation and standing in the international communities.