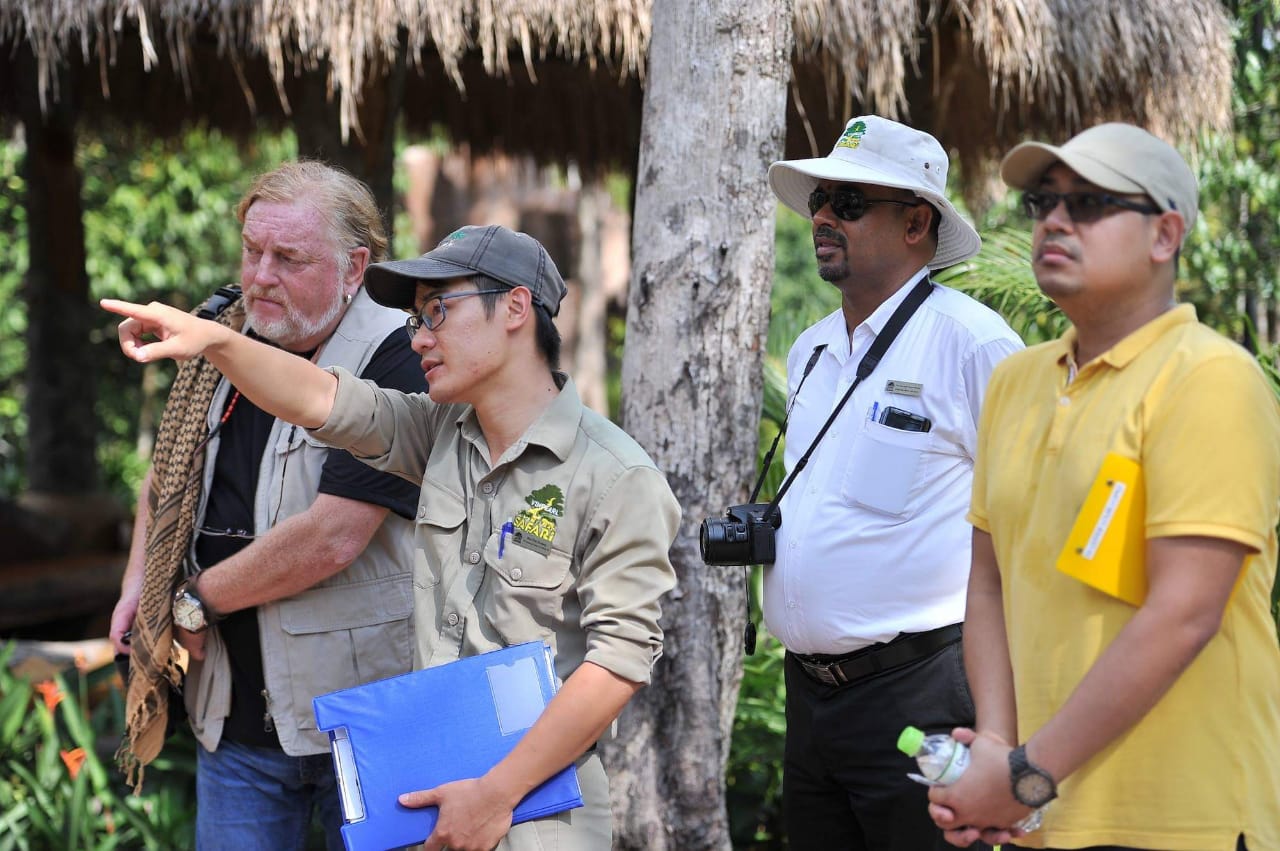 The Wild welfare team has been visiting Southeast Asia, where we have continued to assist in delivering the roll out of the Southeast Asian Zoos and Aquariums Association (SEAZA)’s welfare certification programme.

Following on from a successful visit to Southeast Asia earlier this year, Wild Welfare’s field director, Dave Morgan, has recently returned from Vietnam and Indonesia, where SEAZA’s welfare certification programme continues to advance, with us undertaking the second round of auditor training and the assessment of three SEAZA zoos against the Association’s new welfare standard.

Dave Morgan said: “I was greatly heartened by how quickly our trainee welfare auditors in both countries grasped the principles of auditing against a set standard. It requires a particular mind-set and is sometimes counter-intuitive to one’s professional understanding of how zoos work.

“The SEAZA international and in-country auditors performed very well during the audits, and as per the requirements of the SEAZA Standard of Welfare, focused solely on the provision of appropriate welfare in the zoos inspected. I am confident that the SEAZA auditors will be quite competent in moving forward with the welfare certification process.”

In Vietnam, 11 trainee auditors and 12 participants from four facilities across Vietnam attended training. A welfare audit was carried out at VinPearl Safari on Phu Quoc island. The audit was headed up by auditors Dr Sumate Kalmolnorranath from Thailand, Willem Manansang from Indonesia (chair of the SEAZA welfare and ethics committee), Dr Lester Louis Lopez from the Philippines and Mr Tung Dang and Mr Thai Truyen from the Vietnam Zoos Association (VZA), all of who have had previous auditor training and experience.

There were ten trainee auditors and 16 participants from Indonesian facilities at the auditor training and assessments carried out at Bali Safari and Marine Park (Taman Safari Indonesia) and Bali Zoo. Dr Lopez headed up the Bali Safari audit and Willem Manansang the Bali Zoo audit. The Indonesian team members also consisted of people from the Indonesian Zoo Association (PKBSI), including Drs Ligiya Tumbelaka and Wisnu Wardana. Dr Sumate Kamolnorranath from the Zoological Park Organisation (ZPO) Thailand, completed the international audit team for both Bali facilities.

Chair of the SEAZA committee for welfare and ethics, Willem Manansang, said: “With Wild Welfare’s assistance and support, SEAZA has now successfully assesed five institutions in Thailand, Vietnam and Indonesia, in addition to training several groups of auditors for future assessments in the region.”

Many regional zoo associations have accreditation processes that look at the entirety of zoo operations, including visitor amenities, education, conservation and so on and welfare is only one component of the processes. The SEAZA Standard is quite different, concentrating only on welfare – something that is very positive for Wild Welfare’s main focus of achieving increased standards of welfare for zoo animals across the Southeast Asian region.

“We are confident that all SEAZA members that are also WAZA members at the same time will be assessed by the SEAZA animal welfare and ethics committee by 2023, complying with WAZA targets.”

The World Association of Zoos and Aquariums (WAZA) is the umbrella organisation for the world zoo and aquarium community and has several members across the Southeast Asian region that are also SEAZA members.

The VZA has an approximately 20-strong zoo membership and next year the plans include the now trained Vietnamese auditing team assessing a further four VZA zoos, with the Indonesian team auditing another four Indonesian facilities.

Later this year Wild Welfare has been invited back to Vietnam to attend the VZA’s annual meeting, where we will assist in lobbying for VZA to adopt the SEAZA Welfare Standard as its own association standard, something we hope to further improve animal welfare across member zoos in the country.

In order to continue taking the programme forward across the Southeast Asian region, Wild Welfare has plans for further auditor and assessment training and zoo audits in the Philippines, Taiwan, Malaysia, Singapore and possibly Myanmar throughout 2020.

Our thanks go to Wildlife Reserves Singapore1, whose funding is helping Wild Welfare support SEAZA with this project to establish and enact the animal welfare and husbandry standard across the Southeast Asian region.