When can a natural behaviour become harmful in captivity? 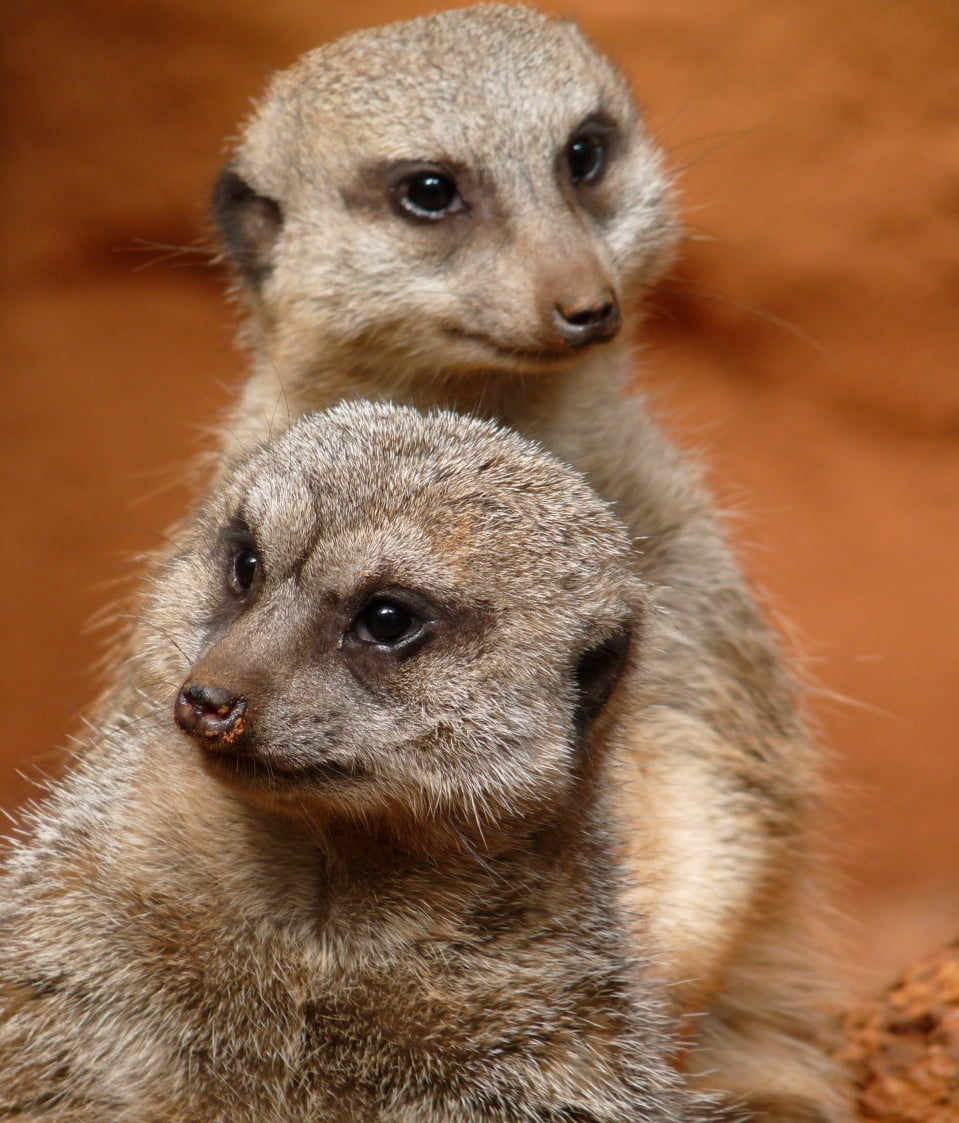 The modern zoo and aquarium has come a long way since the days of observing animals in barren, barred enclosures, instead striving to create natural and authentic environments. Achieving these natural states is often a key criteria in management guidelines, encouraging animals to perform their species specific behavioural repertoire within the confines of their enclosure.  Put simply, if it’s a behaviour an animal does in the wild – where it has a high degree of agency – it’s assumed that the animal wants to, or needs to carry it out. So natural behaviours are generally considered good in captivity and overall this observation is correct. However there are exceptions, some unnatural behaviours aren’t necessarily bad, but natural behaviours aren’t always positive and depending on the context can even be harmful to an animals physical and psychological well-being.

What is a natural behaviour?

Describing what a natural behaviour is, isn’t as simple as it seems and perhaps it’s easier to firstly think about what an unnatural behaviour might look like. When it comes to zoos and aquariums, we often hear of animals that demonstrate “abnormal” behaviours, often as a result of being in captivity. Behaviours that are categorised as “stereotypical” or “displacement” and are often characterised under the collective name of zoochosis, are often indicators that an animal is not coping with its physical and/or social environment. These are considered abnormal, as opposed to normal or natural behaviours and are usually behaviours that wouldn’t normally be seen within that species behavioural repertoire or is a natural behaviour that is displayed out of context and potentially harmful. These abnormal behaviours can have a significant and negative impact on an animal’s mental and physical state. However, it is not always as clear-cut as that. Some abnormal behaviours can sometimes become adaptive coping mechanisms and an effective way of dealing with stress for animals. Some abnormal behaviours may have no obvious or immediate impact on the animals well-being, while others can become acutely harmful, very quickly.  Finally, some behaviours considered abnormal for that species may actually be considered “normal” for an individual and consequently un-harmful or even positive in some cases.

So how can we define what a natural behaviour is for a wild animal in captivity and how can we determine whether that behaviour is positive or negative for that individual? What are the implications for animal’s kept in captivity or used for animal shows within zoos and aquariums? To start with, there are abnormal behaviours that are totally uncharacteristic of a species’ natural repertoire and some that started out as natural behaviours that have turned sour. With the latter, what was once natural, can become abnormal if carried out for an abnormal length of time or may be displayed irregularly or repetitively by that animal.

Natural behaviours can be harmful depending on the context

Basic, positive and natural behaviours such as pacing a territory, resting, grooming or allogrooming, can all become abnormal if carried out under uncharacteristic circumstances. For example, a tiger will naturally patrol its territory, checking for new sights or smells. However, repeated and purposeless pacing within a limited area is indicative of something more. So while some behaviours are natural they can still be detrimental to an animal’s welfare if they start being carried out with no obvious positive function or goal.

A natural behaviour is one an animal would typically exhibit in the wild, because the behaviour is either pleasurable, elicits a pleasurable outcome and/or promotes biological functioning and survival (part of a species’ normal repertoire.)

Within the above description there is an important distinction between a behaviour being pleasurable and/or promotes survival, the latter meaning that not all natural behaviours are necessarily positive experiences. The ability to flee from a predator springs to mind. At the time, its doubtful that the experience is pleasurable, it’s more of a flight or flight response and not much thought will have gone into it other than just to escape as it is essential for survival! The behaviour may even be considered neutral (the animal neither experiences positive or negative feelings) as, assuming they aren’t the animal caught, they can recover quickly. However, prey species can be suffer in captivity due this nervous disposition and removing that natural “fear response” might help some  “cope” better, but would this mean that those animals are no longer acting naturally, does that matter? (n.b this is ethical dilemma that is far too large to discuss in this blog!).

We can only measure what we see, we can never truly know what an animal feels.

But we can make an educated guess and it makes sense to focus on minimising unnatural behaviours and promoting natural ones as these are most likely to result in positive experiences. However it is not just the behaviour, but the outcome of that behaviour that can elicit a pleasurable experience. For example the behaviour of browsing/mastication, leads to the outcome of taste/satiation. We cannot say that the behaviours don’t elicit a pleasurable experience (we all know that the anticipation of food can sometimes be better than the actual thing!) but it isn’t automatically a given. Equally the outcome may not be as satisfying as one expects. Therefore if the behaviour itself is not positive (or even harmful – over-pacing by cats can cause foot, joint or muscular injuries) and the outcome has no obvious goal, one can assume that the animal will not be getting pleasure from it. It is the behaviour, outcome or combination of the two that can give rise to positive welfare and limiting just one aspect could have an impact on an animal’s overall welfare state.

With that in mind and on the flip side, potentially “abnormal” or “unnatural” behaviours can be pleasurable. Interactions between a human and wild animal, can be positive if the outcome is still pleasurable – a human scratching a Zebra’s wither is imitating a natural behaviour that would happen between the species, therefore if the zebra is conditioned to this “unnatural” interaction, the outcome will still be the same despite the interaction being unnatural. If an unnatural or abnormal behaviour elicits a pleasurable response (while not effecting the animal’s physical health) it can still be positive to that animal. Therefore, while “normal” and “natural” are often interchangeable terms used in captivity, they aren’t the same thing when identifying potentially harmful behaviours.

What’s “normal” depends on the individual

With a behaviour that is uncharacteristic or abnormal for a species, it can be easier to determine if it is detrimental to an animal’s welfare if we look at what the behaviour is. Self-mutilation such as nail pulling or bar licking or biting is fairly self-explanatory in terms of the animal’s physical and psychological welfare, although these can also be learned behaviours and not always the result of the immediate environment. They might be passed down from adults to younger members, or may be the result of a past environment and despite there no longer being a sense of threat or stress in a new situation, the behaviour can persist. In this case it may be detrimental to the animal’s physical well-being only, but only providing a neutral experience. However, if the behaviour is not one that is obviously physically harmful, uncharacteristic actions are harder to analyse unless you truly know that individual animal.

A normal behaviour is one that is most consistent with common behaviours for that animal and individual and appropriate to the particular situation. This differs from behaviours considered unusual, repetitive, irregular, or not those an animal would choose to do if left to their own devices. But just like us, individual animals have the capacity to have different needs and therefore behaviours, some that might seem abnormal if not taken within the context of an individual’s own characteristics and circumstances.

Considering that natural behaviours are not always positive and unnatural behaviours are not always negative, how do we know whether a behaviour is purposeful and positive to an animal or not? Ethograms are one such way of tabulating different behaviours observed in an animal and used to evaluate positive, negative and preferred behaviours in that individual. But these only record when and how often a behaviour is carried out and other factors such as individual preferences and external conditions preceding, at the time and post the behaviour, need to be considered to get a more thorough understanding of the animal’s possible mental state. Knowing the individual animal’s preferential needs and behaviours makes it much more likely that a behaviour, natural or unnatural, can be identified as resulting in a positive, neutral or negative experience.

What does this all mean for an animal’s welfare in captivity?

In good zoos, record keeping ensures that each animal is individually known. Staff know each animal they work with, their normal individual and species repertoire of behaviours, and they regularly observe their physical and mental well-being. This means changes in behaviour can be quickly identified and addressed. But there are many zoos where either no form of individual identification exists and/or the staff have no knowledge about species-specific behavioural needs. Abnormal behaviours go unnoticed or are simply seen as being part of an animal’s normal repertoire. Too often, abnormal behaviours can be misinterpreted as a health problem and attempts are made to treat them through medical management instead of addressing the underlying environmental problems instead.

Ultimately, regardless of the type of facility, animals in captivity live in unnatural environments. However, good zoos can still provide appropriate conditions within that environment for a species to carry out functional and positive behaviours. A natural looking environment may look nice, but will still result in a negative state for the animal if it is not tailored towards meeting the animal’s specific behavioural needs. The same applies to management such as feeding delivery, keeper interactions, social grouping etc. Within the confines of animal shows, an animal should not be made to carry out a behaviour it would not naturally perform in the wild, or be forced to do something it would not voluntary carry out if given free choice. Accepting not all behaviours in animal shows have to be positive but can be neutral for an animal, it is not acceptable if those behaviours become negative. Providing species appropriate choices is key, something that is not always possible within the boundaries of a zoo environment and will require reconsideration of animal shows and visitor-animal interactions, but this is what all captive facilities need to be striving to achieve.