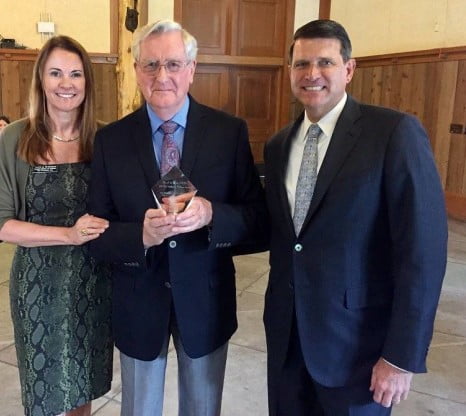 Huge congratulations go to Wild Welfare’s founder, Dr David Jones, who has been honoured with the San Francisco Zoo Hal Markowitz Award, for his work on captive animal wellness.

The Hal Markowitz Award recognises the achievement of individuals who have made a significant impact on the thinking and practice of those who care for captive wild animals.

David Jones founded Wild Welfare in 2012. He is a veterinary surgeon and zoologist by training and is Director Emeritus of North Carolina Zoo, having run it for 22 years. Previously, he was CEO of the Zoological Society of London (ZSL) and has spent a nearly fifty-year career in the fields of wildlife and zoo management. Dr Jones said he was thrilled to be honoured with the award.

The award is named after the late Hal Markowitz, Professor of Animal Behaviour at San Francisco State University, the first director of the Oregon Zoological Research Centre and research director at the San Francisco Zoo. Markowitz worked to design better zoos for wildlife, making significant contributions to expand the way those caring for wild animals in captivity think about enrichment. He was well-known for his research on marine mammals and primates and authored the books, Behavioral Enrichment in the Zoo and Enriching Animal Lives.