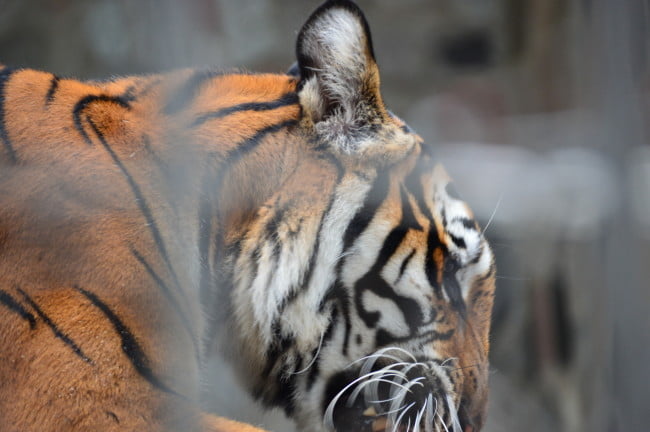 UK animal welfare charity Wild Welfare has responded to a TV documentary on the subject of people who own big cats and other wild animals in the UK.

Wild Welfare’s acting UK director, Simon Marsh, said: “We don’t consider private ownership the right setting for wild animals like tigers, lions or primates. Animals are not status symbols, or items for people to purchase for their own vanity, they are sentient beings.

“When it comes to wild animals, we must remember they are just that – wild – regardless of where they are born and how they are raised, they have wild instincts and behaviours and have specialist care and welfare needs.”

In the UK, keeping wild animals such as tigers requires individuals to comply with the Dangerous Wild Animals Act 1976, but the Act mainly focuses on public safety and does not prioritise animal welfare.

“The private ownership of wildlife has no conservation or education value and there are serious potential shortcomings in terms of animal welfare,” Simon Marsh added.

“The Dangerous Wild Animal Act is there to ensure public safety, which of course is important, but animal welfare is paramount too. And welfare isn’t just is an animal physically healthy, but are they mentally healthy as well?”

A recent report published by wildlife charity Born Free, stated that more than 4,000 wild animals, including lions, tigers and elephants are being kept legally as exotic pets in the UK.

The documentary gave an insight into the wild animals kept by an animal trainer that trains lions, monkeys, tigers and other wild animals for use in television and film, with the programme showing monkeys putting make-up on the presenter and a lion being made to growl on command.

“What kind of message are we sending to the general public when we’re training intelligent, social animals like monkeys to paint on someone’s face for entertainment,” Simon Marsh added.

“All those responsible for captive wildlife have a responsibility to educate the public about a wild animal’s natural behaviour and abilities, and to care for them so they can live a good life in captivity, not a life where their welfare comes second to human entertainment.”

Wild Welfare works in more than ten countries worldwide, on projects that focus on ensuring wild animals living in captive facilities such as wildlife sanctuaries, zoos and aquariums receive proper care and welfare and can thrive.

The charity shared its concerns over keeping primates as pets in England earlier this year, when contributing to a government consultation on the subject.