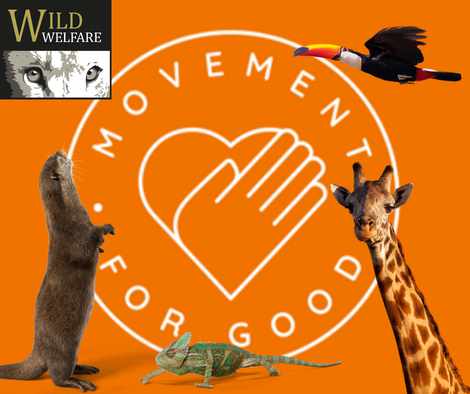 Wild Welfare recently won a £1,000 Movement for Good award thanks to nominations from the public.

Wild Welfare is one of 500 winners in specialist insurer Ecclesiastical’s Movement for Good awards, which is giving £1million to charities this summer.

The impact that this money can have is significant. With an estimate of 10,000 captive wild animal facilities worldwide and poor animal welfare widely prevalent in a considerable number of these facilities, potentially thousands of animals are suffering in captivity around the world.

Zoos can be a divisive issue, but we are the first and only project-led, captive wild animal welfare initiative that aims to minimise condemnation and division around captive animal welfare, whilst maximising action and improving the lives of animals.

Through our work we are seeing a tangible welfare impact. Led by animal welfare experts, we create initiatives that support trusting partnerships, provide training, policy advice and deliver long-term solutions to the most critical issues facing wild animals in captivity.

Sarah Blake, Wild Welfare’s Projects and Development Manager, said: “The entire Wild Welfare team is incredibly grateful to each and every one of our supporters who nominated us for this award.

“During these difficult times, an injection of funds is a much needed burst of optimism to ensure the charity can continue to help thousands of captive wild animals around the world.”

Wild Welfare is already working in more than ten countries around the world and this funding enables even more facilities to be reached, helping to improve hundreds of animals’ lives across the globe.

Mark Hews, group chief executive at Ecclesiastical, commented on the awards, thanking the people who took  the time to nominate, highlighting the difference £1,000 can make to the work charities do.