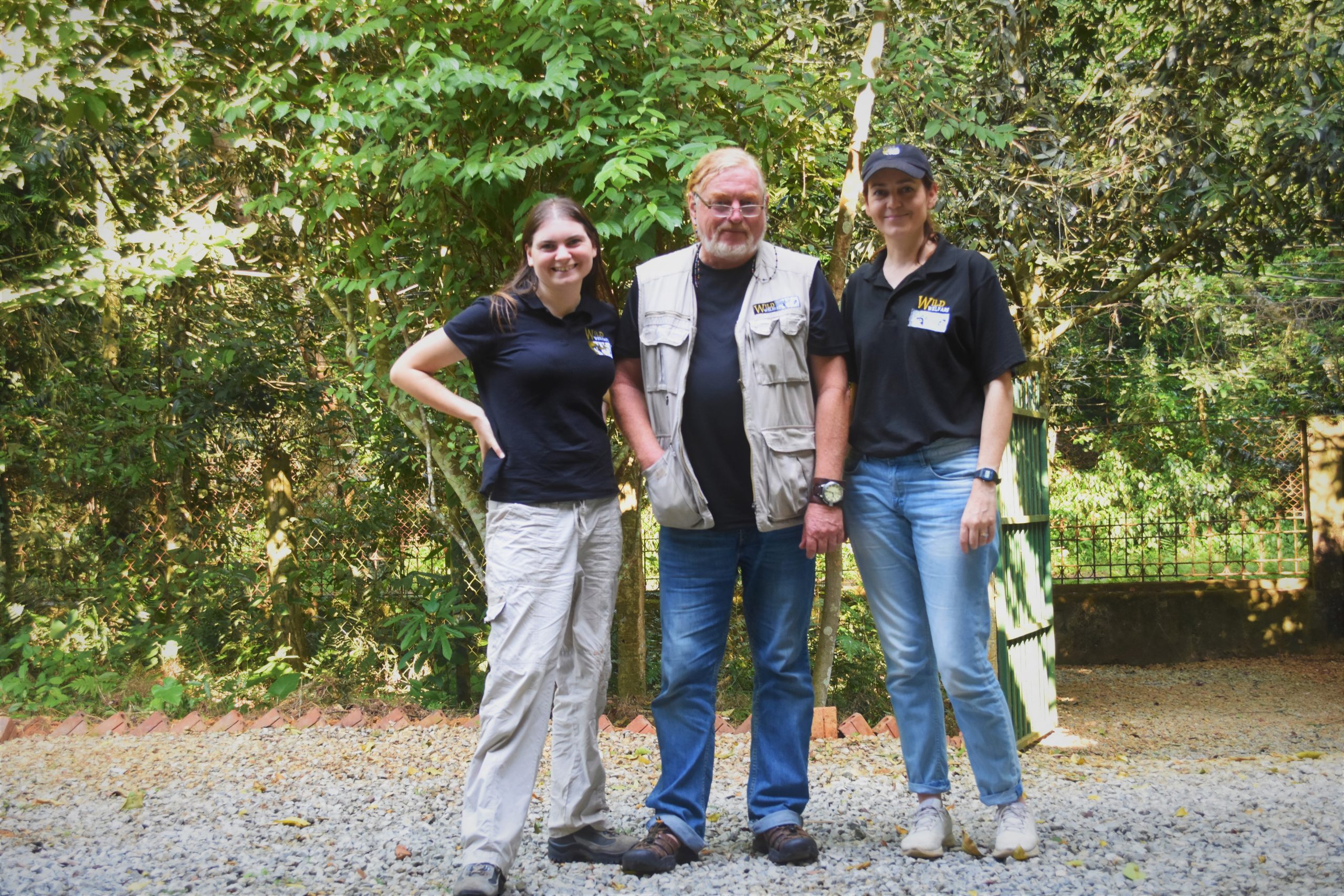 As the brand new year of 2020 has begun, the Wild Welfare team has been in a ruminative mood about what was achieved in the past year. Though we are small, our reach is far and our determination is resolute. 2019 was a year of many successes to celebrate and lessons learned on how we can move our work further into the future, helping more animals around the world. In our first blog of the year, our team  each share one 2019 highlight and why it impacted them so much.

Georgina Groves, Wild Welfare’s executive director had this to say:

Starting work on the issue of animal cafés in Japan has been a really important aspect of 2019 for me. Having personally visited some of these cafés, it was clear that animal welfare is far from being a priority for many of them.

“Potentially thousands of exotic species are kept in these city cafés for the public to pet and most of the animals within these cafés will have sub-par welfare, feeling fear, frustration and stress due to their surroundings and consistent proximity to humans.

“I’ve seen fennec foxes, which are a nocturnal species, unable to sleep throughout the day as all they had to sleep on was a plank of wood up against a large window, in the middle of constant noise and disturbance of visitors to the café. 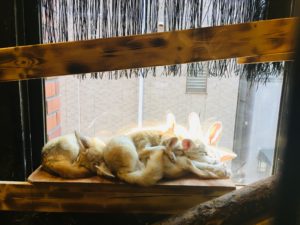 There were capybara, which are a semi-aquatic species and need water for their health, without a pool to swim or even dwell in, and even a few flamingos, which are nervous outside of a large flock situation.

“There’s a distinct lack of legislation that would protect animals from enduring such conditions in Japan, which is something that we are working with others to try and address. After seeing welfare issues first-hand and realising the scale of the problem, I wanted to be able to move forward with how we can improve the situation. 2019 has involved a lot of planning and forming partnerships with others concerned about these cafés, and I am very excited about what we have planned for 2020.”

Our field director, Dave Morgan, said this about his year:

In Lok Kawi Wildlife Park in Sabah, I met an elephant called Ganesh. He is an 11-year-old bull and would teach me to appreciate the depth of elephant cognition even more than I already did.

“At the time that I met him, myself and my colleague were training a couple of the younger bulls within the heard in the concept of protected contact training.

“This is a system for managing elephants that uses positive reinforcement training as the primary method to modify behaviour. Voluntary cooperation of the animal is gained through the use of rewards and positioning is directed by targets. We were asking the young bulls to touch a target with their large domed forehead but hadn’t yet started training Ganesh.

“As it turned out, Ganesh didn’t need training. During a pause in our activities, he came forward and immediately placed his forehead on the target without ever having been trained to do so. He had learned this behaviour solely through observational learning while the others were being trained. The moment spoke so sharply to me of the extent of elephant intellect and was definitely a highlight of my year.”

Simon Marsh, the charity’s operations manager spoke about the project he is most passionate about:

The best part of my year has definitely been how the Partner for Animals programme has taken off. The North Carolina Zoo (NCZ) and Zoological Parks Organisation Thailand  (ZPO) project was the first official partnership to be formed and it was amazing to see how much of an impact it had in such a short space of time.

“The two sets of 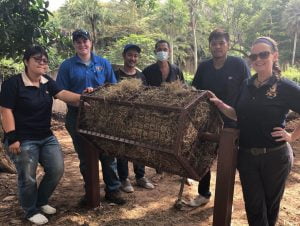 teams worked so well together and were both eager to learn and teach each other which was fantastic to witness and be a part of.

“The biggest highlight from this partnership is how the staff at the two project zoos are continuing to progress after the first visit by NCZ and Wild Welfare. They embraced what they had learned from the training workshops and developed their own ideas for enrichment and animal welfare improvements which have been going from strength to strength.

“We get sent very encouraging updates such as photos and videos of animals which are interacting with enrichment and enjoying more suitable and stimulating environments.

“The sharing of ideas between the partners is ongoing and they are already planning their next visit, building on the improvements made already. I think the positive relationship between all the parties involved is key to the success of this partnership. It gives me confidence that the Partner for Animals programme is going to make a huge difference to zoos around the world.”

My highlight this year was the launch of the fundraising pages on our website. From my point of view, this was a new and exciting way of offering supporters a range of new methods to get involved and support our work in a way that was not available before.

“I love being part of a charity and helping it grow so to see each new donation come through to us since launching the pages was an exciting and heartening acquisition.

“2019 was a year of many firsts such as our very first challenge event and of particular note our first Christmas appeal. This was a highlight in its own right as we managed to raise nearly £4,000 to support our project. Developing an enthusiastic supporter base has been hugely rewarding and I would like to personally thank everyone who has donated and raised funds for Wild Welfare this year. Thank you for helping us to help more animals around the world.”

“I thought the best part of my year would involve animals, but I was wrong. Instead of thinking wistfully back to an encounter with a beautiful rhino whose hot breath blew into my face as we said hello, or the joy I felt watching a troop of langurs sleepily groom each other in a state of relaxed bliss, my highlight has actually been the people I have met whilst working for Wild Welfare. The team is simply incredible.

Getting to know these passionate, dedicated and incredibly knowledgeable individuals over the past few months has been a real honour and seeing how they tirelessly work for the good of global animal welfare has been inspiring. 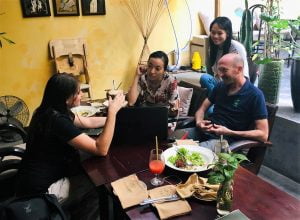 “However, it’s not only the Wild Welfare staff that have made my year, it’s been the people that we have worked alongside too. Keepers eager to learn how to utilise enrichment for their animals or chairmen of organisations who are keen to hear what we have to say and work alongside us for a collaborative goal.

“These people have all given me hope. Working for Wild Welfare can expose you to some truly horrific sights but knowing that all the people I have met are actively working to make as much positive change as possible and being part of that change myself ,has given me a resolute hope that together we can make a difference.”